In conflict with Thiers on the IG, Laguiole files an appeal

“We filed an appeal, because it is absurd, the decision (of the INPI) goes against the spirit of the law on geographical indications, which wants to relocate and localize production. 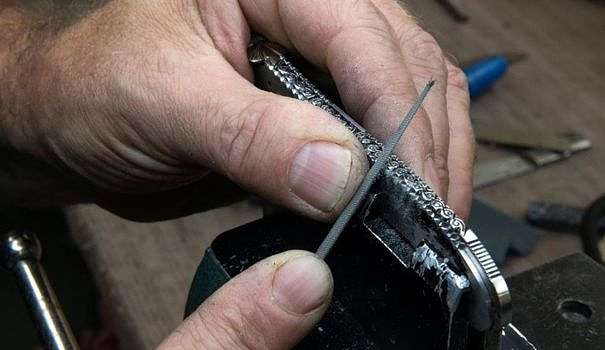 “We filed an appeal, because it is absurd, the decision (of the INPI) goes against the spirit of the law on geographical indications, which wants to relocate and localize production. It's the opposite," Honoré Durand, president of the Syndicate of Aveyron manufacturers of the Laguiole knife, told AFP on Thursday.

The appeal was filed last week before the Aix-en-Provence Court of Appeal.

On September 23, the National Institute of Industrial Property (INPI) decided in favor of the cutlers of Thiers by creating a "Laguiole knife" GI, designating an authorized production zone grouping 94 municipalities in the departments of Aveyron, where located the village of Laguiole which gave its name to the knife, Lozère, Cantal, Loire, Allier and Puy-de-Dôme, where Thiers is located.

"Including Lozère, Cantal, Loire, Allier is unusual," said Mr. Durand. "If a product bears the name of a community, a territory, it must be produced in this territory. Otherwise, the consumer is deceived. And we make Bordeaux in Dijon, Champagne in Limoux".

"In a department, Puy-de-Dôme, located more than 200 kilometers from the village of Laguiole, a new geographical indication was born: the Laguiole knife", ironically the signatories.

Two requests from IG for the Laguiole knife had been sent to the INPI. One emanating from Laguiole, offering the north of Aveyron as a production area, while allowing Thiers to continue to produce Laguiole knives. It is the second, formulated by Thiers, which was finally retained.

"How can a Geographical Indication be recognized without the main community, the one bearing the geographical name, which refused the project, being involved in the process? Can we seriously force the cutlers of the village of Laguiole to adhere to a GI that they have not chosen, under penalty of being prohibited from using the Laguiole denomination?" ask elected officials in the text sent to the Élysée.

For the mayor of Laguiole, "Thiers is the capital of cutlery and we thank them for having ensured the continuity of the manufacture of Laguiole when it had collapsed in Aveyron" after the Second World War, "but it remains an identity product of Laguiole".

The INPI investigation file established that subcontracting relations between Laguiole and Thiers had existed since 1868.