In Béthunois, seven municipalities join forces for a rural police

His village of Essars, 1,600 inhabitants, is one of seven municipalities located within a radius of twenty kilometers around Béthune which have chosen to take advantage of this police force managed by an inter-municipal syndicate with multiple vocations (SIVOM), a first in France. 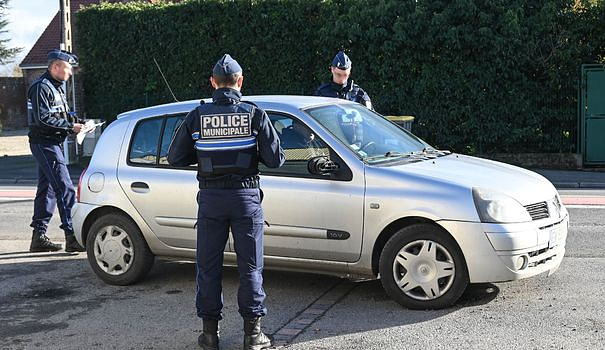 His village of Essars, 1,600 inhabitants, is one of seven municipalities located within a radius of twenty kilometers around Béthune which have chosen to take advantage of this police force managed by an inter-municipal syndicate with multiple vocations (SIVOM), a first in France.

The 2021 global security law "now allows municipal unions like ours to pool inter-municipal municipal police on a discontinuous territory, which was not the case before", details Pierre-Emmanuel Gibson, president of SIVOM du Béthunois, which has 29 municipalities.

The seven municipalities concerned by the project, from 500 to 3,500 inhabitants, can now count on this police, "mobilized every day, as well equipped and provided as that of a large city", he continues. "They would never have been able to claim such a service" without this law.

The six police officers of this brigade - ex-agents of other municipal police or prison guards - were recruited from among 180 candidates. Their leader, Thomas Léonard, is a former gendarme

On this November day, they chain, in blue uniform, road checks, pedestrian rounds on a slag heap and securing school exits.

"We really insist on proximity," says Mr. Leonard. "Our goal is therefore to take the time and create contact with the inhabitants. We manage the little everyday worries."

For Yvette Drain, 70, who lives with her husband a few streets from a very busy departmental road, "this police reassures and discourages indelicate people".

The pooling of services above all allows municipalities to share the costs, with a contribution of twenty euros per year and per inhabitant.

"We could not have hired even a part-time rural warden", assures Rosemonde Mullet, mayor of Ecquedecques, 516 inhabitants, while two agents secure the exit of the school.

"Just look at the behavior of motorists: the presence of the police makes you slow down instantly, it's magic," she continues.

The mayor of Verquin, Thierry Tassez, assures him: "We no longer have the feeling of insecurity, but the feeling of security." He notes that motocross rodeos have decreased on the protected heaps of his town of 3,500 inhabitants.

This inter-municipal municipal police operates under the authority of the mayors, "who give the directives and the missions", specifies Mr. Gibson. Some 169 interventions have been carried out since the launch in June.

The brigade is equipped with "three brand new cars, two motorcycles" and will have "firearms and pedestrian cameras from January", details Thomas Léonard.

Once a problem, the discontinuity of the territory is no longer one. In the event of an infraction or misdemeanor during transit between two municipalities concerned by this policy, the agents are required to intervene or notify the police.

"That we have to create a new municipal police to make up for the lack of resources of an existing police force, however good it may be, is regrettable", notes however Gaëtan D'Alessandro, SNCF agent who came to meet the agents during a roadside check in front of his house.

But the "missions are different from those of the national police or the gendarmerie", replies Mr. Léonard. "We only intervene where the state security forces no longer have the human means to go."

An eighth municipality will integrate the device in January and this project gives ideas, elsewhere in France.

“We are a bit of a pilot fish,” laughs Mr. Gibson. "We are approached by other territories in France who aspire to have the same service, especially in rural areas".