In Australia, dams block the horizon of platypus

Animal endemic to Australia, the platypus, which is one of the rare mammals to lay eggs, is currently considered by the International Union for Conservation of Nature (IUCN) as a "near threatened" species. 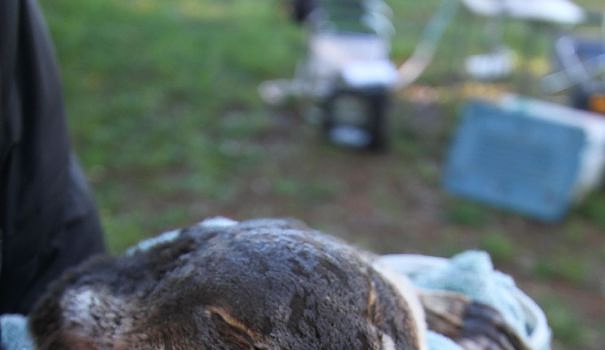 Animal endemic to Australia, the platypus, which is one of the rare mammals to lay eggs, is currently considered by the International Union for Conservation of Nature (IUCN) as a "near threatened" species.

According to recent estimates, their population has fallen by 50% since the European colonization of Australia just over two centuries ago. At issue: hunting, predation by invasive species, habitat loss and climate change which leads to drought and forest fires.

A study published this week in the journal Communications Biology warns of an additional obstacle to the conservation of the species: large river dams.

These hydraulic constructions disturb freshwater ecosystems, in particular by limiting fish migrations, and represent a "major" threat to biodiversity, write the authors of the study.

Upstream of the dams, the large reservoirs of water exposed to the wind, stagnant and deep, deplete the resources available for species accustomed to dynamic rivers – with richer biodiversity – such as certain aquatic rodents and platypus.

Mammals with duckbills and webbed feet, which spend most of the time in water but also move on land, are therefore tempted to migrate to "recolonize new habitats, and reproduce there", explains the AFP lead author, Jose Luis Mijangos, from the School of Science at the University of New South Wales (UNSW).

Especially since in Australia, most of the large dams (383 out of 495) are located along platypus habitat areas.

But they still need to be able to cross these barriers that separate them from their fellows living on the opposite bank. While some individuals have already been reported climbing over small dams, they prove unable to cross larger ones.

The biologist and his colleagues took DNA from 274 platypus living around nine rivers in the states of New South Wales and Victoria. Five of them contained a major dam measuring between 85 and 180 meters in height; four were not dammed.

They compared genes, and found that genetic differences in populations separated by river dams were between four and twenty times greater than in populations living near nearby undammed rivers.

And by estimating the number of generations of platypus born since each dam was completed, the authors found that this genetic differentiation increased over time. "This suggests that hardly any platypus have managed to cross these dams since their construction", details Jose Luis Mijangos.

As a result, "populations find themselves fragmented, with limited opportunities to migrate to more viable habitats". This fragmentation reduces group size and "gene flow", i.e. the exchange of genes between different related populations.

This continued genetic isolation could threaten the long-term survival of the species, notably by increasing the risk of inbreeding, which makes populations more vulnerable to threats such as epidemics, warns the study.

How to cure it ? By developing structures that help platypus scale dams, or by moving individuals between populations, the authors suggest.

Only about 30,000 adult individuals currently inhabit Australia, according to Jose Luis Mijangos.

If it is so important to conserve the species, it is because they are "irreplaceable mammals, with a combination of unique attributes": in addition to being oviparous, they have fearsome poisonous spines on their legs, a biofluorescent coat, ten sex chromosomes instead of two, and manage to detect their prey by electrolocation.