In an emergency, Müller wants to do it like Real Madrid

After scoring his first brace for the national soccer team, Kai Havertz wanted to quickly go home to the other end of town. 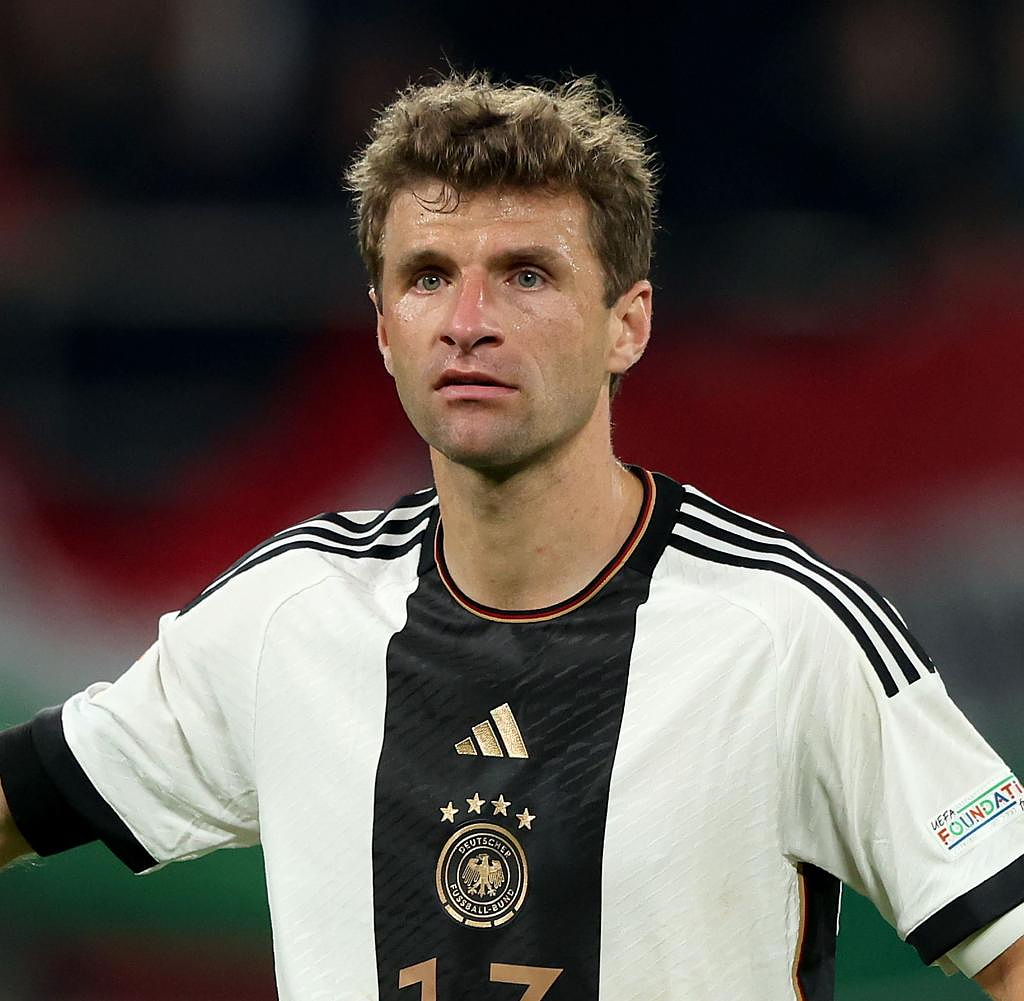 After scoring his first brace for the national soccer team, Kai Havertz wanted to quickly go home to the other end of town. Joshua Kimmich also walked through the Wembley catacombs without a word. Only Thomas Müller was in the mood to talk again and surprised with an interesting comparison after the wild 3: 3 in the World Cup dress rehearsal against England in London. For the World Cup tournament in Qatar in a few weeks, the Bayern veteran wants to copy a big club rival after the setbacks against Hungary and England.

“I was also allowed to work under Carlo Ancelotti. Real Madrid might be a role model there. Things don't always go brilliantly, but they keep their heads up, they keep believing in themselves," said Müller about the Spanish champion and his trainer, who once looked after him in Munich.

Hansi Flick will be happy to listen to this suggestion. In search of the reasons for an unsatisfactory Qatar dress rehearsal with the 0-1 draw against Hungary and the defeat of England in a turbulent final phase, the national coach wanted to focus on the good things.

"We did a lot of things well," said Flick. And: "Not giving up is what we need." The bottom line was that the 57-year-old was again disappointed. The national team is volatile in the World Cup year. A World Cup signal would have been successful against England and the tournament self-confidence that Oliver Bierhoff longed for could have been built up. "The anger prevails," said Bierhoff about the mood in the dressing room after the roller coaster performance in London.

The 2-0 lead by Ilkay Gündogan (53rd minute / penalty kick) and Havertz (67th) was given away within eleven minutes. The late equalizer after the England hat-trick again by Havertz (87th) was interpreted by Flick as an indication of strength of character. Any glimmer of hope is welcome these days as there have been seven one-win games and no clean sheets since March.

Importing, developing automatisms were Flick's guidelines for the DFB-Elf in the September international window. Now follows the mammoth program of his players with their clubs, when most have 13 games to play in six weeks. Flick travels home from London and probably has more new questions than answers for his desired World Cup formation. Dribbling artist Jamal Musiala is the only clear winner of an international training course that failed to kindle the anticipation of the World Cup in the country.

For Flick, the focus is on Munich, where his indisposed Bayern block in club football has to demonstrate a winning mentality again. "Since we have a lot of Bayern players, it would be an advantage if we had such a natural self-image, combination security, processes that you can fall back on that also work at the club. That would be cool if we could work it out," said Müller.

‹ ›
Keywords:
EnglandKatarMünchenFussballLondonKai HavertzUngarnThomas MüllerMüllerFußball)Deutschland FußballnationalmannschaftJoshua KimmichFlickHansDieter (Fußballtrainer)Nations LeagueEngland FußballnationalmannschaftThomas (SportlerRedelaune
Your comment has been forwarded to the administrator for approval.×
Warning! Will constitute a criminal offense, illegal, threatening, offensive, insulting and swearing, derogatory, defamatory, vulgar, pornographic, indecent, personality rights, damaging or similar nature in the nature of all kinds of financial content, legal, criminal and administrative responsibility for the content of the sender member / members are belong.
Related News