The star of Les Bleus and Paris Saint-Germain "and his representatives (. 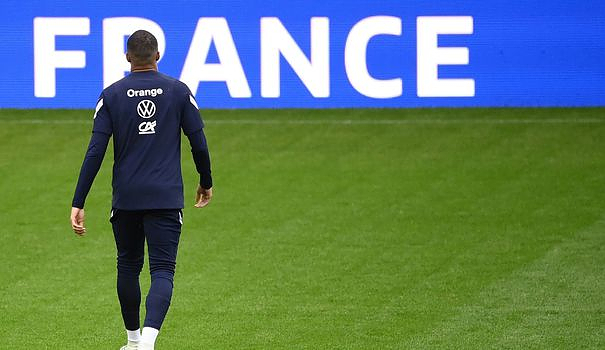 The star of Les Bleus and Paris Saint-Germain "and his representatives (...) deeply regret that no agreement could, as requested, be reached before the World Cup" on this subject which has already controversy in March.

During various meetings Mbappé's advisers, in particular his lawyer, Delphine Verheyden, had been able with the leaders of the FFF "to explain their position as to the need to modify the agreement governing the conditions of use of his image", continues the press release. , and an agreement seemed to have been reached at the beginning of June.

But the president of the FFF, Noël Le Graët, explained Monday in L'Équipe that "nothing will change between now and the World Cup".

These statements "returning the discussions after the World Cup, Kylian Mbappé, faithful to his positions and as he had indicated to the FFF, has therefore decided not to take part in the photo session scheduled for tomorrow (Tuesday)".

This decision "obviously does not call into question his total commitment and his determination to contribute to the collective success of the national team for the important sporting events to come", concludes the press release.

Asked, the FFF had not reacted in the middle of the afternoon. Noël Le Graët and François Vasseur, marketing director, are expected in the afternoon at Clairefontaine, where they will meet with players, we learned from a source familiar with the matter.