IG Metall is calling for further warning strikes in the north

After the first warning strikes in the collective bargaining dispute in the metal and electrical industry at the weekend, the IG Metall trade union has called for further work stoppages this Tuesday. 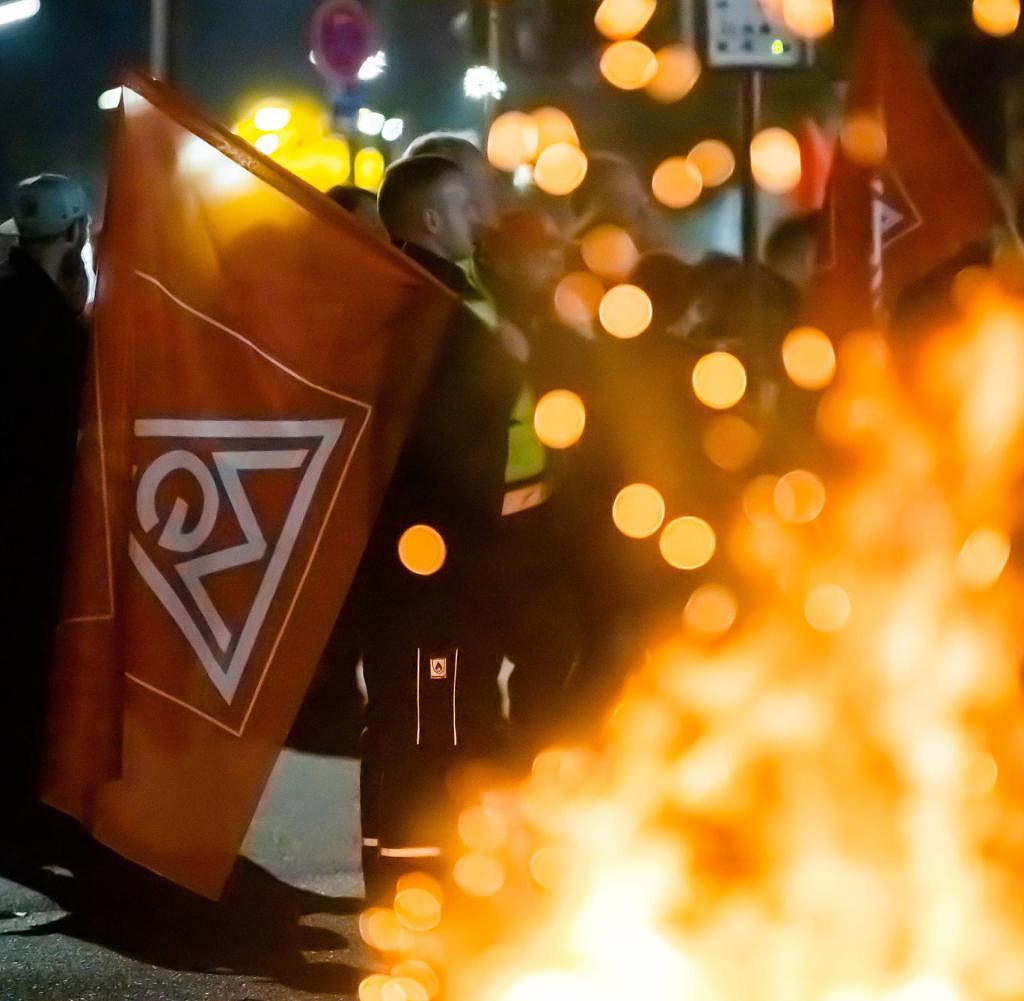 After the first warning strikes in the collective bargaining dispute in the metal and electrical industry at the weekend, the IG Metall trade union has called for further work stoppages this Tuesday. The focus was on Hamburg, Schleswig-Holstein and north-western Lower Saxony, the IG Metall Coast announced on Monday. Several thousand employees from 15 companies have been called to warning strikes lasting up to four hours.

According to IG Metall, rallies are planned in Hamburg at Airbus and SKF Marine and in Schleswig-Holstein at Stryker Trauma in Schönkirchen and Krones in Flensburg. In north-western Lower Saxony there should be rallies at Krone in Werlte, Waskönig Walter in Saterland, August Brötje in Rastede and Brötje room heating systems in Apen.

On Saturday, with the end of the peace obligation, employees of the aluminum rolling mill Speira in Hamburg, the pump manufacturer Flowtex Sihi in Itzehoe and the automotive supplier GKN Driveline in Kiel stopped work. According to IG Metall, production in the three companies stood still for up to two hours. A total of around 150 metalheads took part in the actions.

According to the information, IG Metall district manager Daniel Friedrich said to the strikers in Hamburg: “Apart from a one-off payment, the employers have so far not had anything concrete to offer. For this they now get the answer from the employees.”

Parallel to other districts, the third round of negotiations was held in Bremen last Thursday. In the coastal district, there are around 130,000 employees in Schleswig-Holstein, Mecklenburg-Western Pomerania, Hamburg, Bremen and north-western Lower Saxony. The fourth round was scheduled for November 10th in Hamburg.

The employers had previously offered one-time payments of 3000 euros and also an unspecified increase in the wage tables for a period of 30 months. The one-off payment should reach the employees directly, free of taxes and duties. The union, on the other hand, is demanding eight percent more money for the approximately 3.9 million employees nationwide for a period of twelve months.

‹ ›
Keywords:
HamburgIG Metall (Industriegewerkschaft Metall)StreiksNiedersachsenKronesBremenKrimiWarnstreik
Your comment has been forwarded to the administrator for approval.×
Warning! Will constitute a criminal offense, illegal, threatening, offensive, insulting and swearing, derogatory, defamatory, vulgar, pornographic, indecent, personality rights, damaging or similar nature in the nature of all kinds of financial content, legal, criminal and administrative responsibility for the content of the sender member / members are belong.
Related News