If Russia was planning a nuclear attack, the United States would know about it, experts say

After suffering several military setbacks, Russian President Vladimir Putin threatened to use "all means" to defend Russia's territorial integrity, reviving speculation about the risks of a nuclear conflict. 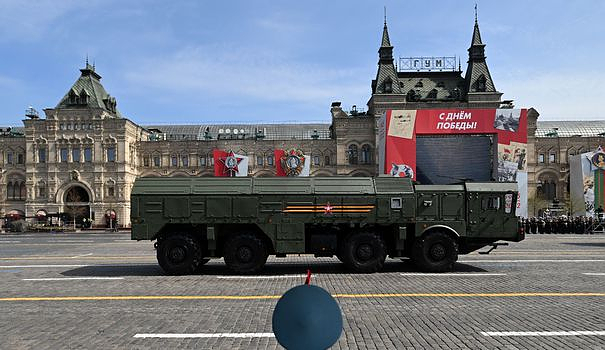 After suffering several military setbacks, Russian President Vladimir Putin threatened to use "all means" to defend Russia's territorial integrity, reviving speculation about the risks of a nuclear conflict.

A threat potentially extended Friday to the four Ukrainian regions annexed by Moscow.

For the time being, military analysts put this risk into perspective and the White House says it has not seen any activity indicating an attack plan, but Western intelligence services are closely monitoring the emergence of a real threat.

If it took shape, experts bet instead on the use of a tactical nuclear weapon - smaller in explosive charge than a strategic nuclear weapon - probably launched on a short-range Iskander ballistic missile.

And the preparations for an attack would be obvious, assures AFP Pavel Podvig, researcher at the United Nations Institute for Disarmament Research (Unidir) in Geneva.

A 2017 report from this institute maps 47 nuclear storage sites across Russia.

These are monitored constantly and in detail by the intelligence and military surveillance satellites of the United States and other countries. They can even be monitored by commercial satellites, as the widespread and regularly updated images of North Korean nuclear facility activities show.

For Mr. Podvig, Russia has deployed its strategic or long-range nuclear warheads on the ground, on missiles, bombers and submarines.

But its non-strategic or tactical nuclear weapons, the number of which can reach 2,000, are not installed on missiles according to him.

"I am convinced that the United States would see any Russian preparations to use nuclear weapons," added Mark Cancian, a former official in the US Departments of Defense and Energy.

"Weapons must come out of storage, the units concerned must be alerted, and the Russians could also alert their strategic nuclear forces," the expert, who now works at the Center for Strategic and International Studies in Washington, told AFP.

Visible also according to him, the necessary preparations for the Russian ground forces, such as the supply of protective equipment and instructions to act in a nuclear environment.

"Nuclear weapons need a certain structure, trained people and maintenance. You can't do this in a random place," said Pavel Podvig, who considers the possibility of "hidden facilities very unlikely". ".

"Technically, you could probably smuggle a few bombs out of a storage site undetected," says the Unidir researcher.

But doing so carries its own risks, including that of provoking a preemptive attack from the West. "The Russians will never be sure that it will not be detected. It would be a gamble," he warns.

Above all, he adds, Russia is more likely to want the West to see its preparations, as a warning. "It would be a kind of step forward in the escalation (and) Russia would like it to be visible," predicts Pavel Podvig again.

The US has been warning for weeks that Russia intends to invade Ukraine ahead of its February 24 action, hoping to groom kyiv and its allies and try to deter Moscow .

Would Washington openly warn the world if it detected preparations for a nuclear attack, at the risk of triggering an unprecedented panic?

Such panic would spread not only in Ukraine, but also in regions potentially threatened by nuclear fallout, and even more widely if there were fears of an irresistible escalation.

The United States would almost certainly alert its allies and other powers, notably China and India, hoping that they would then pressure Moscow to give up.

According to Podvig, Washington would also probably find it useful to issue public warnings to increase this pressure. "The strategy must be based on isolation. We must reinforce the unacceptable nature of this situation, which is criminal," he said.

"This message could have a deterrent value", according to the researcher. 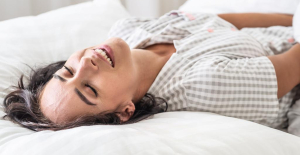 The biggest gaps in knowledge about women's orgasms