"I listened to everything, but I plead not guilty", told the court Saïd Abdel Kani, 52, dressed in a dark gray three-piece suit, sky blue shirt, after a preliminary reading of the act of charge. 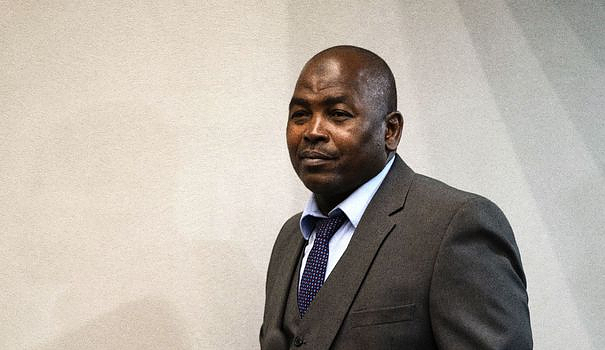 "I listened to everything, but I plead not guilty", told the court Saïd Abdel Kani, 52, dressed in a dark gray three-piece suit, sky blue shirt, after a preliminary reading of the act of charge.

"I plead not guilty to all situations, to all charges," added the presumed ex-commander of the Muslim-dominated Seleka rebel coalition before the court presided over by Judge Miatta Maria Samba, .

Accused in particular of having tortured people detained during civil unrest in the Central African Republic in 2013, Saïd Abdel Kani faces seven counts of war crimes and crimes against humanity committed between April and August 2013 in Bangui against detainees suspected of supporting former President François Bozizé.

“Mr. Said has indicated that he pleads not guilty to all counts, it is his right,” noted ICC prosecutor general Karim Khan.

"But the beauty of the law is that it leaves no way to hide, the charges we're talking about are actually quite awful," he added.

Mahamat Saïd Abdel Kani was handed over in January 2021 by the Bangui authorities to the ICC on the basis of an arrest warrant issued in 2019.

The court, based in The Hague, partially confirmed the charges brought against Saïd Abdel Kani at the end of 2021, in particular the counts of torture, persecution, cruel treatment and outrage on the dignity of persons.

The Central African Republic, one of the poorest countries in the world, was plunged into a bloody civil war in 2013 after a coup that overthrew President François Bozizé.

The fighting pitted the coalition of armed groups that overthrew Bozizé, the mostly Muslim Seleka, against mostly Christian and animist militias supporting the president, the anti-Balaka.

The violence would have left thousands dead and hundreds of thousands displaced, according to the ICC.

According to the ICC prosecution, Saïd Abdel Kani was a senior Seleka commander in charge of a police station where suspected Bozizé supporters were beaten and tortured after their arrest.

Sometimes called a "colonel", "chief" or "director", he oversaw the day-to-day operations of this center which belonged to a police unit called the "Central Office for the Repression of Banditry (OCRB)", according to court documents.

He is accused of having ordered his subordinates to mistreat detainees accused of supporting Bozizé or the anti-Balaka, in particular by subjecting them to the method of torture known as "arbatachar" to extract confessions from them.

This technique, of which the prosecutor showed photos, consisted in very tightly binding the hands, elbows and legs of the detainee behind his back, the legs touching the elbows. Some detainees would have kept "arms and legs paralyzed, discolored or putrefied", according to the documents presented to the court.

Prisoners were allegedly thrown into a small underground cell, accessible only through a hole in the floor of Said Abdel Kani's office at the OCRB headquarters in the capital, ICC prosecutors have claimed.

The detainees were "treated, not like human beings, not even like animals, but still a notch below. A humanity eviscerated by the practices of the accused", launched the prosecutor Karim Khan.

Two former Central African warlords, Patrice-Edouard Ngaïssona and Alfred Yekatom, who led anti-balaka militias, are currently on trial by the ICC for war crimes and crimes against humanity.

The country of some five million people - which the UN says is the second least developed country in the world - remains plagued by violence and human rights abuses.