"I want to expressly agree with Omid Nouripour"

The protest in Iran remains one of the major issues the world is currently dealing with. 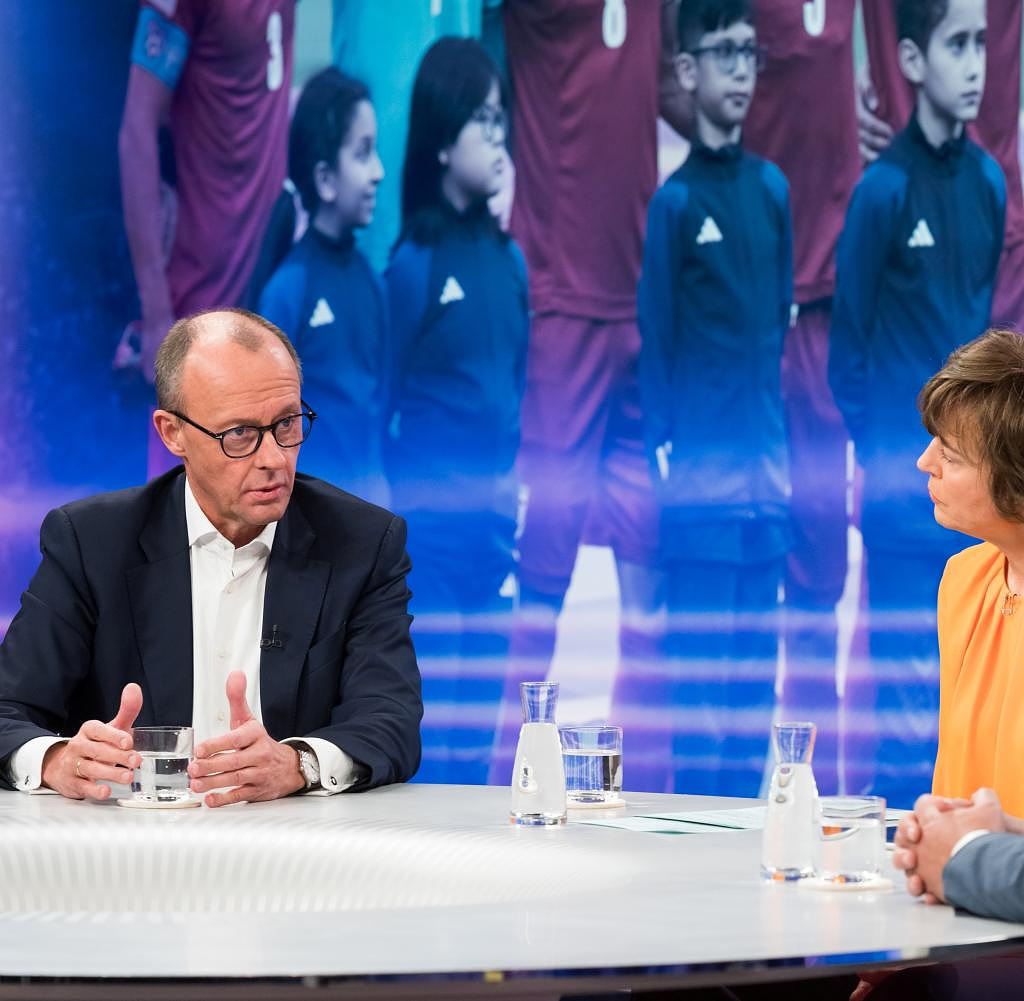 The protest in Iran remains one of the major issues the world is currently dealing with. People have been demonstrating against the regime for months, and around 450 of them are said to have already been killed. Although the federal government has announced sanctions, it does not seem to want to move away from the nuclear negotiations with the country for the time being. Is the West really doing enough to support women in Iran?

Maybrit Illner discussed this with her guests on Thursday evening. The Greens chairman Omid Nouripour and CDU leader Friedrich Merz were invited, as well as the feminist Alice Schwarzer and the journalists Düzen Tekkal and Golineh Atai, who heads the ZDF studio in Cairo.

Moderator Illner had a special conversation with an Iranian photographer, Ghazall Abdollahi, who fled from Tehran to Germany just two weeks ago. Together with friends she demonstrated in Iran, she said. She was shot at with paintball guns, one shot hit her in the neck: "I thought I might die. I knew if anything happened I just had to run.”

Abdollahi's mother is also a photographer and women's rights activist and has been in prison for two years. It's hard to get in touch with her mother, Abdollahi said. The Internet is restricted in the country, detainees are only allowed to use the phone for ten minutes a day. Abdollahi's father had to hold two phones together so that mother and daughter could talk.

It is important to her that the West completely isolates the Iranian government, said Abdollahi: "You shouldn't negotiate with them, you shouldn't speak to them at all." Instead, you should support the local people, academics and specialists in Germany and in integrate the labor market.

Abdollahi did not take part in the rest of the discussion, probably due to the language barrier. Many questions remained unanswered: What consequences does she fear for her family after her appearance on the talk show? How do you think the protests will continue? These questions were not answered. The conversation was over just as quickly as it had started.

Complete isolation - so is that the right way to deal with Iran? A turning point is needed, said ZDF journalist Goulaneh Atai: "Just as we have experienced a turning point in Russia policy, we need a turning point in Iran policy." One has to recognize that Iran, like Russia, is waging a propaganda war in Germany . It is therefore important to identify groups of people who exert influence from Iran in Germany and to end all cooperation with them.

The Kurdish-Yazidi journalist Düzen Tekkal spoke out resolutely in favor of Iran's isolation. "Mullah regime, murderous regime, medieval regime" - that's how she described the leadership, which should be put in its place "just as it was done with Putin". The economy must be put to the test and the focus must be placed on the people of Iran, she said – so the federal government must work on imposing “human rights-based” sanctions.

It is the West, and Germany in particular, that has been pursuing an “appeasement policy” for too long, i.e. a policy of concessions, which has allowed the mullah regime to become stronger in the first place. "It falls short for me to reduce this to just the current government," said Tekkal. That's why it's important to take action now: "If the rethinking process doesn't start now, across party lines, then when, dear people?"

Green party leader Omid Nouripour admitted that the federal government was acting too slowly. "It's for milking mice," he said. However, this is less due to the federal government than to the decision-making processes of the EU. For example, the decision is on the way to classify the Iranian Revolutionary Guards as a terrorist organization, which would make it much easier to prevent their financing by blocking accounts.

However, there are still some partner countries in the EU that would block the process. This puts Germany far behind Canada and the USA – although that is “incredibly frustrating”, it has to be accepted for the time being. It is the "need of the hour" to put the Revolutionary Guard on the EU terror list, stressed Nouripour.

On this point, Merz joined the Green boss. "I want to expressly agree with Omid Nouripour that we are doing too little there," said the CDU chairman. However, he criticized the fact that the federal government in particular had not taken a sufficient position on this issue. Only recently, at a question time in the Bundestag, she dodged the question of whether the Revolutionary Guard should be put on a terror list. She has to be responsible for that, said Merz: "If we don't hear a clear stance from the federal government at this point, then we mustn't push it all to Europe."

Merz spoke out in favor of granting protection in Germany to Iranians fleeing the violence in their country. The demonstrations in Iran also highlighted the value of freedom in Germany, he said. "And this freedom includes the responsibility that of course we also take in such people here and give them protection." It is about a protection status "that enables them to stay in Germany, study and work in Germany." humanitarian obligation”.

The feminist Alice Schwarzer accused the Greens in particular of having played down political Islam for too long. She has been campaigning for women's rights in Iran since the 1979 revolution. "We have made this regime of violence socially acceptable," she said. The Foreign Ministry must now “put an end to this disgrace”, which means expelling ambassadors, taking in refugees and blocking the accounts of those responsible.

The last question that remained was how to deal with the controversial nuclear agreement. This was supposed to stop nuclear armament in Iran - but the Iranian government is not sticking to it. Nevertheless, the federal government does not seem to want to withdraw from the negotiations.

Goulaneh Atai said many in Iran would wonder why the West made so many compromises with the regime in order to finalize the agreement. The Europeans, she criticized, had "betrayed their own values". Nouripour disagreed. That may have been the case in the past, he said, but because of the many sanctions imposed by the EU, it can now be viewed differently: "The companies that believe they can still do gas business in Iran - I really can't help them anymore".

Merz emphasized that Iran had to be put under even more pressure on nuclear policy - at the same time the West would "have to take a completely different position". A "complete redefinition of our security interests" is needed, but that doesn't mean that Germany should arm itself with nuclear weapons: "The Americans will remain our protector for a long time," he said.

Düzen Tekkal spoke out strongly in favor of lifting the nuclear deal with Iran immediately, as it only further legitimizes the regime. She reiterated the need to put civil society first and encourage it to come to power. So Iran could even become a model for the future, she said, but only "when we finally understand that this revolution is something that can basically liberate an entire world."

‹ ›
Keywords:
IranBündnis 90Die GrünenTexttospeechPolitikNewsteamAlice SchwarzerMerzFriedrich (CDU)Friedrich MerzBundesregierungIllnerMaybritOmid NouripourTeheranMaybrit IllnerNouripourOmidDüzen Tekkal
Your comment has been forwarded to the administrator for approval.×
Warning! Will constitute a criminal offense, illegal, threatening, offensive, insulting and swearing, derogatory, defamatory, vulgar, pornographic, indecent, personality rights, damaging or similar nature in the nature of all kinds of financial content, legal, criminal and administrative responsibility for the content of the sender member / members are belong.
Related News