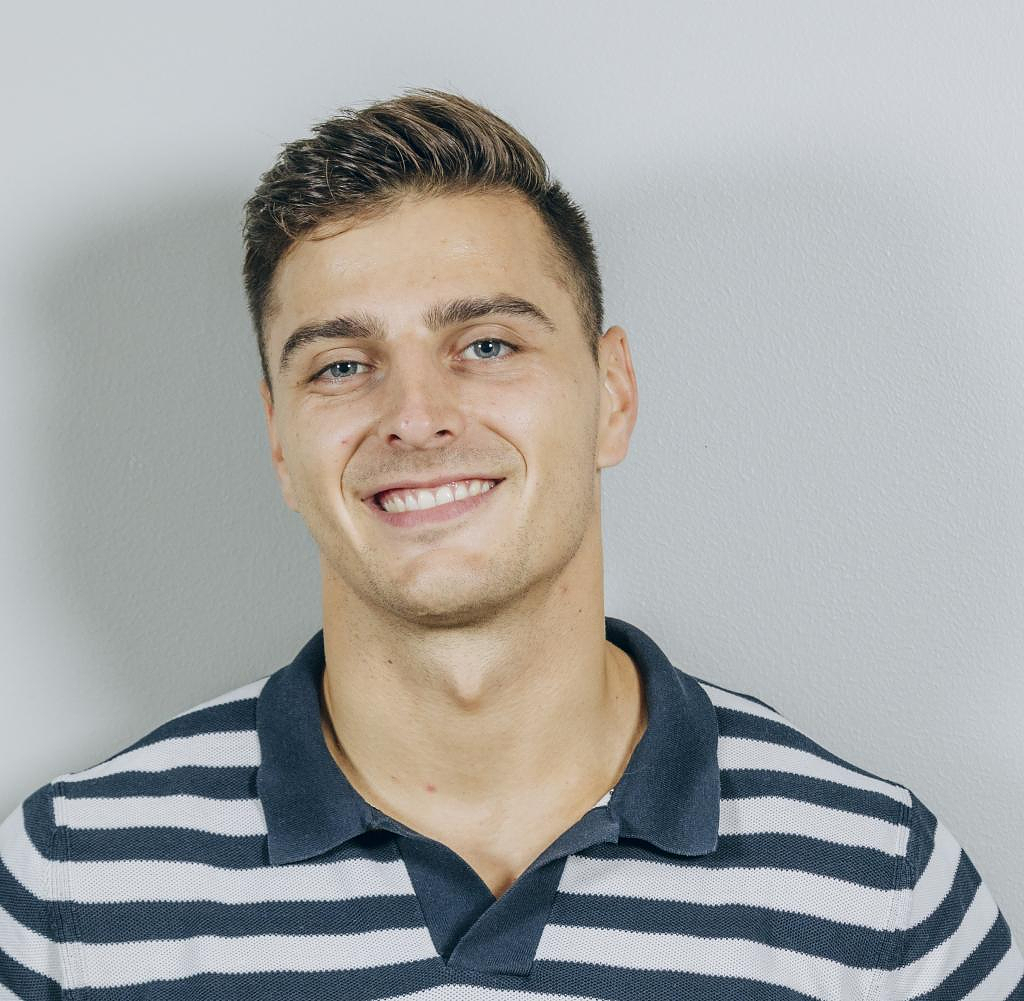 Lucas Krzikalla was overwhelmed. "I have to process that first and will now turn off my cell phone," said the SC DHfK Leipzig handball player to WELT about the reactions to his big moment. On Saturday he had come out as homosexual in an extensive interview with WELT AM SONNTAG - as the first team athlete in one of the four major professional leagues in Germany.

It's a new freedom Krzikalla felt after his brave step. “I am happy, very excited, happy and free. I didn't expect so much encouragement," said the 28-year-old. The news reached Krzikalla via WhatsApp, SMS, calls and social media. Under a post on Instagram showing Krzikalla with friend Christian Groß, many fellow athletes sent heart and rainbow emojis. Domenico Ebner, goalkeeper at Hannover-Burgdorf, wished "a lot of love for both of you". Hans Lindberg, right winger at Füchsen Berlin, expressed his respect. "I read that and tears keep coming to my eyes," Krzikalla said emotionally.

Read the interview in full here:

He hasn't gotten around to reading all the news yet, but he still wanted to single out a very special advocate. It's Marco Lehmann, a Swiss basketball player who openly confessed to being homosexual two years ago. "'Congratulations,' he wrote. 'How do you feel?' He asked with a smiley," said the handball player. Krzikalla had already exchanged views with Lehmann after his outing two years ago, and Lehmann had encouraged Krzikalla to go public.

His Leipzig club had also signaled support early on. Team manager Karsten Günther described Krzikalla on "Sportradio Deutschland" as "an absolute role model: It can be a positive aspect of this number that everyone realizes that we can perhaps break with prejudices". In response to the outing, the club released a new Krzikalla autograph card. The surname and shirt number are designed on it in rainbow colors.

Other handball colleagues were very positive about the outing of the right winger. Andreas Michelmann, President of the German Handball Federation, was happy about the news “for Lucas Krzikalla and his entire environment. His coming out shows a healthy self-confidence in the best sense of the word.” National team captain Johannes Golla sees Krzikalla's step as the starting signal. "There will be others who will take this step in order to be able to live more freely and no longer have to pretend."

This is exactly what Krzikalla has achieved. What's next for him? "My whole family has come to Leipzig, we will cook comfortably and spend time together. And then I'll read all the news in peace. Training starts again on Monday, and our next league game is on October 9th,” said Krzikalla. Then the table-14 occurs. Leipzig at VfL Gummersbach.

‹ ›
Keywords:
TaubeDagmarHandballBundesliga (Geo: D)HomosexualitätHandballVfL GummersbachKarriereLucas KrzikallaChristian GroßSC DHfK LeipzigOuting
Your comment has been forwarded to the administrator for approval.×
Warning! Will constitute a criminal offense, illegal, threatening, offensive, insulting and swearing, derogatory, defamatory, vulgar, pornographic, indecent, personality rights, damaging or similar nature in the nature of all kinds of financial content, legal, criminal and administrative responsibility for the content of the sender member / members are belong.
Related News