"I'm not leaving without the necessary self-criticism"

After the bitter first round elimination of the German national team at the World Cup in Qatar, the first personal consequences were drawn. 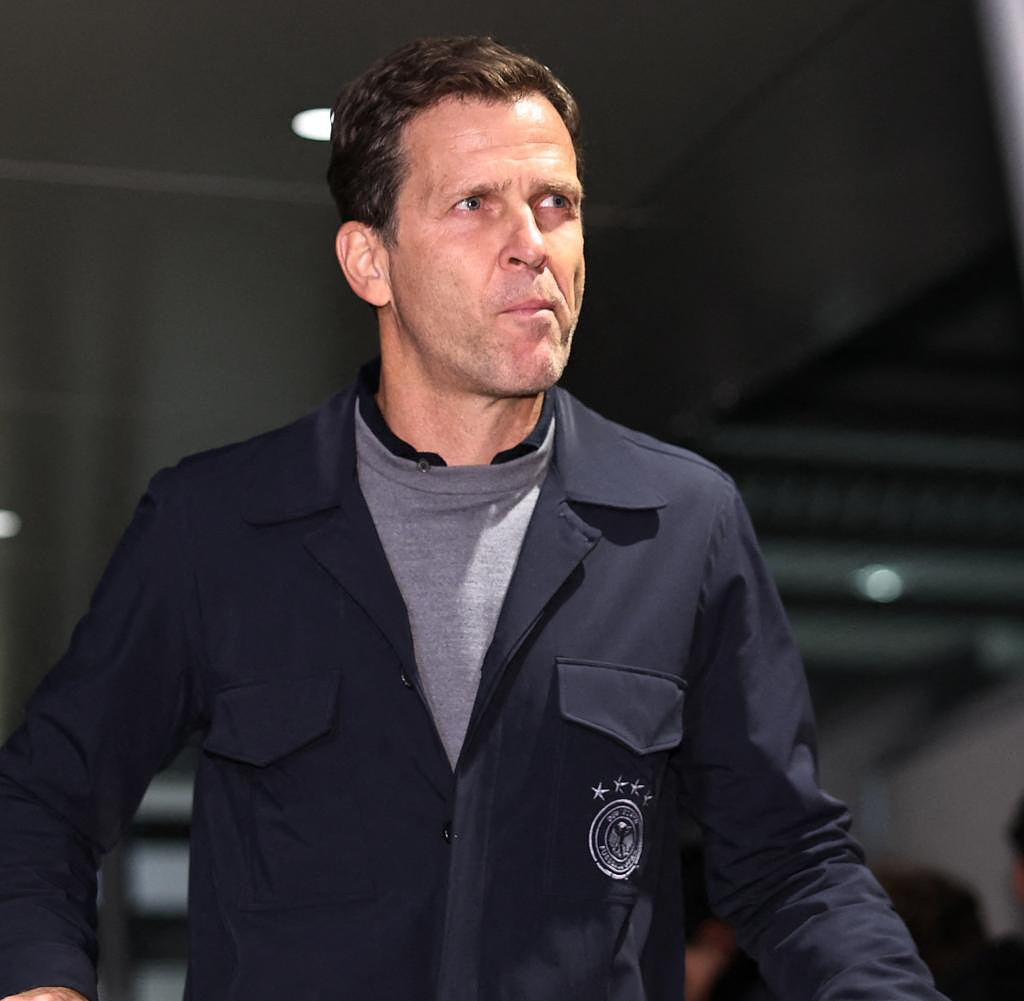 After the bitter first round elimination of the German national team at the World Cup in Qatar, the first personal consequences were drawn. Oliver Bierhoff, who has received a lot of criticism in recent days, has terminated his contract with the German Football Association (DFB). The 54-year-old is leaving the association after 18 years, although his contract would have been valid until 2024.

As a farewell, the DFB director published a long statement. The statement by Oliver Bierhoff in the wording:

"After 18 years in responsible positions at the German Football Association (DFB), I have taken up my position as managing director of the national teams with immediate effect

It was an intensive, exciting and instructive time in which we were able to celebrate great successes together, had to deal with setbacks and were able to implement extraordinary projects. My job was teamwork from the first to the last day. I would like to thank all the people from the bottom of my heart who stood by me during this time with their commitment, their ideas and their passion. I am proud of what I have achieved together with my staff, our national coaches and the coaching staff. It was a privilege to have such teams around.

My work has always been driven by the conviction that I should do my best for the DFB and the national teams. The performance of the men's national team at the World Championships in Russia and Qatar hurts me all the more. That's why I don't leave without the necessary self-criticism. In the past four years we haven't been able to build on previous successes and give the fans reason to celebrate again. Some decisions we believed in did not turn out to be the right ones. No one regrets that more than me. I take responsibility for that.

I am proud of the progress and work of the DFB Academy. I am convinced that she will make a significant contribution to the development of German football. It was a unique experience to be able to accompany this ambitious large-scale project from the idea to realization over decades with great personal commitment. The fact that our national teams have found a home on the new DFB campus makes me happy.

I wish the DFB, its many committed employees, all the associations and clubs, institutions and initiatives gathered under its roof, as well as our national teams, every success in their important tasks. I wish that football fans will continue to support our teams – whether women, men or juniors – with passion in the future. This is especially true for our men's national team at the home European Championship in 2024, where we can be successful again ten years after winning the World Cup in Brazil.

Football has shaped my life and will continue to accompany me. It was a great honor for me to have worked for German football for so long."

‹ ›
Keywords:
OliverFußball WM 2022DFB (Deutscher FußballBund)Deutschland FußballnationalmannschaftBierhoff
Your comment has been forwarded to the administrator for approval.×
Warning! Will constitute a criminal offense, illegal, threatening, offensive, insulting and swearing, derogatory, defamatory, vulgar, pornographic, indecent, personality rights, damaging or similar nature in the nature of all kinds of financial content, legal, criminal and administrative responsibility for the content of the sender member / members are belong.
Related News