"I am not an assassin", says the only survivor from the attack on Paris by commandos

After 148 days of hearing, the trial for the November 13th 2015 attacks in Paris and Saint-Denis in which 130 people were killed and 350 others were injured has been sentencing. 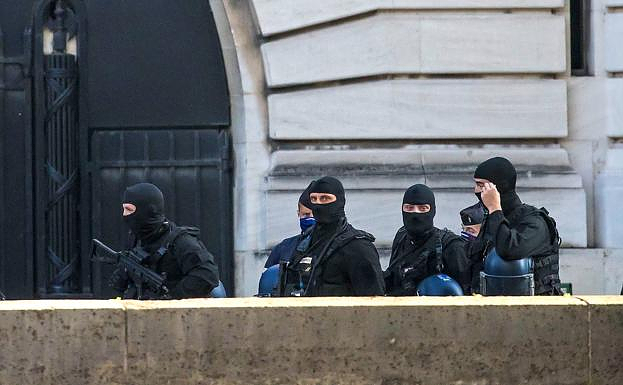 After 148 days of hearing, the trial for the November 13th 2015 attacks in Paris and Saint-Denis in which 130 people were killed and 350 others were injured has been sentencing. The verdict in the macro trial, which began September 8, 2021 is expected to be delivered this Wednesday.

Thirteen of the 14 defendants were present today -six of whom are being tried in absentia - and spoke for the last time at the Paris special court that judges them. For those accused of being involved in the attacks to a greater extent than others, sentences have been requested by the Prosecutor's office.

"I am aware that I have made mistakes. It is true that I made mistakes. But, I'm not a murderer. Salah Abdeslam, who was the only survivor of the Paris terrorist commando attacks, said that if they convict us of murder they will do an injustice. The Prosecutor's office requests that he is sentenced to life imprisonment with no reduction in sentence.

Abdeslam believes that, regardless of the sentence, public opinion had already condemned him before. He was either on the Bataclan firing at people or he was on the terraces holding a kalashnikov. You, Mr. President (of court), know the truth," the accused stated in his last argument.

Although the 32-year-old jihadist had been part of the 13N terrorist commandos at the time, he changed his mind at the last minute and didn't activate his explosives belt. He was more assertive at the beginning of the trial and claimed to be an "Islamic State fighter".

Abdeslam again apologized for the deaths and their families. "Many will claim that they are not sincere. There are more than 130 people who have died and over 400 others injured. Who can believe that there is so much suffering when they make such insincere excuses?

After nine months of trial, magistrates who make up the court will be locked up for two days in a military barracks. They will deliberate on each case and decide the sentence. The military headquarters location is not revealed for security reasons.

130 people were killed in coordinated attacks by jihadists at different points in Paris during the 13N attacks. They first attacked the State of France in Saint-Denis where they were playing a friendly soccer match between the German and French soccer teams. Kalashnikovs were also used to attack customers at several Parisian terraces as well as at the Bataclan concert venue, where the Californian band Eagles of Death Metal was performing. 90 people were killed in the Bataclan.

The Islamic State terrorist group claimed the attacks, which were carefully planned in France and Belgium, and then piloted from Syria. Eight terrorists were killed, including eight of the nine directly involved. The French Police either destroyed their explosive belts or shot them down.

‹ ›
Keywords:
AsesinoClamaUnicoSupervivienteComandosAtentaronParis
Your comment has been forwarded to the administrator for approval.×
Warning! Will constitute a criminal offense, illegal, threatening, offensive, insulting and swearing, derogatory, defamatory, vulgar, pornographic, indecent, personality rights, damaging or similar nature in the nature of all kinds of financial content, legal, criminal and administrative responsibility for the content of the sender member / members are belong.
Related News