"I am a survivor", testifies to the assizes the victim of an attempted feminicide

For an hour and a half, this 38-year-old woman retraced her life, from a chaotic childhood marked by the abandonment of her drug-addicted parents to her relationship enamelled with violence with Diabel Faye, prosecuted for attempted murder of a spouse and who faces the perpetuity. 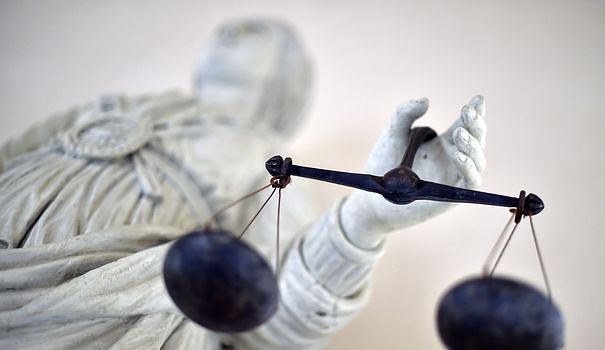 For an hour and a half, this 38-year-old woman retraced her life, from a chaotic childhood marked by the abandonment of her drug-addicted parents to her relationship enamelled with violence with Diabel Faye, prosecuted for attempted murder of a spouse and who faces the perpetuity.

In their couple, whose dotted relationship lasted eight years, the violence was first verbal.

"Insults were daily. It was dirty whore, dirty pig, you're a slut, no one will ever want you, you're too ugly, you're too fat", Amandine list, in a voice clear and without being overwhelmed by emotion.

In the dock, the 41-year-old man carefully follows the proceedings, using a notepad and a pen. His speeches are punctuated with casualness, sometimes with a smirk.

She dates the first episode of physical abuse to her first pregnancy, shortly after their relationship began. When Diabel Faye learned that the unborn child was a girl "he freaked out, I didn't understand", testifies Amandine.

"He gave me a judo hold. It was the first time he was violent. After that, he came back apologizing". And like many women victims of violence, she accepted her return, she adds.

The violence then becomes daily, even after convictions for domestic violence in 2014.

Why did she stay with her executioner? For fear of abandonment, to build an ideal family life, says the psychologist who carried out her expertise. "The need to be loved was far greater than the need to be respected," she notes.

Amandine also evokes the fear of reprisals and the romantic feelings she still felt at the time.

- Fear of his release from prison -

When they met in 2009, "it was passionate, we found ourselves in our family stories".

"It's a bit like two lost souls who find each other, they both have a fairly heavy family past. I had fears", says the mother of the accused.

The father of Diabel Faye, a Senegalese modern literature doctoral student, was schizophrenic. Stunned by his heavy neuroleptic treatment, he was absent from the lives of his two children until his death in 2011.

Diabel Faye fell into alcoholism as a teenager. On the day of the incident, he was arrested with 2.3 grams per liter of blood.

Alcohol and violence will run through the life of this couple, parents of four children, now aged 6 to 11 years old.

Amandine clicked in 2017, when he insulted their youngest daughter. "I was afraid that (the children) would be the next victims of Mr. Faye, I took my things, my children and I left", she says.

She leaves Val-de-Marne and settles in Margency, a village in Val-d'Oise. Passing through during the summer holidays, it was in the house of his ex-spouse that the accused seized a bread knife and aimed for the neck during yet another argument over his consumption of alcohol. The scene takes place in the presence of the children.

"I was assaulted by someone I thought was a mutant boar like in Ninja Turtles and I woke up in a park full of blood," Diabel Faye said of the assault during interrogation laborious, marked by his nervousness, his lack of collaboration and his provocative projections.

If personality disorders were noted by psychiatric experts, no pathology was diagnosed.

Does he regret his gesture? "You can't regret what you don't choose," he replies, blaming his ex-spouse who assaulted him and his alcohol consumption.

Today, Amandine has turned the page, "took back control of her life", manages a moving company with eight employees. But she is still gripped by fear.

“I am very afraid of the release” of Diabel Faye from prison, she confides. "I would like to know when he leaves exactly so that I can go to the provinces where he will not find me".