Fiona is expected to approach Bermuda, a British territory home to some 64,000 people, late Thursday, according to the Miami-based National Hurricane Center (NHC). 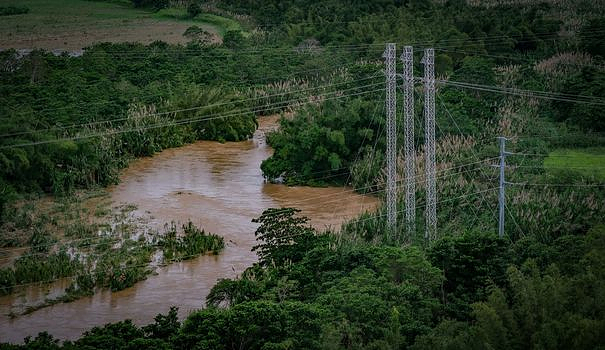 Fiona is expected to approach Bermuda, a British territory home to some 64,000 people, late Thursday, according to the Miami-based National Hurricane Center (NHC).

In Washington, the State Department told Americans to reconsider all travel to Bermuda.

And "US citizens in Bermuda who wish to leave the island should leave now, before Hurricane Fiona lands," he said.

The hurricane was recorded overnight from Tuesday to Wednesday in category 4 on the Saffir-Simpson scale, which has 5.

It is accompanied by sustained winds blowing up to 215 km / h and moved away from the Turks and Caicos Islands on Wednesday.

"A storm surge will cause high water levels along the Bermuda coast" in some areas beginning Thursday evening, according to the NHC. "Near the coast, the breaking wave will be accompanied by large destructive waves."

Fiona has sown death and destruction during her stay in the Caribbean.

Four people have died in Puerto Rico, according to an official from Fema, the federal agency responsible for dealing with natural disasters, quoted by the Washington Post.

A man died in Guadeloupe, washed away with his house by the waves of a flooded river, and two people died in the Dominican Republic.

Fema said it would send hundreds more of its staff to Puerto Rico, which suffered massive power cuts, landslides and flooding.

Governor Pedro Pierluisi spoke of "catastrophic" damage and President Joe Biden declared a state of emergency on this island of some three million inhabitants.

Electricity company LUMA said Wednesday it was restoring service "in villages and neighborhoods throughout Puerto Rico."

Michelle Carlo, medical adviser for the humanitarian organization Direct Relief in Puerto Rico, told CBS television that "about 80% of Puerto Ricans (are) still without electricity and some 65% without water".

The Puerto Rican agricultural sector has been devastated, according to the president of a farmers' association, Hector Cordero, who said in a radio interview on Tuesday that the banana, vegetable and coffee crops had been badly affected.

Many of the approximately 38,000 inhabitants of the Turks and Caicos Islands, a British overseas territory, have also suffered power cuts.

Fiona has also affected the Dominican Republic and its approximately 11 million inhabitants. President Luis Abinader has declared a state of natural disaster in three eastern provinces.

Authorities said on Tuesday that more than 10,000 people had been displaced. Some 400,000 people are without electricity and 1.2 million without water.