Hungary under the pressing threat of a freezing of European funds

The European executive has finally chosen to remain firm against the nationalist leader - despite the "blackmail" of which the latter is accused, Budapest blocking the joint aid plan of 18 billion euros for Ukraine and the minimum tax on the profits of multinationals. 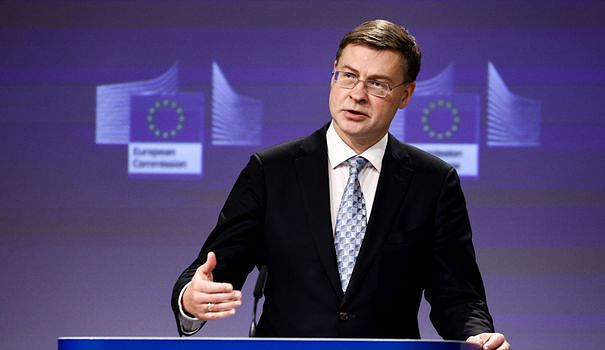 The European executive has finally chosen to remain firm against the nationalist leader - despite the "blackmail" of which the latter is accused, Budapest blocking the joint aid plan of 18 billion euros for Ukraine and the minimum tax on the profits of multinationals.

Hungary - which denies any link between these blockages and the question of European funds - is also opposed to new sanctions against Russia with which it maintains ties, and remains the only NATO country with Turkey to not having ratified the accession to this alliance of Sweden and Finland.

Under pressure from the European Parliament, the European Commission has proposed to the Member States, who have until December 19 to decide, to suspend 7.5 billion in cohesion funds which were to be paid to Hungary as part of the 2021 budget. -2027 EU.

A so-called "conditionality" procedure intended to protect the European budget from attacks on the rule of law was launched against this country in April, a first for the EU, due in particular to "systematic irregularities in the award of public procurement", of "deficiencies" in terms of legal proceedings and the fight against corruption.

The prospect of being deprived of funds has prompted Hungary to take 17 steps to address Brussels' concerns, including the establishment of an "independent authority" to better monitor the use of EU funds, suspected to enrich relatives of Viktor Orban.

But the Commission considers that the reforms have not been carried out satisfactorily by the November 19 deadline. The European executive had set this deadline in September to offer Hungary a chance to escape the freezing of 7.5 billion euros (around 20% of the European funds that it must receive over 2021-2027).

- Ball in the Member States' court -

The European executive has also decided to validate Hungary's post-Covid recovery plan (5.8 billion euros) but by attaching 27 conditions, which include the 17 anti-corruption measures, as well as reforms to improve the independence of the judiciary.

“No disbursement of funds will take place until these essential conditions are properly met,” Commission Executive Vice-President Valdis Dombrovskis told a press conference.

The EU executive, which until recently seemed to favor a conciliatory approach towards Hungary by emphasizing the progress made by the latter, has finally hardened its position.

According to several European sources, the influence of MEPs, who met in plenary session last week and were largely in favor of toughness against Orban, was decisive.

The possibility of a motion of censure by the Commission in the event of unfreezing of funds has even been mentioned, in particular by the Renew Europe group (centrists).

A year and a half before the European elections, many MEPs are anxious to campaign for the defense of the rule of law in the face of anti-democratic excesses in the EU.

xIt remains to be seen whether this hard line will be followed by the Member States, which must take their decision by qualified majority (15 countries out of 27, representing at least 65% of the total EU population).

A meeting of Economy and Finance Ministers is scheduled for 6 December. If the Scandinavian countries and Benelux are traditionally finicky on issues of the rule of law and the fight against corruption, many countries in eastern and southern Europe could be more reluctant to freeze funds.

Hungary, in the grip of galloping inflation and a currency (the forint) in free fall, has a crying need for this money and its government could use all possible remedies against this measure, in particular before the justice of the EU. He could also ask that the issue be decided at the next leaders' summit, scheduled for December 15-16.