Hulot case: the investigation for rape and sexual assault on a minor dismissed for prescription

The investigation was opened on November 26, 2021 after the broadcast of a documentary in Special Envoy, in which six women accused Mr. 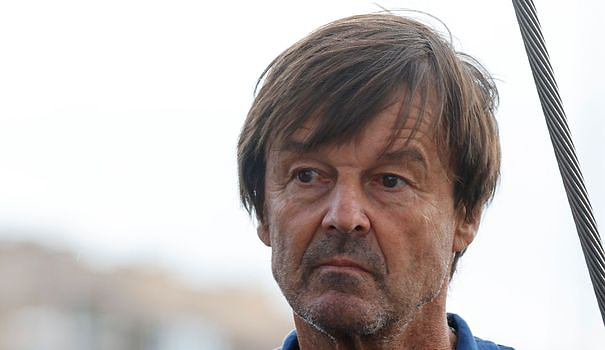 The investigation was opened on November 26, 2021 after the broadcast of a documentary in Special Envoy, in which six women accused Mr. Hulot of sexual violence which allegedly took place between 1989 and 2001.

One of them was a minor at the time of the facts she denounced, which prompted the Paris prosecutor's office to open a preliminary investigation.

This woman, named Sylvia, recounted in the documentary, with her face uncovered, having been sexually assaulted in 1989, at the age of 16, by Nicolas Hulot in the car of the latter, after having been invited to attend a program that he then hosted in Paris.

She then filed a complaint against the host and was heard by investigators shortly after the opening of the investigation.

In the documentary, five other women testified, including surprise kisses. Among them, environmental activist Claire Nouvian said that she had been warned by Nicolas Hulot's "political" entourage before filming in 2008, so that she would avoid being alone with him.

Two other women, the former host Maureen Dor and a former employee of TF1, had for their part transmitted to Special Envoy written testimonies concerning sexual assaults.

A former EELV activist, Pauline Lavaud, then reported on BFMTV that she had been excluded from Nicolas Hulot's campaign for the party's internal primary in 2011 because she "excited him too much".

Star TV host, ardent defender of the environmental cause for more than thirty years, Nicolas Hulot categorically denied the accusations and announced that he was leaving public life "definitively", to protect his loved ones and his Foundation from the fallout from a "lynching". .

The former host of the famous television program on the environment "Ushuaïa" was heard last May by investigators from the Brigade for the Protection of Minors (BPM) in Paris as part of a free hearing.