Huetor Vega's cross that unites those who are not yet there

The May crosses are associated with gatherings and parties. 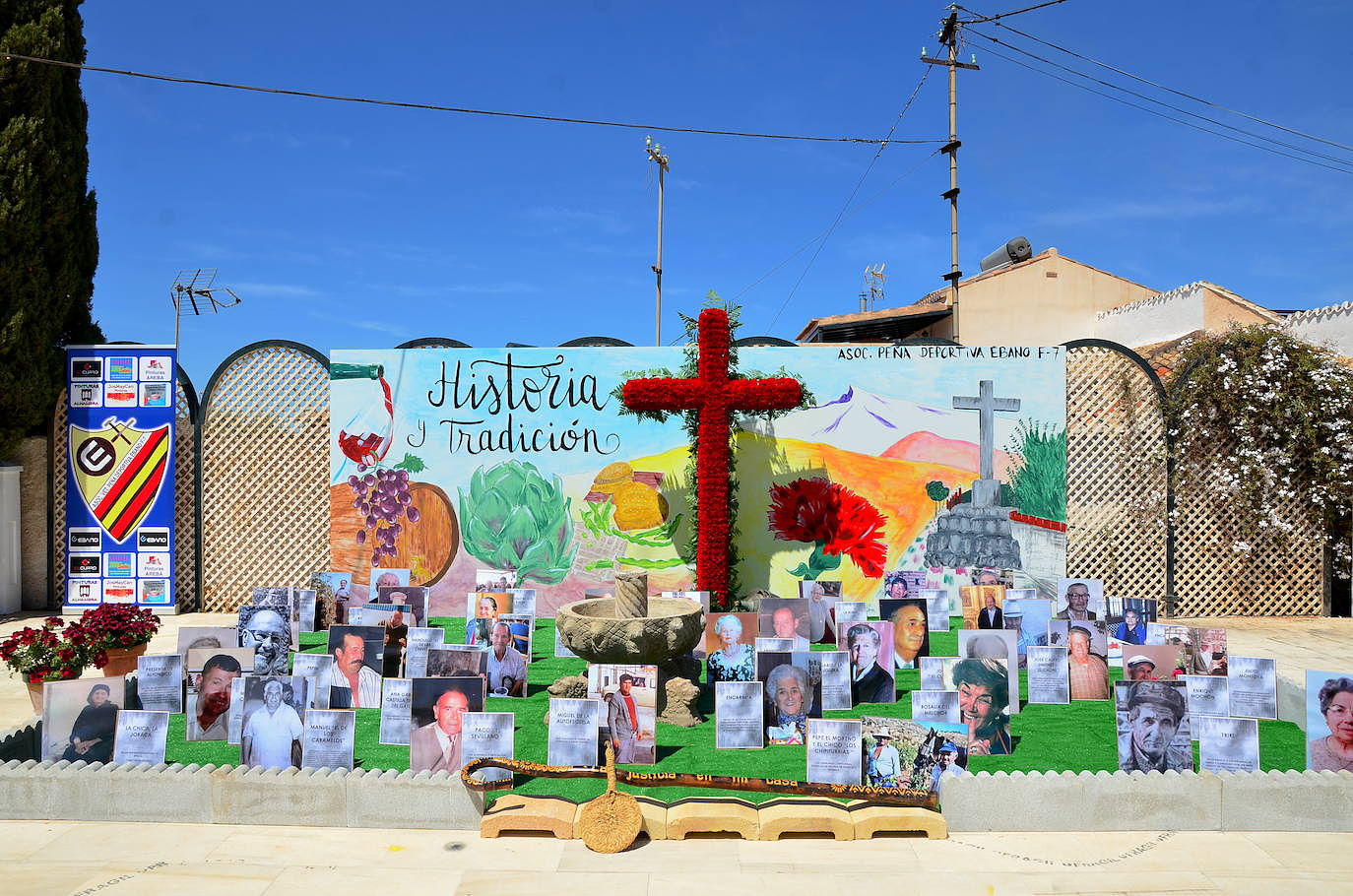 The May crosses are associated with gatherings and parties. Neighborhood meeting. Hugs and dancing with friends and family. They have taken it a step further in Plaza Abdal Malik de Huetor Vega, also known as the Plaza del Moro', located in the Casas Nuevas neighborhood. Cross of the Pena Deportiva Ebano Futbol 7 welcomes both visitors and neighbors, but this year it also includes people who have moved on.

The Huete rock has created a unique cross with the motto "History and Tradition". It not only identifies the artichoke, broad beans, and must as symbols of local identity but also honors those who have died in their memory. This is a touching tribute.

They are there, watching over the reunion parties after two years in confinement. These are people who have left their mark in the community. Like "La Joraca", a woman who was too entrepreneurial for her time. She also presents De Alfonsico, a woman who is well-known for her chickpea doughnuts. They were used to make dresses, crowns, and communion bouquets.

They have a history. This is what happened to Carmen Vargas. She gave her name to a Huetor Vega women's organization and led people from all walks of life to travel to the beach. Carmen Vargas was the founder of the Association of Blood Donors. She created a sewing shop that employed many Huetenas. She also cared about the families of those who had less. Carmen was a pioneer woman who was deeply committed to the society. They are an example to follow. They maintain the Pena Deportiva Ebano Futbol 7 at Abdal Malik where they organize a whole bridge for celebrations and concerts at night.

There are more than 30 names. There are a thousand stories to go with them: Huetor Vegas's story. Miguel 'El Cortinas was a popular farmer in the area. Manuel 'El de los Caramelos, who oversaw the CD Huetor Vega for 30 years and was the head of the Association for the Elderly. He also worked as a model maker (he exhibited his works at the La Nava social center) or treasurer for the La Parra Flamenca rocks.

Flamenco is not complete without Jose Agudo. He was the pena's veteran leader, and he also taught public education. His management of Huetor sports events was also a credit to him.

This cross is the heart of many stories. Rafa "The Policeman": Each of us remembers a different part of him. They explain this in the Ebano rock. Gerardo Muros is one of its most ardent leaders. He exclaims that in order to make this cross, which combines the memories of the people, "we had the approval from all these families."

‹ ›
Keywords:
CruzHuetorVegaReune
Your comment has been forwarded to the administrator for approval.×
Warning! Will constitute a criminal offense, illegal, threatening, offensive, insulting and swearing, derogatory, defamatory, vulgar, pornographic, indecent, personality rights, damaging or similar nature in the nature of all kinds of financial content, legal, criminal and administrative responsibility for the content of the sender member / members are belong.
Related News