Huescar is the first stop for the Plan Itinere, which aims to improve 46 rural roads within 36 municipalities.

The Junta de Andalucia's Ministry of Agriculture, Livestock and Fisheries has launched the first phase of its Itinere Plan. 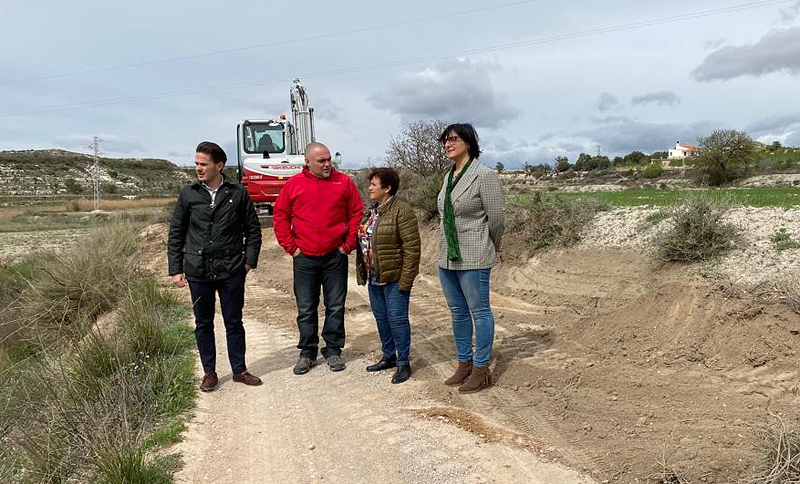 The Junta de Andalucia's Ministry of Agriculture, Livestock and Fisheries has launched the first phase of its Itinere Plan. This will allow the ministry to continue work on modernizing and improving 46 rural roads in 36 municipalities of the province of Granada, according to Maria Jose Martin Gomez, the delegate of Agriculture, Livestock and Fisheries.

The Huescar region has already seen the beginning of work, with 2 million euros being invested in six rural roads that will be connected between Castril and Puebla de Don Fadrique. Maria Jose Martin, the Delegate to Agriculture, visited the Parpacen Montilla road, which is located in Huesca. The Board will invest nearly 260,000 euros in this project. To that must be added construction management and the project, which are for two rural roads, with a budget totaling 500,000 euros.

The action in Huescar was explained by Ramon Martinez, Mayor of Huesquerino and Soledad Martinez the First Deputy Mayor. It runs through the Parpacen Plains and part the Montilla Acequia and links the southern end of the urban centre with the transfer station of waste and clean point. The network provides access to farms, homes, and farmhouses. It also includes an area that is dominated by irrigated crops such as vegetables, olive groves and almond trees, as well as vineyards, cereals, and pasture for livestock. This path will be reclaimed by restoring its natural gravel and terrain layout. It will receive an efficient drainage system, a strong base, and a durable, safe rolling surface. .

The budget that the Board will allocate for the arrangement of rural roads in the province as part of the Itinere Plan implementation is estimated at 22.5 millions euros by the delegate. She explains that 46 rural roads from 36 Granada municipalities will only be able see the implementation of the Itinere Plan's first phase. This will allow them to act on more than 208 km under the asphalt layer.

Martin focuses on "the extraordinary benefits it will have in agriculture and livestock sector, and in general, in rural areas. It sees the network rebuilt, which facilitates both the connection and transit for agricultural machinery and individuals."

Rural road improvements plan envisages a global investment of 75 million euro in the Andalusian autonomous communion. It covers almost 1,000 km of 259 rural roads in 200 cities. Itinere Plan will create more than 1,200 jobs and provide an additional boost to recovery with the economic injection provided by the Government of Andalusia.

‹ ›
Keywords:
JuntaComienzaHuescarPlanItinereMejorarCaminosRuralesMunicipios
Your comment has been forwarded to the administrator for approval.×
Warning! Will constitute a criminal offense, illegal, threatening, offensive, insulting and swearing, derogatory, defamatory, vulgar, pornographic, indecent, personality rights, damaging or similar nature in the nature of all kinds of financial content, legal, criminal and administrative responsibility for the content of the sender member / members are belong.
Related News