The Huercal-Overa City Council has once again committed to Outdoor Culture with the Huercalida Summer Fest program. 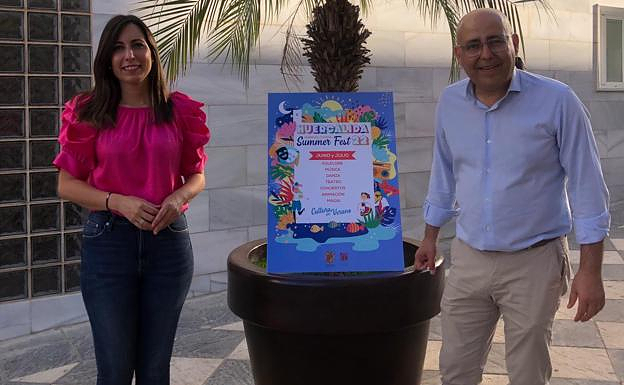 The Huercal-Overa City Council has once again committed to Outdoor Culture with the Huercalida Summer Fest program. This includes 23 proposals for the public. Most of these people take to the streets during the summer months. Belen Martinez, the Councilor for Culture, and Domingo Fernandez the Mayor have presented the various appointments that will begin tomorrow, Wednesday June 15, at 8:00 pm in Plaza Mayor.

These dates are included in the municipal program. They include proposals that target all audiences. We launch a new edition Huercalida from the Culture area with the aim of promoting culture in our streets, squares and streets. Martinez explained that we bet our neighbors have plans to enjoy their leisure time, particularly the little ones, and in just a few days they will be able to enjoy their vacations.

Cultural activities include performances with local groups and associations, folklore and magic, music, Foam parties in various neighborhoods and districts, children’s entertainment, and an Andalusian evening to close the program on Friday 22 with the Tribute To Andalusian rock.

The mayor invited neighbors to Huercalida's various activities, "to enjoy culture on the streets on summer nights, as well as enjoying the coexistence and cultural summer with their neighbors."

PICOESQUINA THEATER GROUP- And The Diamond>

To the benefit of the ADAIS-5P Association

‹ ›
Keywords:
HuercaloveraVuelveSacarCulturaCalleNuevaEdicionHuercalidaSummerFest
Your comment has been forwarded to the administrator for approval.×
Warning! Will constitute a criminal offense, illegal, threatening, offensive, insulting and swearing, derogatory, defamatory, vulgar, pornographic, indecent, personality rights, damaging or similar nature in the nature of all kinds of financial content, legal, criminal and administrative responsibility for the content of the sender member / members are belong.
Related News