HSV is at the top – and FC St. Pauli is in crisis 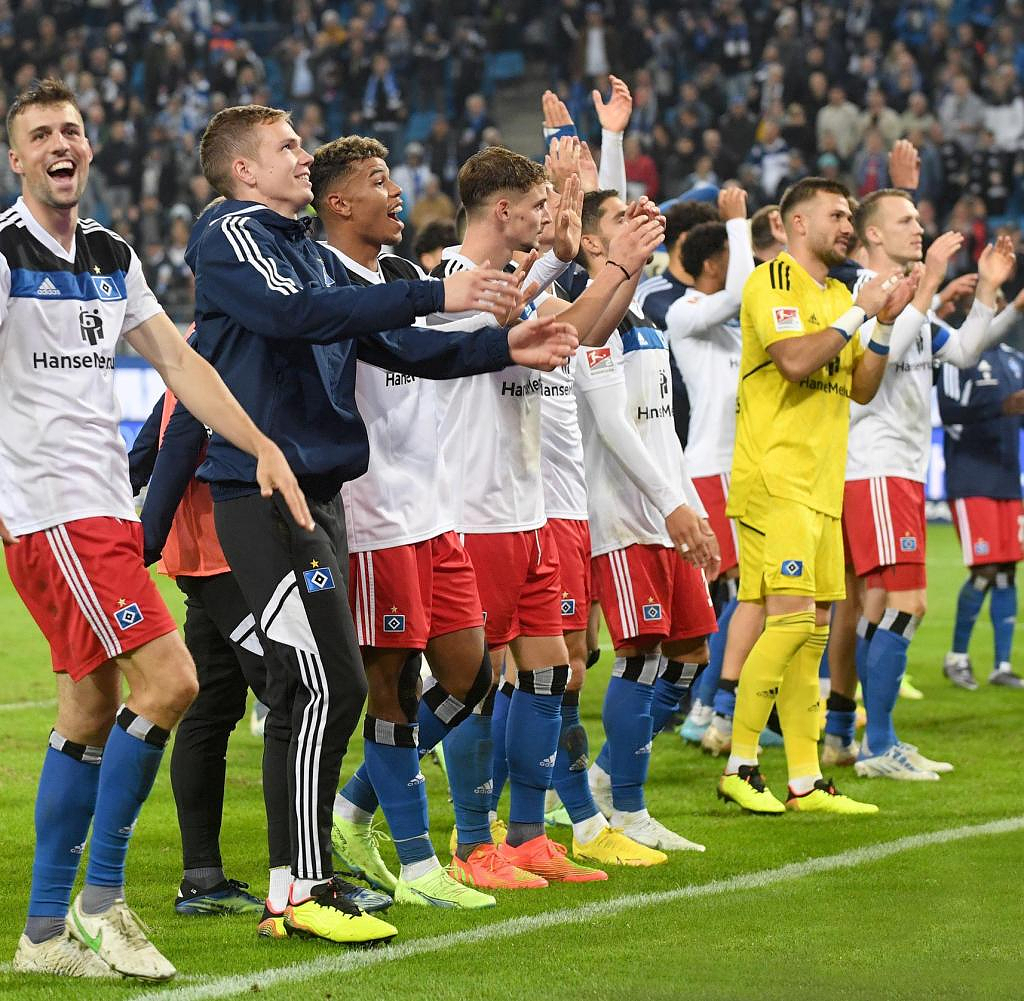 SSV Jahn Regensburg has finally plunged FC St. Pauli into a crisis in the 2nd Bundesliga. The Upper Palatinate ended their own series of bankruptcies on Sunday with a 2-0 (2-0) win over the Hanseatic League, who have been without a win for five league games. Andreas Albers with a penalty kick (8th minute) and a header (41st) ended Regensburg's sobering record of six games without a win or a goal in front of 12,124 spectators.

The early penalty kick, which was only given after the video assistant intervened, was hotly debated. Pauli defender Betim Fazliji hit Christian Viet, who fell. Albers turned into a reassuring lead. She gave the hosts confidence in a hard-fought game in which Albers doubled in before the break from a cross from former Pauli player Viet. Most recently, the Dane had met Albers on the first day of the game.

The too conservative Kiezkicker tried after the change of sides to shorten the gap. But overall there was not enough offensively. After the highly efficient first half, Regensburg concentrated on compact defense and brought the long-awaited success home. Pauli had to let Jahn pass him in the table.

HSV, on the other hand, managed to overtake themselves – and Hamburger SV's best PR department wears shorts. In any case, the players of the strengthened HSV deliver the positive headlines on the pitch. Irrespective of the constant unrest at the management levels, the team is making its way in the 2nd Bundesliga - and is taking its enthusiastic fans with it.

"Now we're where we want to be," said HSV coach Tim Walter, who also often had short hosts, after the well-deserved 2-0 (1-0) win in the top game over Fortuna Düsseldorf. Because his team was already in first place in the table, which they achieved on Saturday evening with their fourth win in a row. Since the previous class leader Paderborn lost 2-1 in Fürth, the table image remained unchanged on Sunday. And the place in the sun will remain for the time being: Because of the upcoming international matches, the league is now taking a two-week break. However, Walter does not give himself or his players a break. "I'm completely satisfied with everything, but we want to and will work on improving even further," said the 46-year-old.

The greatest danger for the HSV project ascent lurks in the club itself. In the center: CFO Thomas Wüstefeld. The 53-year-old faces allegations in connection with his work as a medical entrepreneur. It's about lawsuits worth millions, a possible criminal complaint for breach of trust and allegedly illegally sold medical products. Wüstefeld rejects all allegations and believes that competitors are campaigning against him.

However, the fact that the “Hamburger Abendblatt” presented a construction project at the Volksparkstadion costing up to 200 million euros also caused a stir. The clammy club first has to get the arena fit for the EM 2024. Even his proposal to enthrone a CEO again does not help to ease the tension. It is an affront to sports director Jonas Boldt, whose relationship with Wüstefeld is already broken.

And then there is the offer of 120 million euros from investor and Wüstefeld adversary Klaus-Michael Kühne. Hardcore fans of HSV reject the offer, as they made clear on Saturday evening in the stadium with a banner. The supervisory board around the chairman and HSV president Marcell Jansen is meanwhile stubbornly silent and probably wants to save himself in the World Cup break in mid-November. The inspectors don't even want to make a quick decision about extending Walter and Boldt's contracts, which expire at the end of the season.

Coach Walter doesn't care about any of this. His team and supporters, almost 50,000 of whom stood like a wall behind HSV against Düsseldorf, could serve as a role model in working together. "It's a very good symbiosis, it just fits. We're happy that we've brought so many fans back to the stadium, it wasn't always like that," emphasized Walter. "There was a lot of force from the stands," admitted former HSV and current Fortuna coach Daniel Thioune, impressed.

Bakéry Jatta was particularly celebrated. First, the 24-year-old prepared the lead in a full sprint on his right side with a class assist - Robert Glatzel only had to score his sixth goal of the season (21st). In the final minute, it was up to the outstanding winger from Gambia to head the decision. "He has a brutal quality," praised Glatzel.

It's true in the team. This was also reflected in the substitutes. Walter quickly put the recently unconvincing Sonny Kittel and Miro Muheim, who showed up too late for training, on the bench. When they came in, they were all there. Kittel first hit the inside post and then gave the cross to Jatta's goal. "I can throw in whoever I want at the moment, everyone is showing great commitment," said Walter. "Therefore a big compliment to everyone."