How the forgotten Königswinter should experience a renaissance again

On a hazy December day, Diego Fernández Reumann guides us through the Hotel Loreley on the Rhine promenade in Königswinter. 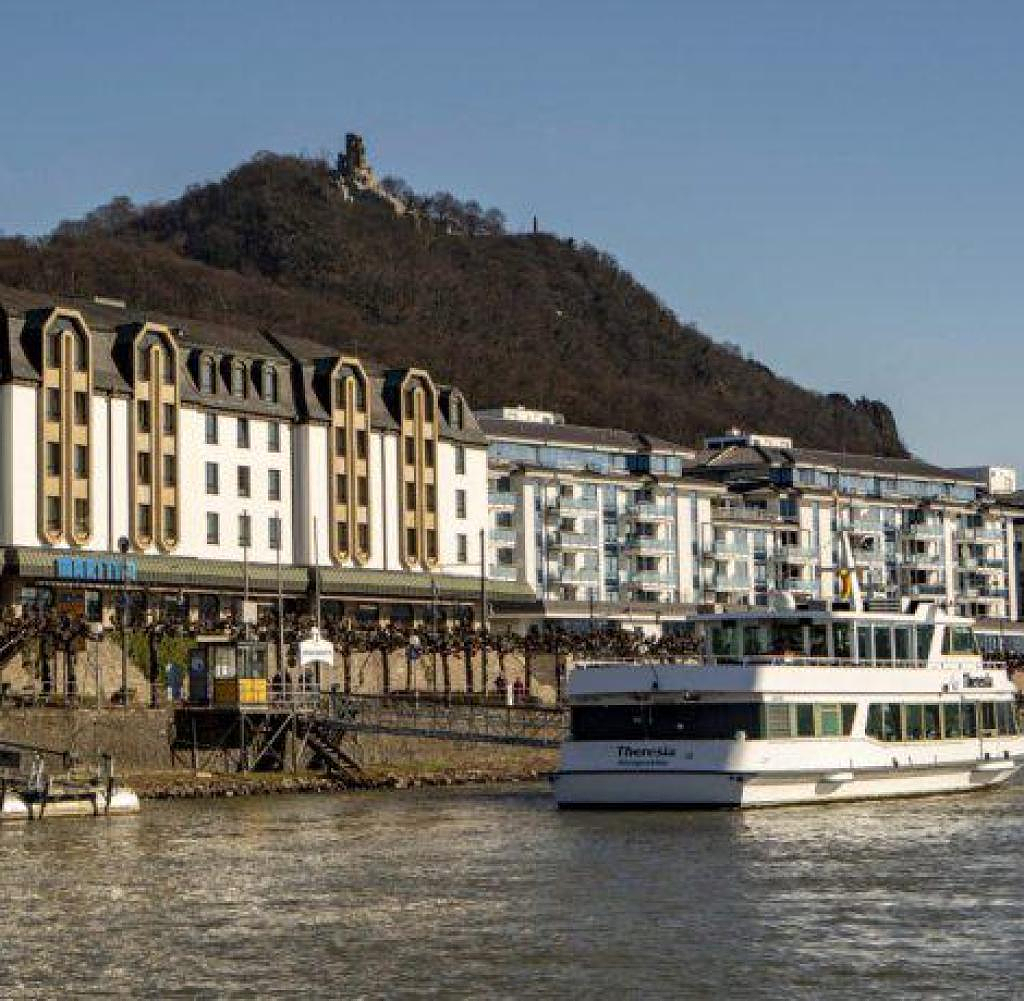 On a hazy December day, Diego Fernández Reumann guides us through the Hotel Loreley on the Rhine promenade in Königswinter. "Kaiser Wilhelm II celebrated his 40th birthday here in 1899," says the head of the Cologne real estate investor Verianos. Some things in the ballroom are still in their original condition, but many things have been installed in other places. Fernández Reumann and his partners bought the building and would like to convert it into a contemporary luxury hotel, from 2025 guests could be received here again.

During the time of the German Empire and up to the First World War, the town experienced its heyday. The Prussian nobility came from Berlin, well-to-do citizens came from Düsseldorf, Cologne and Bonn, who enjoyed life here, between the Rhine, Drachenfels and Siebengebirge, in what were then six grand hotels. Many legends are entwined around the Drachenfels, which in turn attracted romantic poets such as Lord Byron. The best-known is the story of the hero Siegfried from Xanten, who is said to have faced a fire-breathing dragon in the Siebengebirge and killed it, and then bathed in its blood.

After the Second World War there was another boom, and in the 1970s Königswinter, like other Rhine towns, became synonymous with bowling excursions and cheap tourism. From the end of the 1980s, the Dutch, the most important group of visitors, stayed away. In the era of low-cost airlines, even cheaper and sunnier holiday destinations in Eastern and Southern Europe lured them.

If Diego Fernández Reumann and other investors have their way, Königswinter should get better future prospects again. Born in Bonn with a Spanish father and German mother, he has already acquired 20 buildings in the city with the help of a number of partners, with a total investment of 50 to 100 million euros. "We don't see ourselves as locusts, but rather as butterflies that make Königswinter bloom again," says the 63-year-old, who used to manage a real estate subsidiary for Deutsche Telekom, among others. "It's about a balance between the character of the old town and the architecturally sophisticated new building. We bundle things and then have a different lever than others.”

Like Verianos boss Fernández Reumann, entrepreneur Hans-Helmut Schild also believes in the potential of Königswinter. "The Drachenfels as an excursion destination is part of the Rhinelander's DNA," says the native of Bonn. “I still remember climbing this mountain as a kid. In my grandfather's day, that was still possible on a donkey.” The former tourism manager and his partner Ulrich Keinath leased the Hotel Bergischer Hof and lovingly converted it into a Francophile-style “Storyhotel” complete with a “Jules Verne” restaurant. The reopening was celebrated in 2021.

"The high demand in the first year surprised even us," says Schild. In addition to the hotel, the business partners also run a modern concept store with a café under the name “Kaufmannsladen”, as well as a bookshop and a multifunctional cultural space where readings take place. They converted another former overnight accommodation into a student hotel with co-working offices. "We have so much to offer here and real pounds that we can grow with," says Schild. For example, Drachenburg Castle, which a stockbroker from Bad Godesberg had built over the Rhine in neo-Gothic style more than a hundred years ago.

Schild continues to rave about the oldest cog railway in Germany, the newly designed Drachenfels plateau, the Rhine promenade and of course the Siebengebirge as one of the most important local recreation destinations in the region.

Mayor Lutz Wagner welcomes investors in the old town with a lot of vacancies and some dilapidated buildings. "We need a whole series of lighthouse projects like the Jules Verne hotel," says the 58-year-old. "We as a municipality can set the framework here so that things continue to change positively." However, fire protection and monument protection in the sometimes densely built-up old town should not be lost sight of, according to the mayor. Citizens and local politicians would have to be involved in good time.

In addition to other individual investors, the mayor also praised the commitment of the Rosenbaum couple. Having already lived in the city for around ten years, Nadine and Kay Rosenbaum converted a former hotel into a co-living house with 15 rooms, which has common areas similar to a shared apartment. The target group for the "Eldalio" are students or "job nomads" who do not yet have a proper apartment and stay on average for about three months. Then came the “Krone”, a hotel with a vegan breakfast menu, and there are plans to expand the catering trade. "The old town of Königswinter is a wonderful spot on earth," says Kay Rosenbaum, who used to work as a manager for large companies. Especially in summer, there is almost a Mediterranean flair here. And there are optimal connections via Cologne/Bonn Airport and the Siegburg-Bonn ICE train station. "It takes big and small steps," says Nadine Erven-Rosenbaum. If something happens here and there in the old town, it also motivates other owners to invest in their properties. "Suddenly you see new scaffolding on the houses in the neighborhood." For her husband, Königswinter is "perspectively a hotspot". Friends from outside often said: "You live where other people like to vacation."

Fernández Reumann also relies on the properties he develops to shine like lighthouses in the surrounding area. When the weather is good, the man from Bonn comes to Königswinter by bike and points out the good connection, including to the Cologne trade fair. He has been with the company in Königswinter since 2018, which is pursuing similar projects in Valencia, Spain, and in Milan. "The old town should become a lively quarter again, for living and working, with contemporary shops and upscale restaurants."

So that the city also has more to offer culturally, artists can work in a factory building purchased by Verianos. In addition, the investor is making one of its buildings available to the Junge Philharmonie Köln, initially for one year. The director is looking forward to rehearsing here and to being able to give concerts in the artist factory in the near future.

Veriano's plans for the former Drachenfels Hotel, which is not far away at the jetty and at the entrance to the city, are more specific than the Hotel Loreley. The box from 1973 is to be converted into apartments and flats from 23 square meters in size. It should start in 2023, and the first guests could move in the following year, says Fernández Reumann when viewing a show room.

Hotelier and restaurateur Hans-Helmut Schild emphasizes that projects in Königswinter could pay off. "When we opened our first café, they said: You'll keep for three months at most." That's six years ago now. "We want the citizens of Königswinter to be proud of their city again and that visitors have many good reasons to visit us."