How SNCF wants to reduce its energy consumption this winter

It is a very large consumer of energy, in particular the first in terms of electricity, which represents 10% of the industrial market. 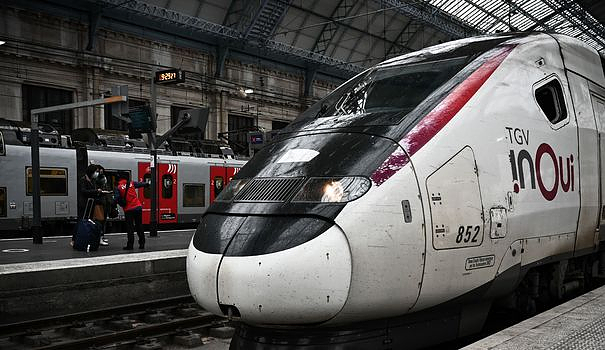 It is a very large consumer of energy, in particular the first in terms of electricity, which represents 10% of the industrial market. With its 15,000 trains in circulation per day, including 14,000 TER and 1,000 TGV or Intercités, the company uses between 1% and 2% of France's annual electricity consumption, i.e. more than that of Paris and Marseille combined. .

The SNCF is therefore particularly affected by soaring energy prices, particularly electricity. And if the government asked the SNCF to save energy, it did not, however, ask the railway company to prepare to run fewer trains this winter in the event of a shortage, as claimed by Le Parisien, said Sunday, September 4 the Ministry of Transport.

The daily said that the public company is working, at the request of the executive, on a degraded transport plan this winter in the event of severe electricity shortages, "a black scenario which would only be used as a last resort". But "the Ministry of Transport has not requested a measure of this nature from the SNCF", he told AFP.

"The objective (...) is not to stop the SNCF trains", confirmed Roland Lescure on Monday. According to the Minister Delegate for Industry, "all the desired trains" will be available in order, "for example, to go on holiday at Christmas", except "in special cases where energy should be rationed". A "false good idea" would also be to slow down the TGVs to save energy because this would disrupt transport plans, also noted Roland Lescure.

At the end of July, the Ministers of Transport Clément Beaune and Energy Transition Agnès Pannier-Runacher asked all transport operators to work on a sobriety plan, as in many other sectors, "to contribute to the reduction in energy consumption. 10% energy". And these must return their copy Tuesday, in the morning, recalled a spokesperson.

"Like all companies, we are working in September at the request of the government on an energy sobriety plan", for his part also indicated a spokesperson for SNCF Voyageurs. “No scenario is privileged and is not decided,” he assured.

The SNCF has intensified its actions for several months in order to reduce its energy consumption, for example by emphasizing "eco-driving". This more flexible driving technique thanks to software installed in the trains concerns above all long-distance journeys with few stops but also applies to TER. From now on, train drivers will be trained in greater numbers in this "eco-driving", assures the operator. "The train driver has driving conditions that invite him to proceed in the same way as motorists. On a descent, I let my train roll on the air, on the climb I avoid pulling as much as possible", details with franceinfo Bernard Aubin, secretary general of the Independent Federation of Rail and Transport Unions (First). Thus, on the Paris-Lyon line, a driver can drive 100 kilometers without consuming energy by using the slopes, explains the SNCF.

This practice makes it possible to reduce energy consumption by up to 10% "without reducing (the) speed and therefore without penalizing passengers", noted the spokesperson for SNCF Voyageurs. For the entire TGV fleet, this represents 2 million euros in savings per month on the energy bill, notes BFMTV. At the regional level, New Aquitaine applies this "eco-driving" to all its TER and estimates the gain at 10% savings.

The SNCF also intends to save money when a train is at a standstill, at the platform: this time it is about "eco-parking". The engine consumption of a stationary train is one third of that of a moving train. Today, the technical evolution of hardware facilitates the possibilities of stopping and restarting a train engine compared to older models.

Moreover, as in other transport sectors, the SNCF is also counting on more recent train models to reduce its energy consumption, such as the TGV-M, the fourth generation of the French high-speed train, which should enable future trains to save 20% energy. But the entry into service of this new generation TGV is not planned before 2024.

Finally, recalls BFMTV, SNCF wants to produce its own electricity, mainly with solar panels. It plans to install more than one million photovoltaic panels before 2030, mainly for ancillary uses (lighting, etc.). The railway company also wants to replace diesel with clean energy, while a quarter of its trains still run on diesel and 40% of its network is not electrified, mainly local and regional lines. On these lines, the SNCF therefore intends to run clean trains: the hydrogen train, technically ready but which will not run before 2025-2026 or the hybrid train, diesel and electric batteries.

As Le Parisien reminds us, the SNCF has until now spent nearly 400 million euros on electricity each year. The company was temporarily protected from the general increase, mentions Les Echos, on the one hand by the favorable rules of the Arenh (Regulated access to historical nuclear electricity), and on the other thanks to its purchases signed a year from advance. But the bill should logically explode in 2023 with soaring prices, several hundred million euros according to Christophe Fanichet, CEO of SNCF Voyageurs.