Central Asia is exposed to the consequences of the two most serious international crises of the moment: Afghanistan, again fell under the control of the Taliban on August 15, 2021, and Ukraine, invaded by Russia on February 24, 2022. 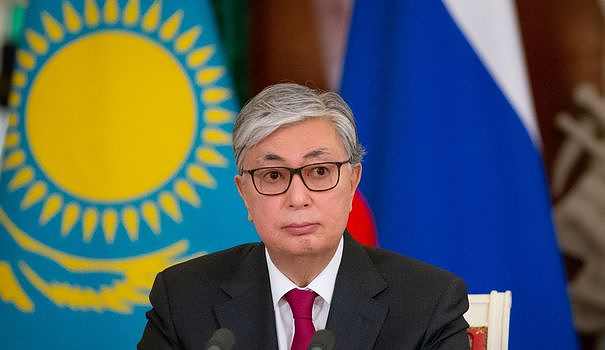 Central Asia is exposed to the consequences of the two most serious international crises of the moment: Afghanistan, again fell under the control of the Taliban on August 15, 2021, and Ukraine, invaded by Russia on February 24, 2022.

The Collective Security Treaty Organization (CSTO), a defense pact set up by the Kremlin in 2002 in Central Asia (Kazakhstan, Kyrgyzstan, Tajikistan), Eastern Europe (Belarus) and the Caucasus (Armenia), still exists , but its noticeable inaction during the recent military escalations on the borders between Azerbaijan and Armenia on the one hand, and between Tajikistan and Kyrgyzstan on the other, underlines a failure of Russia (economic, at this stage) to assume its traditional role of providing security on its southern margins.

Still, this situation creates, on both sides of the Caspian Sea, a breath of fresh air for Russia's rival powers: for example China, which has assured Kazakhstan of its unfailing support (including sovereignty has been contested by some Russian politicians since the start of the war in Ukraine); Turkey, an unconditional ally of Azerbaijan in the Caucasus, and which has moved closer, in Central Asia, to Kazakhstan and Uzbekistan on the military level since last spring; finally, from the United States, which sent the new head of the American Central Command (CENTCOM), General Michael Erik Kurilla, to Tajikistan in August, and the Speaker of the House of Representatives, Nancy Pelosi, to Armenia in September.

As far as Kazakhstan is concerned, the clear desire of its leaders since the start of the war in Ukraine to forge alternative partnerships with Russia in the security and economic fields sounds like a deepening of the "multi-vector" diplomacy carried out by Astana since the mid-1990s. It is coupled with unequivocal public declarations, with regard to the action led by President Putin in Ukraine. From the first weeks of the conflict, Astana demonstrated its refusal - based on its attachment to the Charter of the United Nations and respect for international law - to recognize the independence of the self-proclaimed Republics of Lugansk and Donetsk, a position reiterated of Zaporijjia and Kherson, other Ukrainian regions annexed by Russia.

The war in Ukraine could indirectly encourage a strengthening of existing cooperation between Kazakhstan and the EU. On the commercial level, Europe is, clearly ahead of Russia and China, Astana's leading partner, with which it carried out trade worth 26 billion euros in 2021. It should also be remembered that Kazakhstan is the only Central Asian country to have, to date, signed an Enhanced Partnership and Cooperation Agreement (APCR) with the EU, which entered into force in 2020. Against the backdrop of growing Sino-European trade, Kazakhstan is called upon to serve as a hub in the fields of transport and logistics between the Old Continent and the Middle Kingdom, which now relies more on the itinerary of its New Silk Roads transiting through Kazakh territory, rather than on that taking the Russian and Belarusian territories.

The redirection of part of the Sino-European commercial flows through Kazakhstan is capable of developing new lines of trans-Caspian cooperation, particularly with Azerbaijan, with regard to the export of Kazakh oil to European markets. Energy cooperation between Kazakhstan and the EU is not limited to the hydrocarbons sector (for which Russian territory remains despite everything, and by far, the main space for the transit of Kazakh exports): European companies are setting up implementation of projects in the field of green hydrogen in Kazakhstan (like the German-Swedish consortium Svevind, which is setting up in the west of the country), and a strategic partnership was again signed in this regard during COP27 in Sharm el-Sheikh by European Commission President Ursula von der Leyen and Kazakh Prime Minister Alikhan Smaïlov.

In the case of France, working further with the flagship power of Central Asia - which signed a strategic partnership treaty with Paris in 2008 - makes particular sense, in the current context, and this, in several respects.

First of all, Kazakhstan is seen as a natural partner of France with regard to the desire of the President of the Republic, Emmanuel Macron, to extend France's nuclear fleet in order to claim complete energy independence during the next decade. Kazakhstan, through its mining holding company Kazatomprom, has established itself as the world's leading exporter of uranium, alone providing nearly 40% of world deliveries of the resource. For its part, France could give Kazakhstan, interested in the prospect of acquiring a nuclear power plant, the benefit of its expertise in the matter.

Second, there is a reform momentum in Kazakhstan, where President Tokayev organized a constitutional referendum on June 5, 2022 to pave the way for a “New Kazakhstan”. The limitation of presidential mandates to a non-renewable seven-year term, social measures (retirement reform, support for young people) and economic liberalization (in particular with a view to encouraging entrepreneurship) bode well for profound changes. France can support this new impetus in a country which was inspired, like others in Central Asia, by the Constitution of October 4, 1958 to adopt its own Fundamental Law, the day after its independence proclaimed on December 16, 1991.

Finally, if Russian-Kazakhstani relations improve, Kazakhstan, the only Central Asian country with Kyrgyzstan to sit in all the main regional organizations alongside Russia, could serve as an intermediary in negotiations with the Kremlin. , a role assumed by Astana during the Russian-Turkish crisis of 2015-2016, in particular. This would allow Kazakhstan to put on its costume of diplomatic messenger to Russia and France, which has constantly advocated against all odds the continuation of dialogue with all the parties to the conflict in Ukraine, to equip itself with an additional channel of communication with the Kremlin.

In short, the visit of the Kazakh President to Paris constitutes for France a rare opportunity, since the beginning of the conflict in Ukraine, to operate a rapprochement with an ally very close to Russia who has taken courageous positions in recent months. , and with which there are important and natural prospects for deepening economic cooperation.