How colorful can New Year's be this time?

In the German carnival strongholds, people are celebrating like before the pandemic – Hamburg is not one of them. 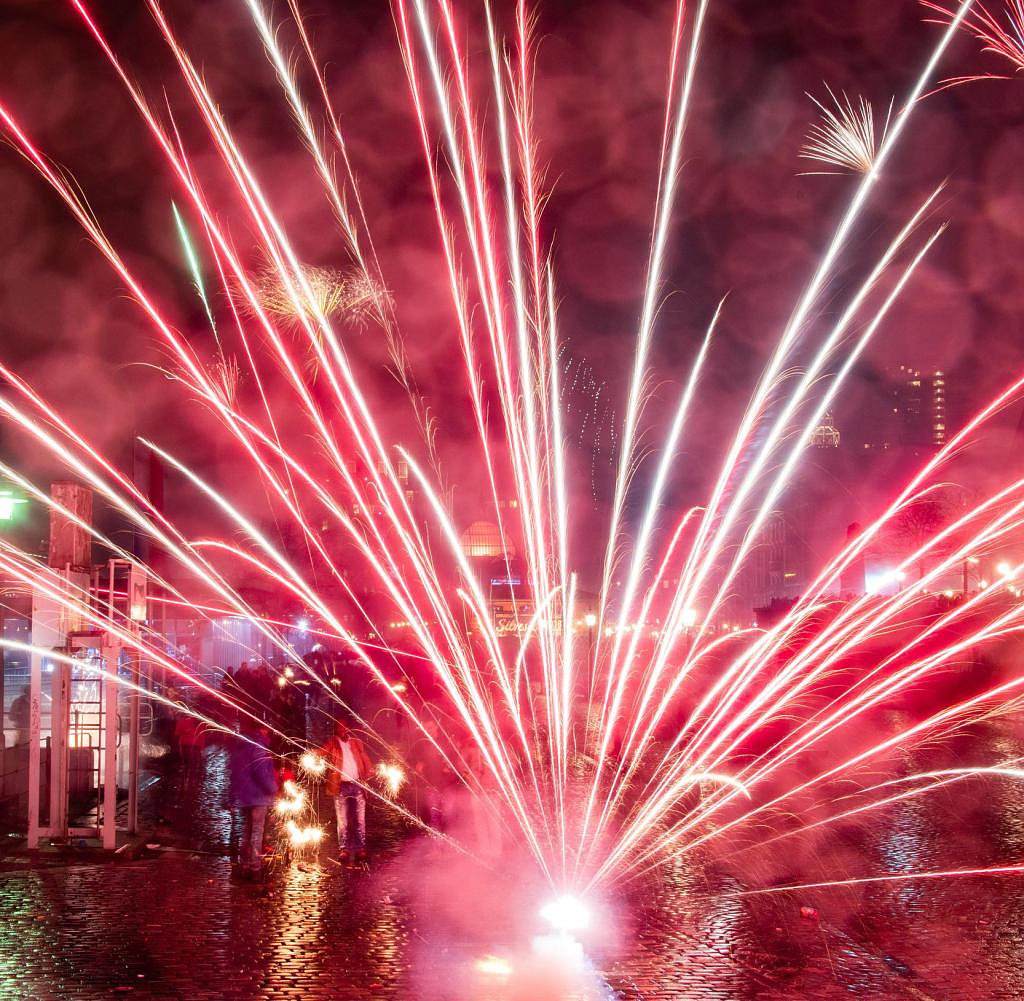 In the German carnival strongholds, people are celebrating like before the pandemic – Hamburg is not one of them. But the prospects for a New Year's Eve party "like in the old days" are still there. The interior authority has now - after there was a ban on fireworks at the turn of the year last - given an initial insight into the plans. However, some things are still open.

The specific requirements for New Year's Eve have not yet been decided. That is currently being checked, said a spokesman for the interior authority on request. However, it is quite possible that similar requirements as in 2019 before the pandemic will apply again. At that time there was a ban on firecrackers around the Inner Alster for safety reasons.

The ban applied on New Year's Eve from 6 p.m. to 1 a.m. Interior Senator Andy Grote (SPD) and Police President Ralf Martin Meyer justified this with the improper use of fireworks and the risk of injury for an increasing number of people who came there on New Year's Eve.

In 2021, the Hanseatic city banned both the sale and the lighting of fireworks in public. In addition, there was a ban on gatherings on New Year's Eve: between December 31, 7:00 p.m. and January 1, 7:00 a.m., no more than ten people were allowed to meet or stand together in public spaces. Similar measures that the red-green Senate decided at the time on the basis of the containment ordinance are unlikely this year, said the spokesman for the interior authority. The incidences are now declining, but above all, hardly any serious cases end up in the hospital.

It was announced on Thursday that Hamburg - unlike four other federal states - did not want to participate in the lifting of the obligation to isolate in the event of a corona infection. The current recommendations of the Robert Koch Institute will continue to be followed.

‹ ›
Keywords:
HamburgLauterbachJörnSilvesterbräucheSilvesterCoronavirusRobert KochAndy GroteSPDMusikFeuerwerksverbot
Your comment has been forwarded to the administrator for approval.×
Warning! Will constitute a criminal offense, illegal, threatening, offensive, insulting and swearing, derogatory, defamatory, vulgar, pornographic, indecent, personality rights, damaging or similar nature in the nature of all kinds of financial content, legal, criminal and administrative responsibility for the content of the sender member / members are belong.
Related News