How BKA and customs pursued a ton of cocaine 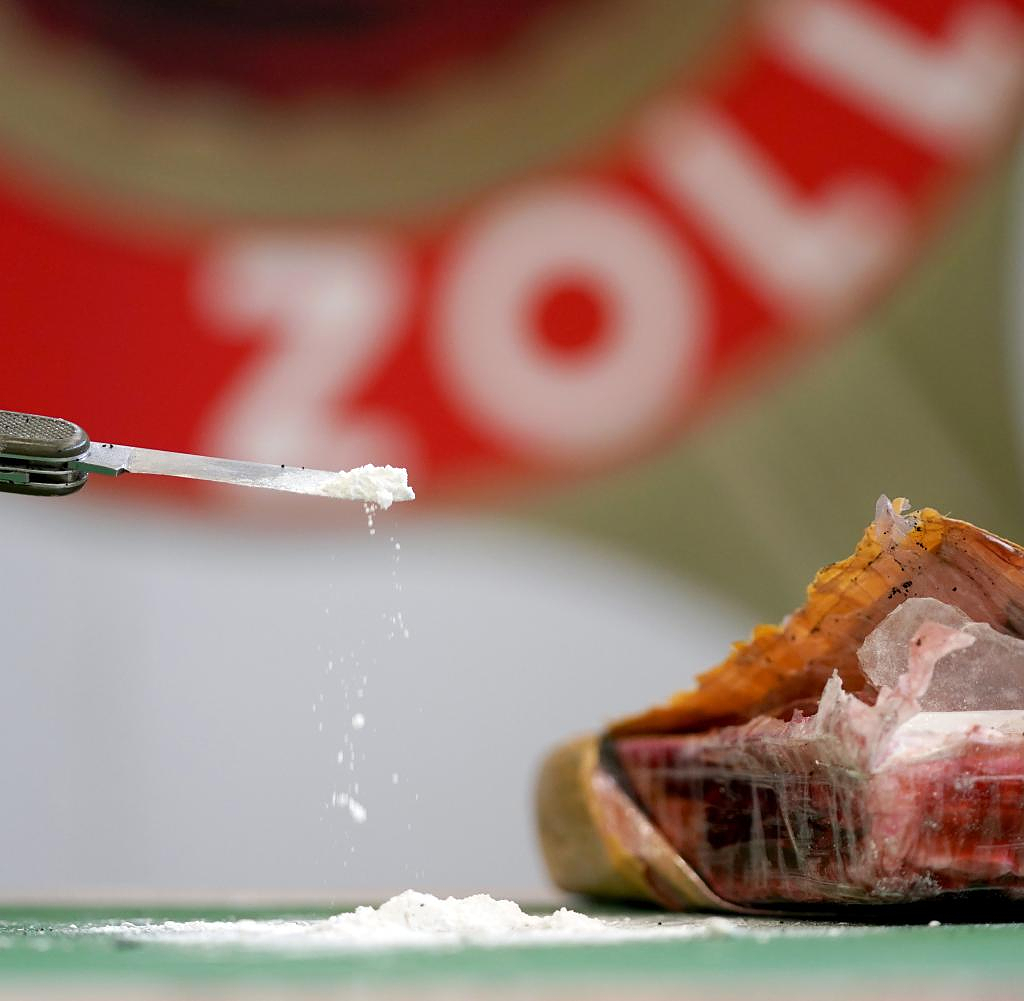 German investigative authorities have intercepted another cocaine shipment weighing several tons. The Federal Criminal Police Office (BKA) announced on Monday in Wiesbaden that 2.3 tons of the drugs had already been confiscated on August 31 in a joint action with Hamburg customs. A few days later, the alleged organizer of the delivery in Cologne was arrested. The investigations are still ongoing.

According to the BKA, the transport was a "controlled delivery" by sea initiated by the Peruvian authorities. The delivery from Peru was brought to Hamburg with the knowledge of the authorities.

The BKA and customs knew on which ship the drugs were hidden, said a spokeswoman for the public prosecutor's office. The officers opened the container in Hamburg and removed some of the cocaine that was supposed to go to the suspect's company. Then the container with a residual amount of drugs was taken to Rotterdam via Cologne, with the knowledge of the Dutch authorities.

According to the German investigators, the 58-year-old alleged organizer was also arrested in Cologne during the course of the operation. The Turkish citizen is said to have dealt in cocaine "on a large scale". In addition, four alleged backers were arrested in Peru.

For several years, the security authorities have been intercepting shipments of cocaine, some of them huge, that are hidden in normal shipping containers. This corresponds to what is now standard practice for organized crime gangs. They place the drugs in shipping containers in South America, only to have them removed unnoticed by helpers once they arrive in Europe.

The seaports in Hamburg, Antwerp in Belgium and Rotterdam in the Netherlands are the main gateways. In Hamburg, the authorities recently confiscated huge amounts on several occasions. The largest delivery to date was discovered there in February 2021. It comprised 16 tons with a street value of one and a half billion euros. It was the largest single find in Europe. In connection with this, another seven tons were discovered in Antwerp.

The Hamburg State Criminal Police Office, the Cologne Police Headquarters and special forces from the Federal Police were involved in the action. During the arrest, the officers seized data carriers, cell phones, laptops and cash.

The amount of cocaine is unusually large, but does not represent a record find. In February 2021, customs investigators in Hamburg discovered 16 tons of cocaine in containers from Paraguay. It was the largest amount of cocaine ever seized in Europe, it was said at the time.

Only last week did it become known that 700 kilograms of heroin had also been seized in the port of Hamburg at the end of August. It was the largest quantity of this drug ever discovered in Germany.

Federal Interior Minister Nancy Faeser called the find an important blow against organized crime. "The seizure of this large amount of heroin shows that we have a problem with drugs illegally imported into Germany and Europe," the SPD politician told the German Press Agency on Saturday.

"Such amounts of heroin destroy people and bring huge profits to criminal dealers." She thanked the authorities for the "important step in the fight against illegal drug trafficking," added Faeser.

On Friday, the public prosecutor's office in Dresden reported that the police and customs had found something in a shipping container. In Dresden, Spain and the Netherlands, a total of five men were arrested on strong suspicion and arrest warrants were issued against four of them. Two suspects arrested in Dresden are in custody, the other three are in custody pending extradition.

In addition, there were searches. According to the information, the background is investigations by the Dresden public prosecutor's office and the Federal Criminal Police Office (BKA) into suspected gang imports of narcotics in large quantities.

The accused are said to have smuggled large amounts of heroin from Iran to Germany in order to redistribute it throughout Europe. A key transhipment point is said to be in the greater Dresden area – the mega-delivery was also addressed there, as a spokesman for the Dresden public prosecutor said.

‹ ›
Keywords:
TexttospeechHamburgDrogenhandelKokainOrganisierte KriminalitätBKAZollStaatsanwaltschaftAntwerpenZoll HamburgPeruEuropaIranKölnDresdenBurchardkaiWaltershofWiesbadenBundeskriminalamtesSüdamerikaHHLARotterdamKriminalitätBKA (Bundeskriminalamt)KrimiKokainlieferungEcuador
Your comment has been forwarded to the administrator for approval.×
Warning! Will constitute a criminal offense, illegal, threatening, offensive, insulting and swearing, derogatory, defamatory, vulgar, pornographic, indecent, personality rights, damaging or similar nature in the nature of all kinds of financial content, legal, criminal and administrative responsibility for the content of the sender member / members are belong.
Related News