Housing industry protests against red-green compromise of the century

In Hamburg, some of the newly built social housing is to be equipped with a 100-year rent control. 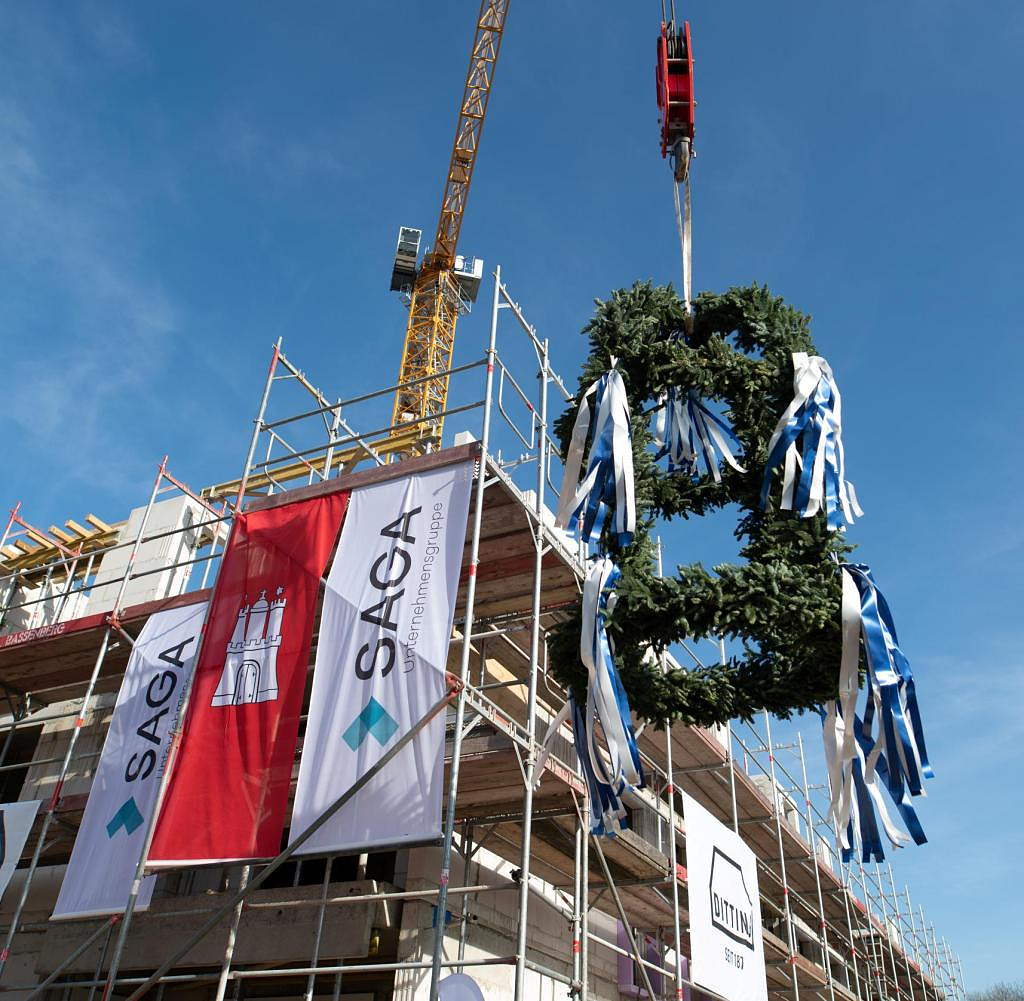 In Hamburg, some of the newly built social housing is to be equipped with a 100-year rent control. In addition, the sale of city apartments and residential land should be generally excluded in the future. The red-green city hall coalition agreed on this in almost two years of negotiations with two popular initiatives, as the SPD and Greens parliamentary groups announced on Wednesday. The agreement should therefore be brought to the citizenship in the next few weeks. "In return, the popular initiatives have agreed to end the referendum process."

The two initiatives were under the motto “No profits with soil

“The agreements create long-term rental price controls of a duration previously unknown in Germany. At least 1,000 publicly funded apartments with a rent control period of 100 years are to be built on urban land each year. The special responsibility of the city for an adequate supply of housing is also part of the Hamburg constitution," said Dirk Kienscherf, chairman of the SPD parliamentary group in the citizenship. He and the Greens received applause from the left in Parliament.

The assessment by the housing industry is quite different. The housing industry associations in the Hamburg Alliance for Housing - the BFW Landesverband Nord, the Landowners Association Hamburg, the IVD Nord and the Association of North German Housing Companies (VNW) - issued a joint statement on Wednesday. “The compromise with the popular initiatives will not result in more affordable housing being created. Instead, it significantly jeopardizes the construction of subsidized and privately financed housing on the city's land. In this respect, we consider it a dramatic mistake," it said.

With 100-year rental price controls at a level below the average of the rent index, financing over the entire period without public funding cannot be carried out in a calculable manner, is the argument of the associations. The subsidies for social housing currently run for a period of 30 years. “From today's perspective, finding a financing institution that will finance the period after these 30 years with low rental income is difficult if not impossible. It will be difficult to find reputable builders for such concepts,” is the assessment. The city itself must therefore now provide additional funding, since the building should also be climate-friendly. In addition, there is now a risk that the cheap apartments will accumulate again in some quarters if the city does not provide sufficient space, but 1000 of the tied apartments would have to be built according to the agreement: "There is a risk that the mistakes will be made there of the 1960s and 1970s and this leads to socially overwhelmed neighborhoods.”

‹ ›
Keywords:
HamburgSozialer WohnungsbauLauterbachJörnWohnungsbauTexttospeechBündnis 90Die GrünenSPDBFW Landesverband NordIVD NordDie LinkeImmobilienMietpreisbindungVolksinitiativenWohngrundstücken
Your comment has been forwarded to the administrator for approval.×
Warning! Will constitute a criminal offense, illegal, threatening, offensive, insulting and swearing, derogatory, defamatory, vulgar, pornographic, indecent, personality rights, damaging or similar nature in the nature of all kinds of financial content, legal, criminal and administrative responsibility for the content of the sender member / members are belong.
Related News