Post a Comment Print Share on Facebook
Famagusta
DOLLAR 18,83
EURO 20,22
GOLD 1.136,69
BIST 4.186,01
The state of NRW has to burn millions of masks and van Laack smocks
"That's the only thing I want - drugs"
How Goethe plunged his son into misfortune
"America will soon be in civil war"
Here you can now get funding for the renovation
"It's not just about having sex, it's about much more"
The "Komet" brought Udo Lindenberg his first number 1 hit
Fall and demolition after an abstruse jump to 161.5 meters
"I felt like my heart was being ripped out"
What you should now know about organ donation

"Hospitals in the intensive care unit" - hospital reform should help

According to experts, Germany has many hospitals compared to neighboring countries, but there are still problems with the care. 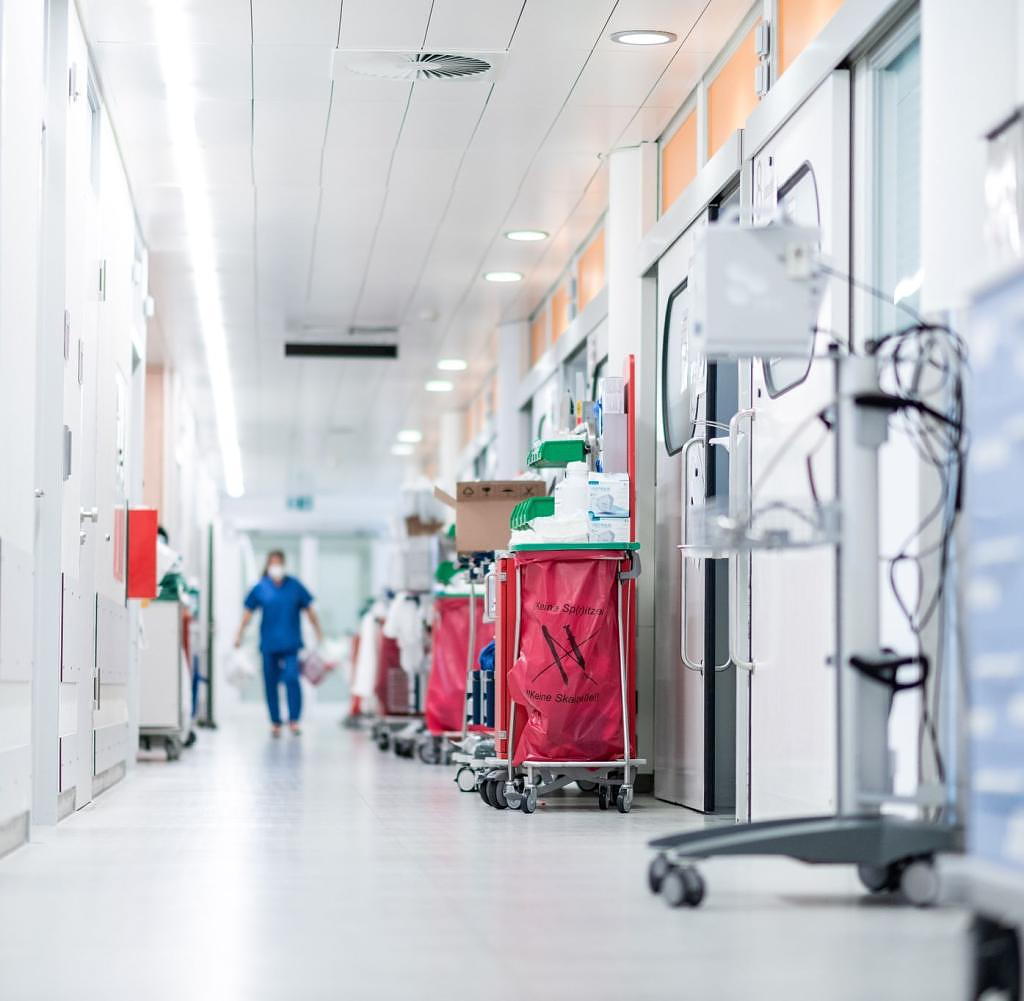 According to experts, Germany has many hospitals compared to neighboring countries, but there are still problems with the care. Clinics are also struggling with staff shortages and financial burdens. The German Hospital Society (DKG) even fears a “wave of insolvencies”. The government now wants to tackle the problems with a hospital reform. Health Minister Karl Lauterbach (SPD) otherwise fears that clinics will “slowly die”, as he tweeted on Thursday. "Many hospitals are in intensive care."

Not necessarily, because the number of cases treated in clinics has also increased significantly: twenty years ago there were a good 17 million cases per year, and before Corona it was more than 19 million. The number fell in the pandemic years 2020 and 2021 due to postponed treatments. In the long term, however, a further increase is to be expected due to the aging society. According to experts, there are also false incentives in the current system, which lead to increasing numbers of treatments. These should now be reduced by the hospital reform.

It is primarily about the so-called flat rates per case, these are to be reduced. Clinics receive a flat-rate amount in euros per patient or treatment case. According to Lauterbach, this leads to a "hamster wheel effect" of carrying out as many treatments as cheaply as possible. The quality can suffer as a result and at the same time the staff comes under further pressure due to the amount of work. Decreasing flat rates are intended to reduce incentives, for example to install knee prostheses where it may not be necessary.

In return, there should be so-called provision services for the clinics: Fixed amounts for the provision of staff, an emergency room or necessary medical technology. The fire brigade is not only paid when there is a fire, is an argument of the experts who have drawn up the hospital reform proposals for the federal government, on the basis of which legislation is now to begin.

The resources should be better distributed: More specialization and less "everyone does everything". Nationwide, a uniform division of clinics into three levels is planned with appropriate funding: clinics close to home for basic and emergency care, houses with “regular and special care” – i.e. additional services – and “maximum care” such as university clinics.

Greater specialization is also being sought within the clinics, with specific orders for specific services (service groups). Instead of a general department of internal medicine, where everything is done, there could be a specialization in kidney, heart or gastrointestinal treatments, depending on the clinic.

During the corona pandemic, the clinics lost income because treatments were postponed because beds had to be kept free for possible corona patients. According to the DKG, the state compensation payments for this could not cover this. Now the strong inflation is added and further burdens the hospital finances. Hospitals cannot simply pass on higher prices for materials, transport costs, food or anything else.

DKG and health insurance companies also criticize the federal states, which are responsible for investments in new devices, renovations and new taps, for example. The countries neglected their financial obligations, it is said. Clinics would then have to pay for urgently needed things out of their own pockets and since more income can be generated, above all, through more treatments - keyword case flat rate - one is then back to the "hamster wheel effect".

It depends on what the concrete changes in the law look like in the end. The proposals on the table initially envisage a system change over several years, which would not help much in the short term. The Bavarian Health Minister Klaus Holetschek (CSU) had already asked for additional money: the federal government should support the clinics with 15 billion euros a year in operating costs. Sustainable hospital care will not succeed through pure redistribution.

‹ ›
Keywords:
GesundheitApple PodcastTexttospeechKarriereSPDNewsteamKrankenhäuserKarl LauterbachGesundheitsministeriumIntensivstationenKlinikkonzerneDKGKlinikreformPersonalengpässen
Your comment has been forwarded to the administrator for approval.×
Warning! Will constitute a criminal offense, illegal, threatening, offensive, insulting and swearing, derogatory, defamatory, vulgar, pornographic, indecent, personality rights, damaging or similar nature in the nature of all kinds of financial content, legal, criminal and administrative responsibility for the content of the sender member / members are belong.
Related News