The German Hospital Society has again warned of the consequences of the dramatically increased energy prices for the clinics and called for a quick adjustment to inflation. 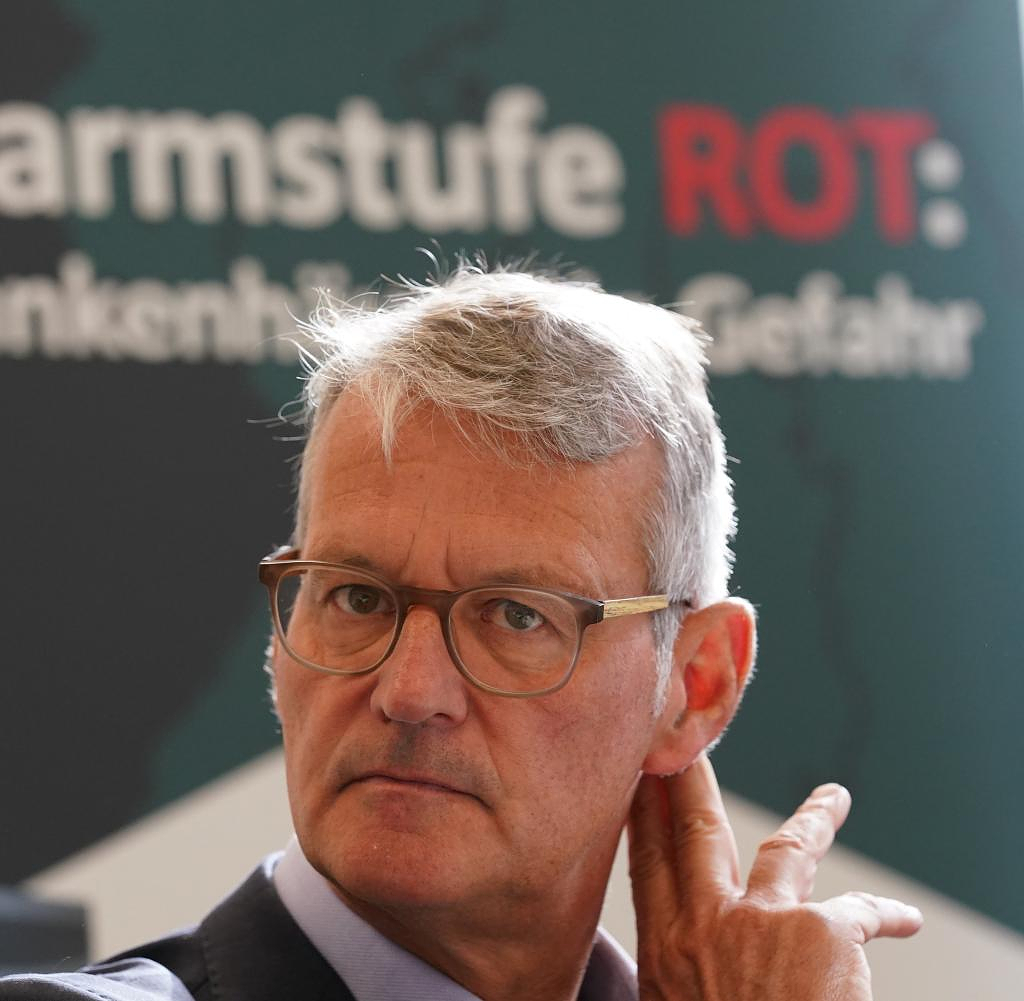 The German Hospital Society has again warned of the consequences of the dramatically increased energy prices for the clinics and called for a quick adjustment to inflation. "Corona autumn wave and extremely rising costs, especially for energy, mean previously unknown economic risks for hospital care," said CEO Gerald Gaß of the "Rheinische Post" (Saturday).

"We now need inflation compensation immediately, because the majority of hospitals can no longer pay the increased costs from income and reserves." He warned: "If politicians do not act decisively here soon, we will have a winter of hospital experience bankruptcies.”

Federal Health Minister Karl Lauterbach announced last month that he would put together an aid package for the clinics because of the sharp rise in operating costs. "In this energy and inflation crisis, we will not let our hospitals down and will get them through the fall and winter," said the SPD politician in the Bundestag at the time.

North Rhine-Westphalia's Prime Minister Hendrik Wüst (CDU) has meanwhile called on the federal government to "immediately" clarify energy prices. "It must finally be clear how and when the energy price brake and the other relief will work," Wüst told the editorial network Germany (RND/Saturday). This planning security must be established in the next week at the latest. every day counts "If the traffic light government continues to let so much time pass, it will negligently increase the uncertainty among the population." He called for a "clear signal" that the relief as a result of the Russian war of aggression could also apply retrospectively if necessary. "People's misery must not increase just because the federal government is delaying decisions."

During consultations between the federal and state governments on Tuesday on relief for citizens and companies, there was no agreement on many financing issues. At the weekend it is expected that a commission of experts set up by the federal government will present a proposal for the planned gas price brake.

On Friday, the federal government launched the multi-billion defense shield to relieve citizens and companies in the face of high energy prices. On Friday, the Ministry of Finance submitted a draft for upgrading the Economic Stabilization Fund to the departmental vote. According to the draft, the Ministry of Finance is to be authorized this year to take out loans of 200 billion euros for the fund.

The Economic Stabilization Fund (WSF) as a special fund is intended to cushion the consequences of the energy crisis in the future, in particular price increases for gas and electricity in Germany, according to the draft. This was available to the German Press Agency. Among other things, the planned gas price brake is to be financed via the WSF.

‹ ›
Keywords:
NewsteamKlinikenEnergiepreiseBundestagWSFRheinische PostEnergiekriseInflationsausgleichGerald GaßKrankenhausVersorgungMigration
Your comment has been forwarded to the administrator for approval.×
Warning! Will constitute a criminal offense, illegal, threatening, offensive, insulting and swearing, derogatory, defamatory, vulgar, pornographic, indecent, personality rights, damaging or similar nature in the nature of all kinds of financial content, legal, criminal and administrative responsibility for the content of the sender member / members are belong.
Related News