Hope in the Greens? "Not really," says Greta Thunberg

Greta Thunberg is considered a symbol of the climate movement. 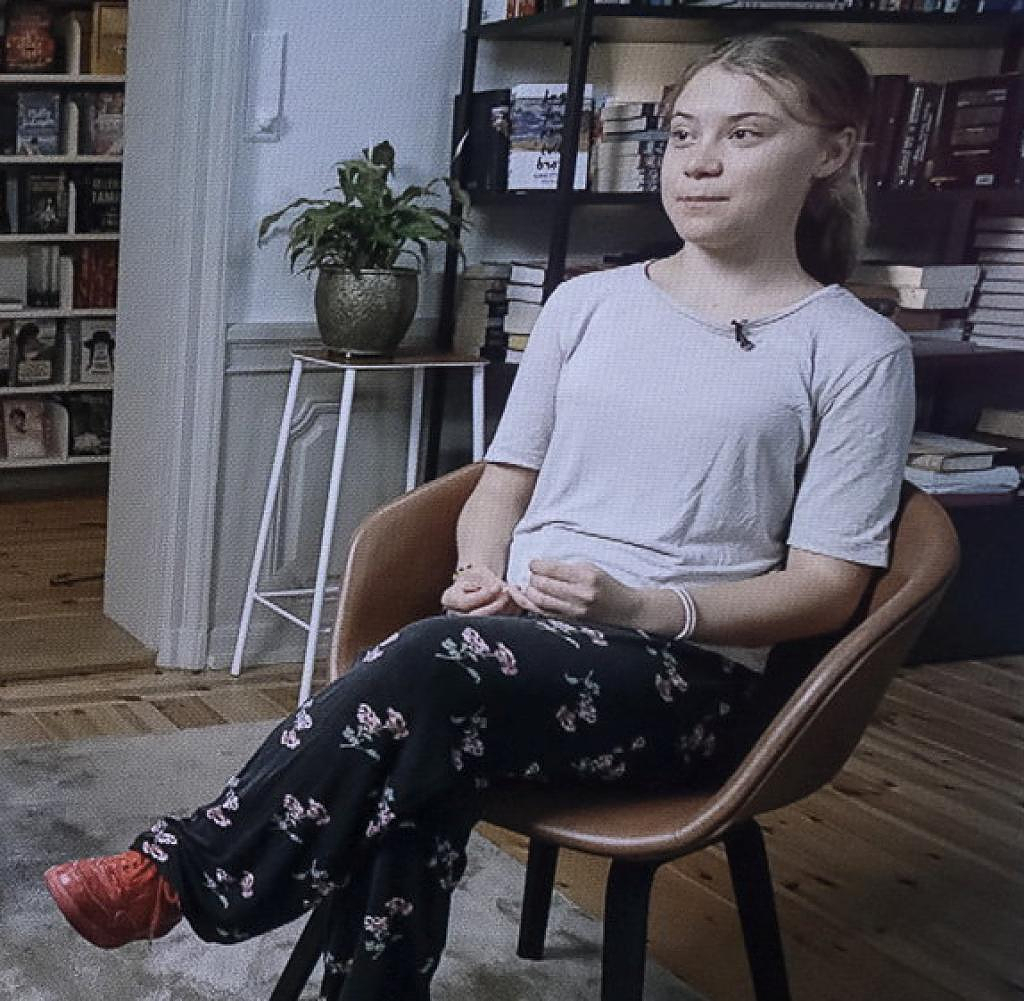 Greta Thunberg is considered a symbol of the climate movement. Sandra Maischberger flew to Stockholm earlier this month to visit the 19-year-old activist. The interview was shown on Maischberger's ARD talk show on Wednesday evening. It was about the energy crisis, environmental protection and Thunberg's personal future. The previously published quote that she was in favor of nuclear power plants had already provoked opposition from opponents of nuclear power. Thunberg demands even more.

As a 15-year-old climate activist, Thunberg became famous in 2018. The "school strikes for the climate" she initiated in front of the Swedish parliament building grew into the worldwide Fridays for Future movement. Even today they strike week after week in the capital Stockholm. But that will soon come to an end.

Thunberg is in her last year of school, after which she wants to study social sciences. "The school strike for the climate will no longer work, it feels strange," she said to Maischberger.

"We are only at the beginning of our fight," said Thunberg with regard to the climate crisis. Her emotional “how-could-you-dare” speech in 2019 at the start of the United Nations climate summit caused a stir. In private, she is never angry and saves that for her performances, she said to Maischberger.

Her “Climate Book” will be published at the end of October. Heatstrips are featured on the cover to show how the global average temperature has been increasing over many years. Demands in her book are aimed at reducing economic productivity and terminating existing contracts because they would have a bad effect on the climate. But jobs were also attached to it, said Maischberger. "In our system, that would be catastrophic," Thunberg agreed. And the solution? "Good question, I wish someone had one."

In Germany and other countries, many people are concerned that the energy crisis will lead to power and gas outages. Thunberg: “We have made ourselves dependent on fossil fuels and authoritarian systems and created a society where we are unable to see more than a year into the future. That is not sustainable.”

Your quotes on nuclear power were made public before they were broadcast on TV and were sharply criticized by opponents of nuclear power. Former Green party leader Simone Peter wrote on Twitter: "(Not only) in Germany it doesn't make sense, dear Greta: the operating licenses are expiring, safety checks were therefore no longer carried out, the uranium also comes from Russia, and above all: for balancing the

In the interview, Thunberg also criticized her home country of Sweden: “I know that in Germany people are talking about saving energy. It's frowned upon in Sweden because people think it's communism. Not a single politician here is saying that we should use less energy.” Then she added with a sneer: “Studies show that the price would go down with consumption.”

Thunberg accused Germany of being one of the worst climate sinners. The Greens have been co-governing the Federal Republic for almost a year. Maischberger asked whether Thunberg had hoped that this would change anything? "Not really," Thunberg said.

In Sweden, too, a green party was part of the government for a long time, "and we are still one of the world champions in greenwashing".

Thunberg was calm in conversation with Maischberger and often supported her answers with gestures. During the interview, Thunberg wore a gray long-sleeved shirt, loose black pants with a pink floral pattern, and striking pink shoes.

When Maischberger asked whether she was an optimist or a pessimist, Thunberg described herself as a realist. “If we do the things we have to do, we can prevent disaster. If not, we suffer the consequences. It's up to us," she said. She demanded: "We need billions of climate activists." Everyone must reduce their CO₂ footprint. “The climate crisis is forcing us to change our behavior. We need a culture change.”

You have to use civil disobedience – if it is done properly, she said with a view to actions such as Extinction Rebellion. The climate movement is far from having failed: “Something is happening. We have more and more people, science, truth and morality on our side. It's just not moving fast enough.”

In the future, she wants to focus more on the humanitarian aspects of the climate crisis. Already today, many are suffering from the effects or even dying, she said. "The people who are already affected by the crisis should get attention."

Even if her school strikes come to an end, Thunberg wants to continue in some way: “What we need most is political action.” But she “never” wants to become a politician. Only grassroots democratic movements could actually change something, she said. "I will definitely be a climate activist for the rest of my life."

Wolfgang Kubicki was also a guest in the studio. The FDP missed entering the Lower Saxony state parliament. The deputy party leader spoke about the lessons for the Liberals and the impact on the federal government.

"No FDP politician is thinking about breaking the traffic light," said Kubicki. Rather, as a party, you have to find a solution and make it clear to the people that the Liberals have their part in the government.

Dealing with each other in the coalition is "cordial", as the past meeting of the coalition factions showed, said the Vice President of the German Bundestag. He thinks the traffic light will stop. If only in view of the crises that Germany is currently having to shoulder and that require joint action for the country.

The FDP wants to keep the three active nuclear power plants connected to the grid until at least 2024, he confirmed. The coalition will come up with a solution next week. "We will agree."