Hong Kong: the president of the journalists' union arrested 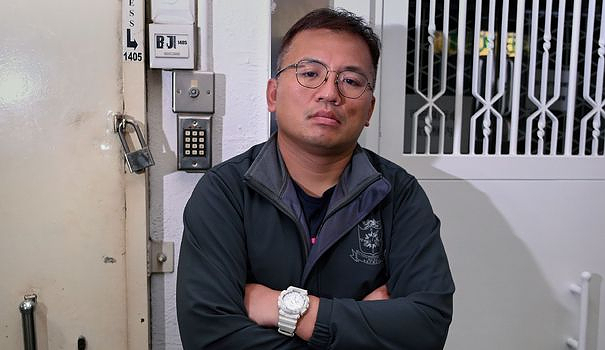 Channel C, the online news agency Mr Chan works for, said the reporter was taken away by police who demanded to verify his identity while he was reporting on a meeting of council housing owners. .

Police have confirmed that a 41-year-old man named Chan was arrested after refusing to show officers his ID and behaving in an "uncooperative" manner despite multiple warnings.

Mr Chan is expected to leave Hong Kong at the end of September after winning a scholarship to attend a six-month Reuters Institute program at the University of Oxford.

Mr. Chan was re-elected in June as head of the HKJA, the main union for local reporters.

Like many now-shutdown pro-democracy civil society groups and unions, Mr. Chan and the HKJA have come under heavy criticism from media outlets that report to Beijing's liaison office in the city.

Authorities are waging a massive crackdown on dissent in Hong Kong after huge, and at times violent, pro-democracy protests in 2019.

The Apple Daily newspaper and online news platform StandNews - for which Mr Chan worked - both closed last year after several of their executives were accused of violating national security law.

The city's public radio, RTHK, is looking more and more like Chinese state media after being overhauled by government order.

The Foreign Press Club of Hong Kong (FCCHK) withdrew its prestigious Asian Human Rights Press Prize this year, citing the security law, a move that has sparked controversy among many many journalist members.

The club recently published a watered-down press freedom statement on its website, including retracting the statement: "In the face of unprecedented attacks on the media, never has the role of our club been more vital, nor has our strong commitment".

Hong Kong fell 68 places in 2021 in the Reporters Without Borders (RSF) press freedom ranking published in May to reach 148th place worldwide.