At least three days a week - that's how often Fiona Alderman is supposed to work on site in her office in Borough, a part of London. 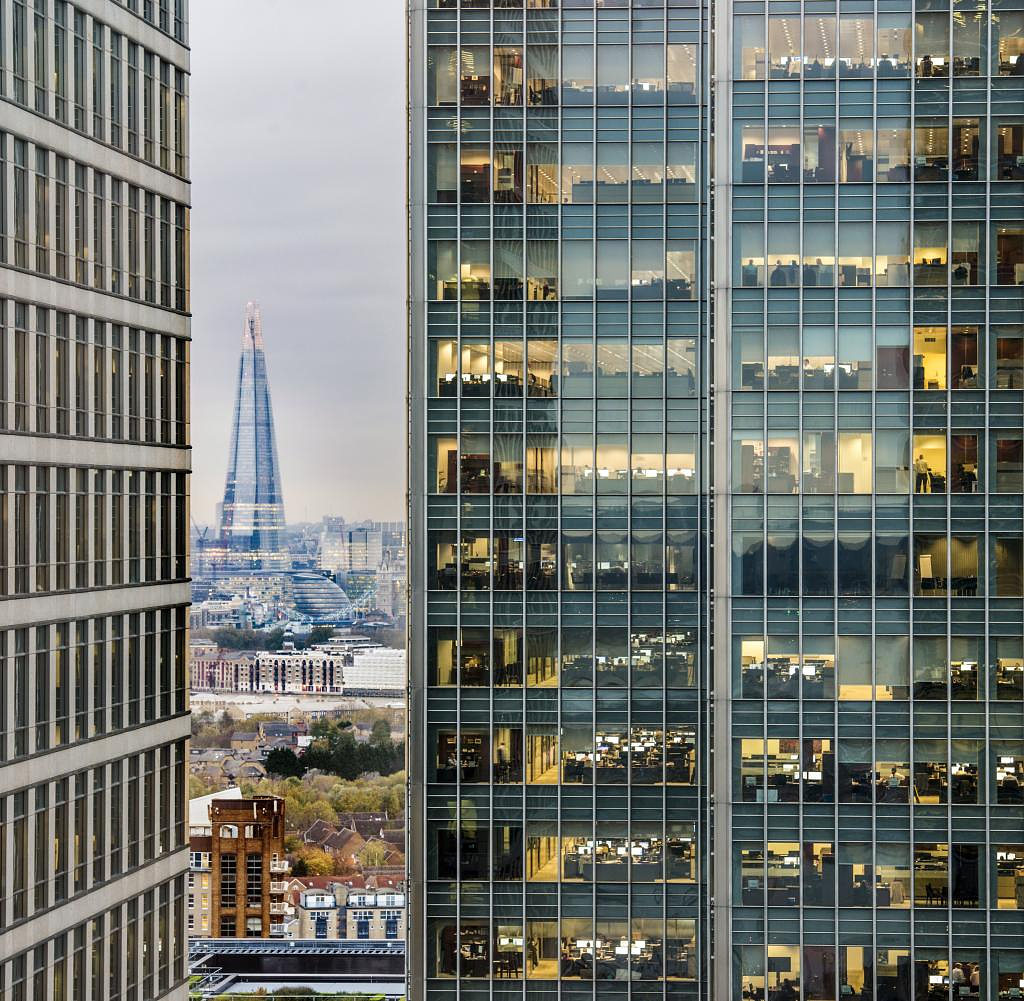 At least three days a week - that's how often Fiona Alderman is supposed to work on site in her office in Borough, a part of London. "At least that's the clear message from my manager," she says, who works for a consulting firm specializing in infrastructure. But according to her own statements, the engineer almost never manages to do this.

"Two days is the maximum," she admits. She would not expect her team to be at the office desk more often either. Reasons for breaking the rule could always be found. “We spend a lot of our days exclusively in video meetings. It’s easier to do that from your desk at home, because it’s much quieter there.”

The behavior is not an isolated case, shows a recent study by the London School of Economics (LSE) in cooperation with the interest group Women in Banking and Finance (WIBF). Regulations on a certain number of office days per week issued by top management are largely ignored, said respondents working at financial services firms in the City of London.

The approximately 100 participants in the survey represent different hierarchical levels at banks and asset managers. Everyone agreed that a hybrid approach, where working from home is the norm, does not hurt or even improves productivity. The majority of the managers surveyed rated this strategy of "remote first" significantly better than a culture of presence as a sign of productivity.

Employees are frustrated that they're being called into the office to answer emails or make Zoom calls, said Grace Lordan, associate professor of behavioral science at LSE and one of the study's authors. "Companies that expect their employees to be in the office for no reason are losing access to the breadth of talent available in the labor market," she warned. "These demands are often driven more by one's own ego than by having the company's interests in mind."

Since the pandemic forced people to work from home for weeks, sometimes months, the concept of a hybrid way of working has become established in many offices worldwide. Many employees then commute to their workplace in the company's on-site buildings when they meet colleagues for meetings, attend training courses or perform tasks that require specific tools or machines.

However, while some companies let their employees choose where they want to work the rest of the time, many require one or more days of office attendance each week. But not all company bosses want to come to terms with the new, more flexible rules and doubt that people work just as hard at their desks at home as they do in the office – surrounded by colleagues.

Shortly after taking over the short message service Twitter, Elon Musk announced the end of flexibility in his first email to all employees. "Working from home is no longer allowed unless you have a specific exception," Musk wrote, noting that those exceptions must be presented to him personally for approval.

In spring he had already enforced the same compulsory attendance at the car manufacturer Tesla and pointed out that from his point of view the home office only tempted not to work hard. JP Morgan boss Jamie Dimon has repeatedly spoken out against flexible attendance rules.

Empirical data on productivity in different work environments have so far been scarce. A joint study by Stanford University and Beijing University for a large Chinese technology company from the current year and last year shows slightly better results for employees who worked from home two days a week than for their colleagues who worked five days a week office were present. However, this finding does not translate unequivocally to other forms of employment and business.

What is certain, however, is that offering flexibility is becoming increasingly important in order to keep employees and attract potential new employees to a company. "Companies that take a 'remote-first' approach and only expect their employees to be in the office to collaborate with someone or to fulfill an operational need are those that can attract and retain the largest pool of talent," said Grace Lordan. This is particularly attractive to women.

Other research underscores this growing importance of working away from the desk in the office. According to a survey by the service provider Flexos, which helps companies organize hybrid teams, 52 percent of employees in the city-state would quit their job if they were denied the opportunity to work at home on individual days.

McKinsey consultants investigated the reasons for layoffs between April 2021 and 2022 in the United States and five other markets. In 26 percent of the cases, the respondents referred to a lack of flexibility when choosing between home office and the classic workplace. It was precisely this choice that many rated the highest for their next job.

Personnel experts emphasize how important flexibility, but also different options, are now. Not every employee prefers to work from their desk at home. Companies should also address this.

Almost three years after the outbreak of Covid-19, it is clear that the number of people working from home differs significantly between individual countries. In the UK and US, the number of trips to work in October was still more than 20 percent below pre-pandemic levels, data from the Google Mobility Index shows. In France and Italy it was just under ten percent less. Germany was in between with 15 percent.

An analysis of Google data by the Financial Times shows that city dwellers are particularly reluctant to commute to the office. While the national average is 24 percent behind February 2020, Greater London is 33 percent. The difference is particularly pronounced at 7 percent to 27 percent in France and the capital Paris.

‹ ›
Keywords:
Home OfficeWorkLifeBalanceArbeitArbeitgeberLageArbeitsmarktLageTexttospeechLondonGroßbritannienBoroughFiona AldermanElon MuskApple PodcastAmazon MusicLSEFinancial TimesUniversität StanfordFrankreichVereinigte StaatenInteressenverband WomenKarriere
Your comment has been forwarded to the administrator for approval.×
Warning! Will constitute a criminal offense, illegal, threatening, offensive, insulting and swearing, derogatory, defamatory, vulgar, pornographic, indecent, personality rights, damaging or similar nature in the nature of all kinds of financial content, legal, criminal and administrative responsibility for the content of the sender member / members are belong.
Related News