Hitler's most important bomber taught fear - but only briefly

Hundreds of times, Royal Air Force fighter pilots shouted the name into their microphones: "Heinkels!" Because almost a thousand Heinkel He-111 medium-range bombers formed the main force of the German Luftwaffe during the Battle of Britain in 1940/41. 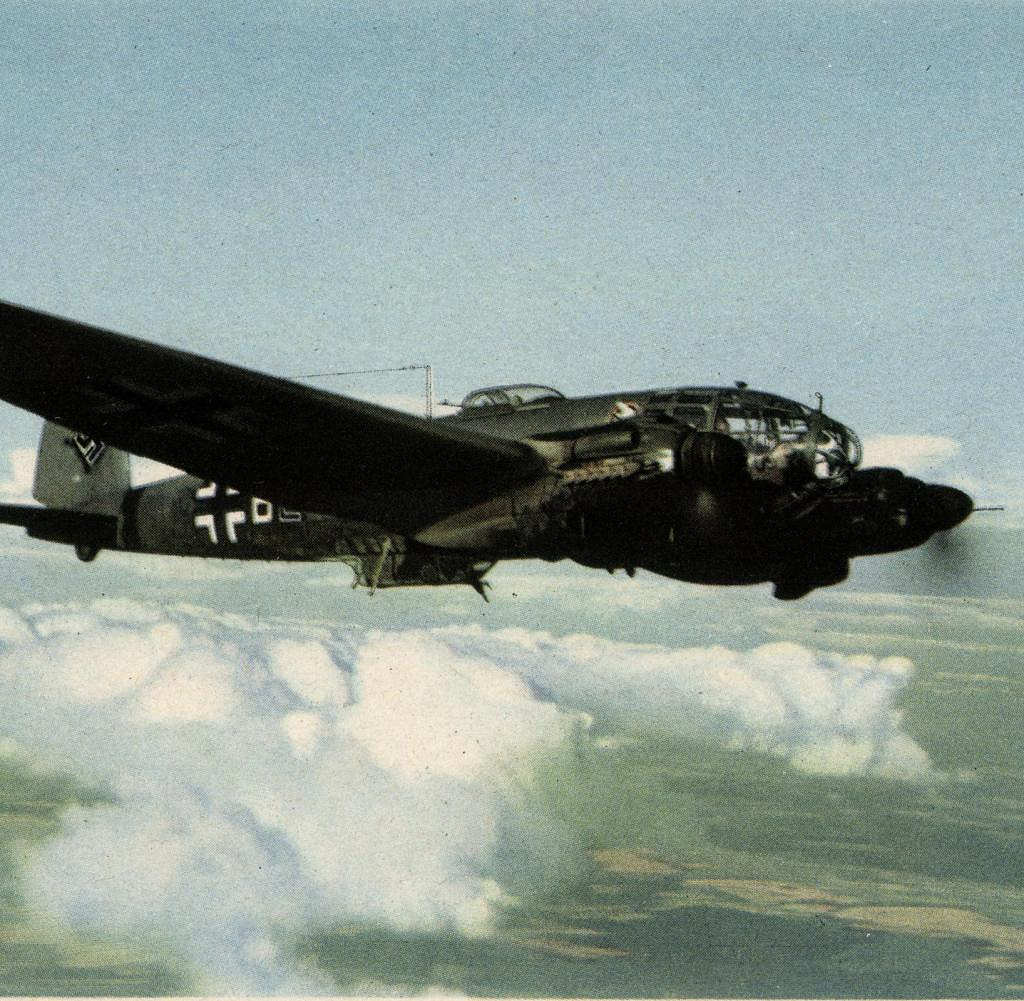 Hundreds of times, Royal Air Force fighter pilots shouted the name into their microphones: "Heinkels!" Because almost a thousand Heinkel He-111 medium-range bombers formed the main force of the German Luftwaffe during the Battle of Britain in 1940/41. It was these two-engine machines with the characteristic glass bow that were feared by all opponents of the Third Reich in the first half of the Second World War. Her story began on December 1, 1922 in Warnemünde.

On this Friday, the 34-year-old Ernst Heinkel founded the aircraft factory named after him in Warnemünde; as a location he had rented a hall of the former Seaplane Experimental Command. Although he had never formally completed his studies in mechanical engineering - he did not get beyond the certificate of the "mathematical and scientific preliminary examination for candidates in the mechanical engineering subject at the Royal Technical University in Stuttgart". Nevertheless, before and during the First World War he had become a successful aircraft designer for the Albatros works and the Hansa-Brandenburg aircraft works.

This is where Heinkel picked up again in 1922. The Versailles Treaty banned Germany from developing aircraft that could be used militarily, but many designers saw this condition as just an incentive to use tricks to violate it. So did Heinkel: Officially, he developed and built seaplanes for civil use in particular, but in fact he offered his technical knowledge to foreign clients; the resulting constructions were then manufactured abroad under license. Among other things, the first catapult-launched reconnaissance aircraft for the Imperial Japanese Navy were actually Heinkel constructions.

In 1932, Ernst Heinkel, who had not been able to fly an airplane himself since a serious accident in 1911, and his chief designer Siegfried Günther developed the Heinkel He-70 "high-speed passenger aircraft". The single-engine machine reached a top speed of 360 kilometers per hour, which was breathtaking for the time.

This pattern was conceived as a "dual-use" construction long before the term even existed: it could be used for both civilian and military purposes. 15 He-70s went to Deutsche Lufthansa, another 26 abroad - but from January 1935 the new Luftwaffe received 296 units, mainly as reconnaissance and liaison aircraft.

Starting in 1932, Siegfried Günther and his twin brother Walter developed the He-111 for Ernst Heinkel according to the same principle. Officially a twin-engine civil aircraft for the increasing passenger traffic on short and medium-haul routes, it was actually a medium-weight bomber from the start. In fact, the prototype of the military variant completed its maiden flight in February 1935, a few weeks before the prototype of the civilian variant: Hitler's Germany no longer attached importance to camouflage.

The first series still had a classic cockpit on the top of the fuselage, similar to the German design Dornier Do-17 or the US model Boeing 247, which was about the same time. But the pilots of the He-111 criticized the poor overview, especially to the front and bottom. So Heinkel's engineers developed a new fuselage nose for their aircraft - fully glazed and with the typical ribbed structure. The unmistakable "Heinkel look" was born.

The first bombers of the new P series were delivered in early 1939, and the improved H series, equipped with Junkers instead of Daimler-Benz engines, followed before the start of the war. The Heinkel aircraft were manufactured in the main factory in Rostock (which, however, had moved twice since it was founded in 1922) and in the new factory in Oranienburg, built in 1936/37 north of the Reich capital Berlin.

Together with Willy Messerschmitt, who was ten years his junior, Heinkel was now the most important personality in German military aircraft construction; Claude Dornier, who was a bit older, was not enthusiastic about it and only became a member of the NSDAP in 1940, while Hugo Junkers, who was born in 1859, lost his shares in the company in 1933 and died two years later.

The He-111 only proved itself to a limited extent in the Battle of Britain because its design was too slow. Even strong defensive armament could not solve the problem, so the Luftwaffe had to switch to night attacks. After the dive bomber Junkers Ju-87, the "Stuka", which was particularly important from a psychological point of view, and the Messerschmitt Bf-110, the He-111 was already the third standard model of the Luftwaffe to fall short of expectations. Constructions that were at least temporarily technically superior to the types of the German opponents, above all the Focke-Wulf Fw-190, were only added during the course of the war.

The He-111 was still produced in the two large Heinkel factories and by several contract manufacturers until autumn 1944, a total of more than 7500 units. In the first half of the war and on the Eastern Front afterwards, this aircraft remained the most important German bomber - also because the Ju-88, which was built almost twice as often, was not only used as a bomber, but also in large numbers as a night fighter.

At the beginning of the Second World War, the Luftwaffe did not have a four-engine strategic bomber. Although there had been a corresponding development order, the "Ural bomber", the Dornier Do-19 and the Junkers Ju-89 had only been built as prototypes. The reason was not some strategic military consideration, but one of Hitler's nonsensical expectations: the Luftwaffe's strategic bomber should also have dive combat capabilities.

Ernst Heinkel and his engineers got to work on the development, but the result, the He-177, caused problems from the start. It had four engines, but they only drove two propellers - this design never worked convincingly. In addition, the fuselage had to be designed much stronger than for a normal airplane due to the extreme loads during a dive.

Despite all its problems, the He-177 went into production. Since the two Heinkel plants were still largely working at full capacity with the construction of the He-111, three quarters of the He-177s built were built near Arado in Brandenburg an der Havel. Incidentally, the larger successor was also based on the now typical Heinkel nose of the He-111.

After the defeat in 1945, both Heinkel airframes (or what was left of them after massive bombing) were dismantled by the Soviets. Since he had actually been expropriated in 1943, he presented himself as an opponent of the Nazis. In the second instance of the denazification proceedings, he managed to be recognized as "exonerated".

This gave the now 62-year-old the opportunity to work again at a new location in Stuttgart. At first he had motor scooters and small cars produced, but he also prepared to return to aircraft construction. However, he did not live to see this, but died in early 1958. The newly founded Ernst Heinkel-Flugzeugbau was merged into the Vereinigte Flugtechnische Werke conglomerate in 1964, which became part of the MBB group in 1981, which is now part of the Airbus group via several intermediate stations.