His children had to watch their father's beheading

One of the central theological points of contention between Christians and Muslims is the development of monotheism. 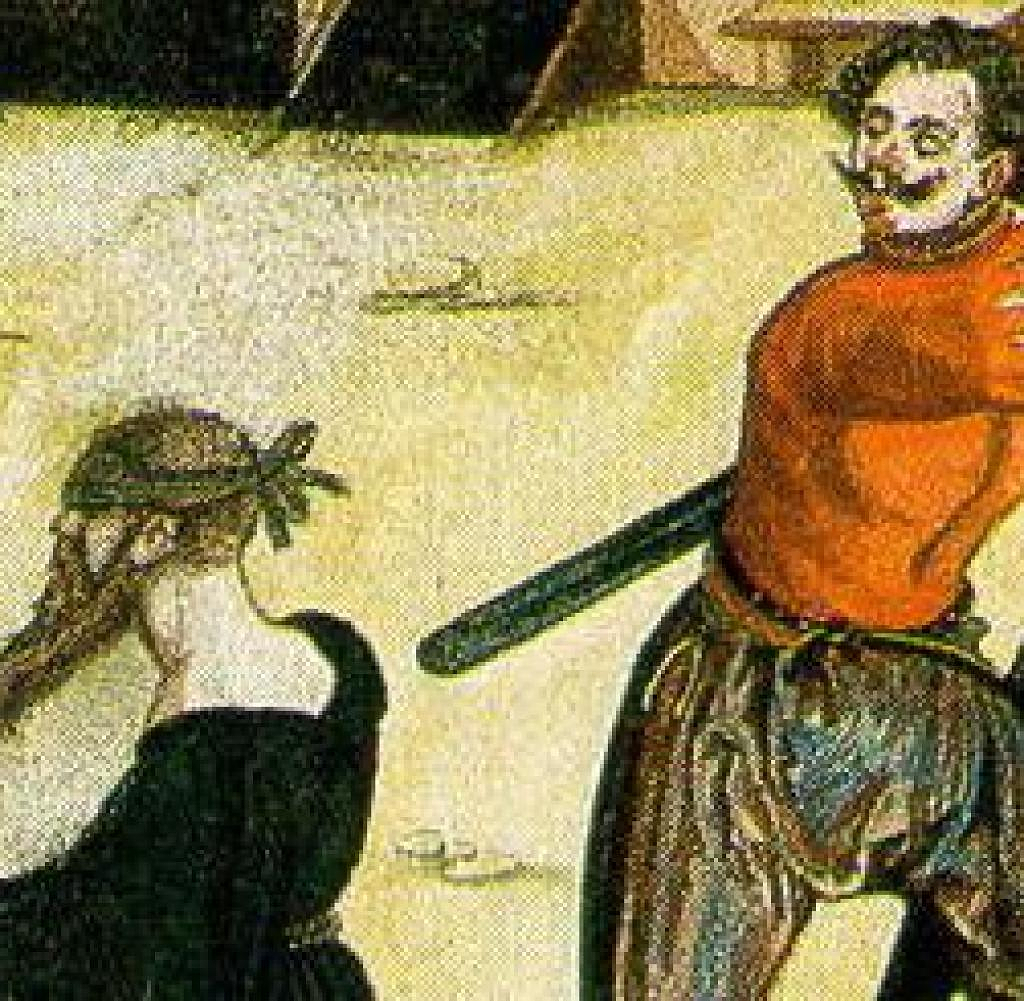 One of the central theological points of contention between Christians and Muslims is the development of monotheism. While the followers of Mohammed only recognize Allah as a divine being, the followers of Jesus believe in the Trinity of Father, Son and Holy Spirit. The fact that this not so simple construction came about had a lot to do with politics.

Under the reign of Emperor Constantine I (306-337), the presbyter Arius from Alexandria declared that Jesus, as God's creature, could at best be of a similar nature to God, but not of the same nature; in Greek this difference meant only one iota: "homoiousios" instead of "homoousios". This Arian Christology, to which most of the Germanic peoples adhered at the time, was condemned as heresy at the Ecumenical Council of Nicaea in 325 - mainly because Constantine saw the danger in Arius' teaching that it would destroy the unity of Christianity and thus of the Roman Empire could blow up. True religion, the famous church assembly concluded, was also a highly political matter.

More than 1300 years later, a certain Johannes Sylvanus also had to experience this. Like Arius, he had had a meteoric career as a theologian in the Church. Probably born in Tyrol - the date is unknown - he preached in the service of the bishop in the Catholic Würzburg from 1555 at the latest. In 1559 he fled to Tübingen and joined the Lutherans.

After a station in Calw, the Palatinate Elector took him into his service, made him superintendent of Kaiserslautern and gave him a parish in Ladenburg. From there, Frederick III, known as "the Pious", was happy to have him come to Heidelberg to exchange ideas with what Sylvanus was known as "the most educated pastor in the Palatinate church".

It was all about theology. Frederick III was one of the imperial princes who campaigned vehemently for the Reformation. However, he became increasingly enthusiastic about their Calvinistic form and moved away from moderate Lutheranism. The "Heidelberg Catechism" was prepared on his behalf in 1562, which was submitted to the superintendent of his principality for final editing in January 1563 and appeared with a foreword signed by him. This "catechism" soon became the authoritative church order in Reformed territories in the Holy Roman Empire.

Sylvanus will have followed this path, but didn't stop there. Together with the Heidelberg theologian Adam Neuser and the deacon Matthias Vehe from Kaiserslautern, he began to question the dogma of the Trinity. From this he developed in 1570 the "True Christian confession of the ancient faith of the one true God and Messiah of Jesus of the true Christians, against the three-personal idol, and the two-natural idols of the anti-Christ". However, no copy of this text has survived.

With this theological explosive in their luggage, Sylvanus and his comrades-in-arms appeared in Speyer in 1570, where Emperor Maximilian II was holding an imperial diet. The trio officially declared that they wanted to see the elephant brought by the Emperor. Secretly, however, they established contacts with envoys from Transylvania, whose church was known to be anti-Trinitarian. In order to prepare for the flight to the principality under Ottoman suzerainty, Sylvanus handed over documents to the diplomats in which he explained his teaching.

Her title was often greater than her power. But for centuries, the emperors represented the Holy Roman Empire of German Nations. Almost all were Habsburgs.

Of course, what was supposed to remain a secret became public while still in Speyer. Emperor Maximilian II rejected the offer of alliance from Transylvania with reference to the anti-Trinitarian line of the local church. An envoy then pulled out Sylvanus' letter and pointed out that even in the empire, the doctrine of the Trinity was rejected by renowned theologians.

The elector became active immediately. Sylvanus and Vehe were arrested on the way home. Neuser, who initially fled, surrendered but was eventually able to escape to Istanbul, where he is said to have converted to Islam. His comrades-in-arms, on the other hand, were forced to recant under torture. Sylvanus, who was not wrongly identified as the head of the group, was sentenced to death and beheaded in Heidelberg's market square at the end of December 1572. His children were forced to witness their father's death.

For a long time people were content to see Sylvanus as a man "of little firm character and without any deeper moral seriousness", as the church historian Paul Tschackert described it. Just a few years ago, the theologian Tobias Weimer presented a more plausible explanation for the elector's crackdown.

After that, Friedrich III. as a champion of Calvinism under considerable political pressure. The Reformed were specifically excluded from the Augsburg Religious Peace of 1555. As a result, the Palatinate was targeted by Lutherans at the Reichstag in Augsburg in 1566. It was only thanks to the intervention of other imperial princes that the emperor refrained from taking far-reaching measures.

But his co-religionists also caused trouble for the elector, as they split into two deeply hostile groups. While the "disciplinists", shaped by the Genevan Johannes Calvin (1509 to 1564), wanted to put church discipline, i.e. order and keeping the community clean, completely in their hands, the "anti-disciplinists", headed by the Zurich reformer Huldrych Zwingli ( 1484 to 1531) had given the secular government a decisive role.

The elector leaned towards the “disciplinists” and found zealous supporters in theologians close to the court. Since Sylvanus and his group belonged to the "anti-disciplinarians", Frederick's tough attitude could well have been provoked by rivals who advocated the ecclesiastical disciplinary powers. According to Tobias Weimer, both the theological sympathies of the elector and the consideration of the political position in the empire could have contributed to the judgment about Johannes Sylvanus.

‹ ›
Keywords:
ReformationReformierte KircheKirchengeschichteTexttospeechJohannes SylvanusFacebookFriedrich IIIJohann SylvanusKaiserslauternSiebenbürgenHeidelbergHeilige Römische ReichTübingenSpeyerMuslimeKarriere
Your comment has been forwarded to the administrator for approval.×
Warning! Will constitute a criminal offense, illegal, threatening, offensive, insulting and swearing, derogatory, defamatory, vulgar, pornographic, indecent, personality rights, damaging or similar nature in the nature of all kinds of financial content, legal, criminal and administrative responsibility for the content of the sender member / members are belong.
Related News