Hijate students can be picked up by taxis.

Despite not receiving any official communication from either the Territorial Delegation of Education and Sports of Granada or the concessionary company of school transport service, it appears that students from Hijate who are attending one of the Baza institutions will have their commute time reduced starting October 18. 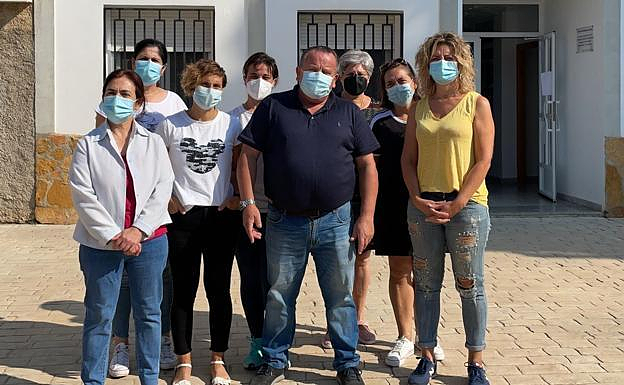 Despite not receiving any official communication from either the Territorial Delegation of Education and Sports of Granada or the concessionary company of school transport service, it appears that students from Hijate who are attending one of the Baza institutions will have their commute time reduced starting October 18. According to IDEAL Purificacion Gil newspaper, the mother of one of the students affected has confirmed this. Their parents publicly denied that their 14 children had to wake up at 06:30 each day to reach the Baza institutes (Pedro Jimenez Montoya, Jose de Mora) before 8.15. They were forced to travel for one hour and a half to get to the transport service and then return to their homes at 4:00 p.m., without eating.

The normal travel time by bus was approximately 45 minutes. However, this year, Rejano's students joined them and the bus company decided to do everything with one bus. This means that after the children from Hijate get on the bus heading towards Caniles, and drop off the Primary ones and then pick up the rest, the secondary ones, they must turn off to Rejano. They will be traveling along a single-lane road and only 40 km per hour. The route is extended 16 kilometers, which means that they travel more each day. It is not confirmed and all information is based on the statements of the bus drivers to the children. However, everything will be back to normal on October 18.

‹ ›
Keywords:
TaxiRecogerEstudiantesRejanoSolucionMejorarTransporteHijate
Your comment has been forwarded to the administrator for approval.×
Warning! Will constitute a criminal offense, illegal, threatening, offensive, insulting and swearing, derogatory, defamatory, vulgar, pornographic, indecent, personality rights, damaging or similar nature in the nature of all kinds of financial content, legal, criminal and administrative responsibility for the content of the sender member / members are belong.
Related News