She is the boss of more than 6,400 employees and thus manager of one of the largest companies in which the city of Hamburg has a stake. 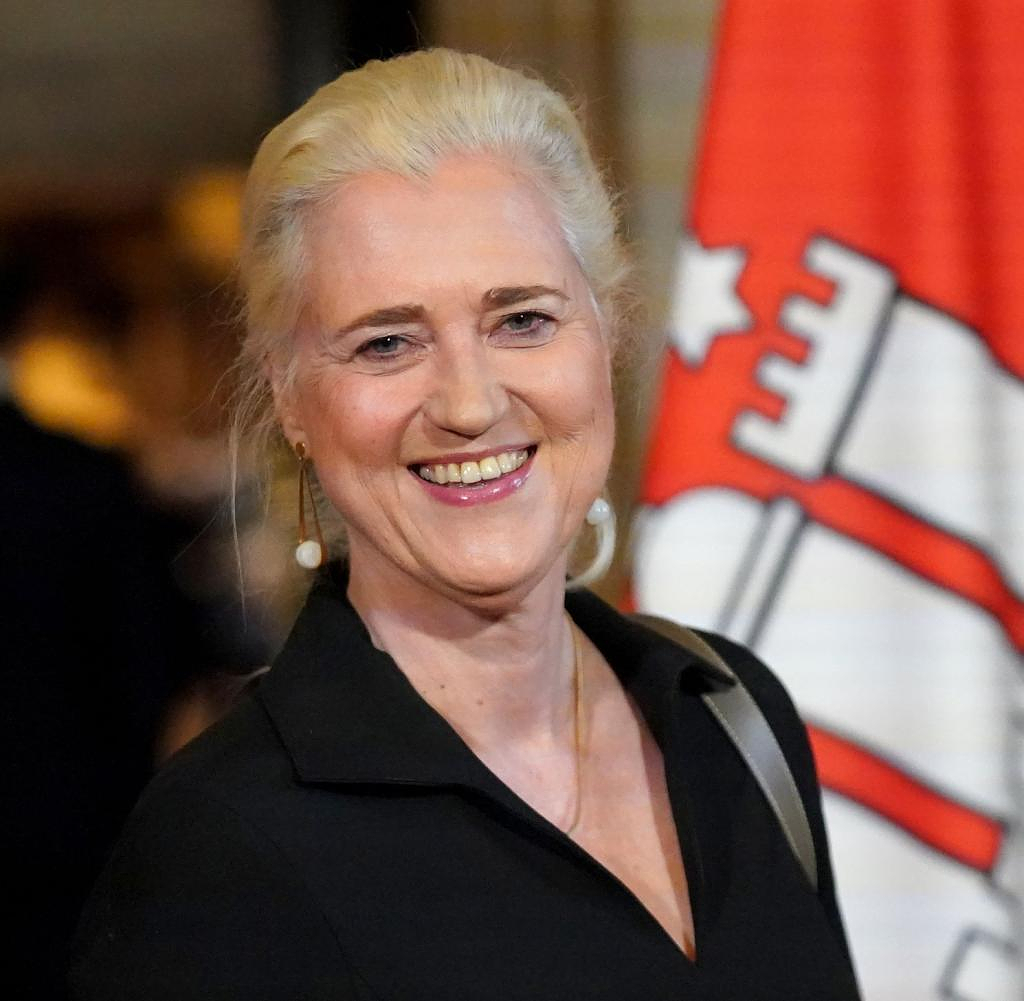 She is the boss of more than 6,400 employees and thus manager of one of the largest companies in which the city of Hamburg has a stake. In 2021, the CEO of Hamburger Hafenlogistik AG HHLA earned more than one million euros for this. Fixed and variable remuneration of EUR 495,000 each, as well as non-cash benefits of EUR 13,700.

She was by far the best-earning boss in the ranks of 117 companies listed by the tax authorities in their remuneration report published on Tuesday.

Titzrath is followed in the ranking by her board colleagues, each with more than 700,000 euros in remuneration for 2021. Only then do the board members and managing directors of other companies follow, such as UKE manager Burkhard Göke, whose work for the Hamburg-Eppendorf University Hospital is remunerated with 567,629 euros became. Airport boss Michael Eggenschwiler is next with a salary of 502,396 euros, followed by Hochbahn board member Henrik Falk (411,743 euros).

The head of the Hamburg Port Authority Jens Meier (370,669 euros), Saga board member Thomas Krebs (343,134 euros) and Jürgen Bruns-Berentelg, CEO of HafenCity GmbH, were also among the absolute top earners of urban and peri-urban companies in 2021 (341,048 euros).

While HHLA boss Titzrath earned more than ten times as much as an average HHLA employee, the ratio in the smallest companies falls below the ratio of 1 to 1.3. Overall for 2021, this ratio was 1 to 3.81. The number is an important indicator for the Senate, explained Finance Senator Andreas Dressel (SPD). Because it is very much in the interest of the state government that the spread of income between the "chiefs and Indians" does not grow immeasurably. With the value of 2021, the spread has narrowed somewhat, said Dressel. In 2020, however, the average income of normal employees was often determined by short-time work benefits.

Dressel explained that there was room for improvement in the gender distribution in the executive boards, where the proportion of women was 22 percent despite increases in recent years. In addition to HHLA boss Titzrath, only 17 other top positions in companies in which Hamburg can influence this are held by women.

The remuneration report is part of the reporting on the municipal holdings. The Senate made public how these developed in 2021 in the participation report that was also passed on Tuesday. It provides an overview of the 116 most important of more than 350 legally independent companies in which the city has a direct or indirect stake.

The good news from Finance Senator Dressel's point of view: Hamburg's public companies have grown. Accordingly, the investments of these companies rose by a good 12 percent to the record of 2.08 billion euros in the past year compared to the previous year. The number of employees increased by 2.5 percent to 73,971.

Finance Senator Dressel said the main areas of investment are climate neutrality, the heat transition, mobility transition and digital transformation. Broken down by sector, supply and disposal companies accounted for the majority of investments with more than EUR 691 million, followed by transport (EUR 322 million), residential and urban development (EUR 320 million) and the port (EUR 304 million).

"During the pandemic, our companies - also with the support of the Senate - showed strength and continued to reliably provide their important services for the people of Hamburg," said Dressel. A significantly higher investment level is planned for the medium term. However, the resulting depreciation would in future also put a significant strain on companies' annual results and thus on the budget.

According to the report, the equity of the companies increased slightly to 13.17 billion euros in 2021. This was offset by liabilities of 18.02 billion euros - an increase of 4.8 percent over the previous year.

‹ ›
Keywords:
MichaelTexttospeechKarriereWittegenanntVedderJuliaDresselAndreasHHLAAngelaEggenschwilerAngela TitzrathTitzrathMeierJens (Logistikmanager)VergütungenHafenCity GmbHVergütungsbericht
Your comment has been forwarded to the administrator for approval.×
Warning! Will constitute a criminal offense, illegal, threatening, offensive, insulting and swearing, derogatory, defamatory, vulgar, pornographic, indecent, personality rights, damaging or similar nature in the nature of all kinds of financial content, legal, criminal and administrative responsibility for the content of the sender member / members are belong.
Related News