Heidi Klum turns into a worm for Halloween 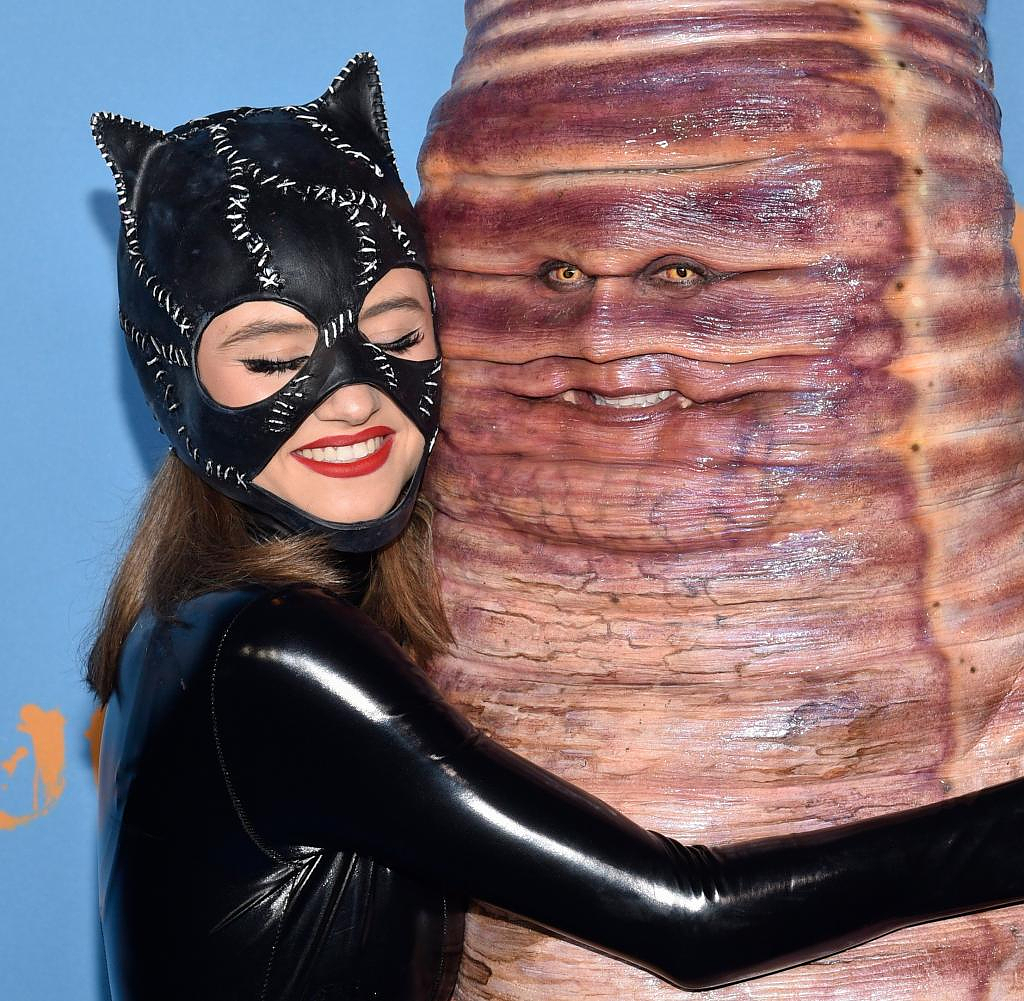 Disguised as a giant worm, horror fan Heidi Klum let her lover Tom Kaulitz hook her on Halloween. The model arrived Monday night at her Halloween party in New York on a fishing line. First standing, then wriggling on the floor, Klum was photographed as a creepy fisherman in a fleshy full-body costume together with "Tokio Hotel" guitarist Kaulitz (33).

Then the 49-year-old tripped to her own celebration. Only small slits for the eyes and mouth were free under the reddish-shiny ringed "skin" layers.

Klum's always spectacular and mostly extremely elaborate costumes for the creepy night are eagerly awaited every year. With the fleshy worm appearance, the native Rhinelander clearly consolidated her reputation as the "Queen of Halloween" in her adopted US homeland.

Numerous celebrities usually come together for their horror festival, but the parties in 2020 and 2021 were canceled due to the corona pandemic. Alternatively, Klum released a horror film with her family last year, in which she appeared as a bloodthirsty undead.

This year, fans of the Halloween Queen had to wait a particularly long time before the result could be seen. Klum shared several videos and pictures on her Instagram account about the preparations and the creation of the extremely elaborate costume, fueling speculation.

The start was made by a particularly revealing photo of the model with the comment: "Halloween preparation first step !!", which several stars and also brother-in-law and "Tokio Hotel" frontman Bill Kaulitz gave a like. You could also see numerous make-up tubes and brushes as well as Klum with creepy made-up eyes and a cape printed with pumpkins and a kind of matching bathing cap.

The progress of Kaulitz' masquerade with an artificial eye hanging eerily from his face was also documented on Instagram.

Klum has been known for her unusual costumes for many years, in which she is often hardly recognizable – sometimes with body painting. The model has already surprised fans and party guests as a werewolf, alien or significantly aged version of herself. In 2018, Klum and her now husband walked the red carpet as the ogre couple Shrek and Fiona.

‹ ›
Keywords:
NewsteamKlumHeidiKaulitzTomHalloweenTexttospeechHeidi KlumTom KaulitzNew YorkTokioGruselfan Heidi KlumNew York CityModeHalloweenPartyGanzkörperkostüm
Your comment has been forwarded to the administrator for approval.×
Warning! Will constitute a criminal offense, illegal, threatening, offensive, insulting and swearing, derogatory, defamatory, vulgar, pornographic, indecent, personality rights, damaging or similar nature in the nature of all kinds of financial content, legal, criminal and administrative responsibility for the content of the sender member / members are belong.
Related News