Heating failed? This is how you bridge until the craftsman comes

If the heating fails in the apartment, this is often an emergency - help from a specialist is urgently needed. 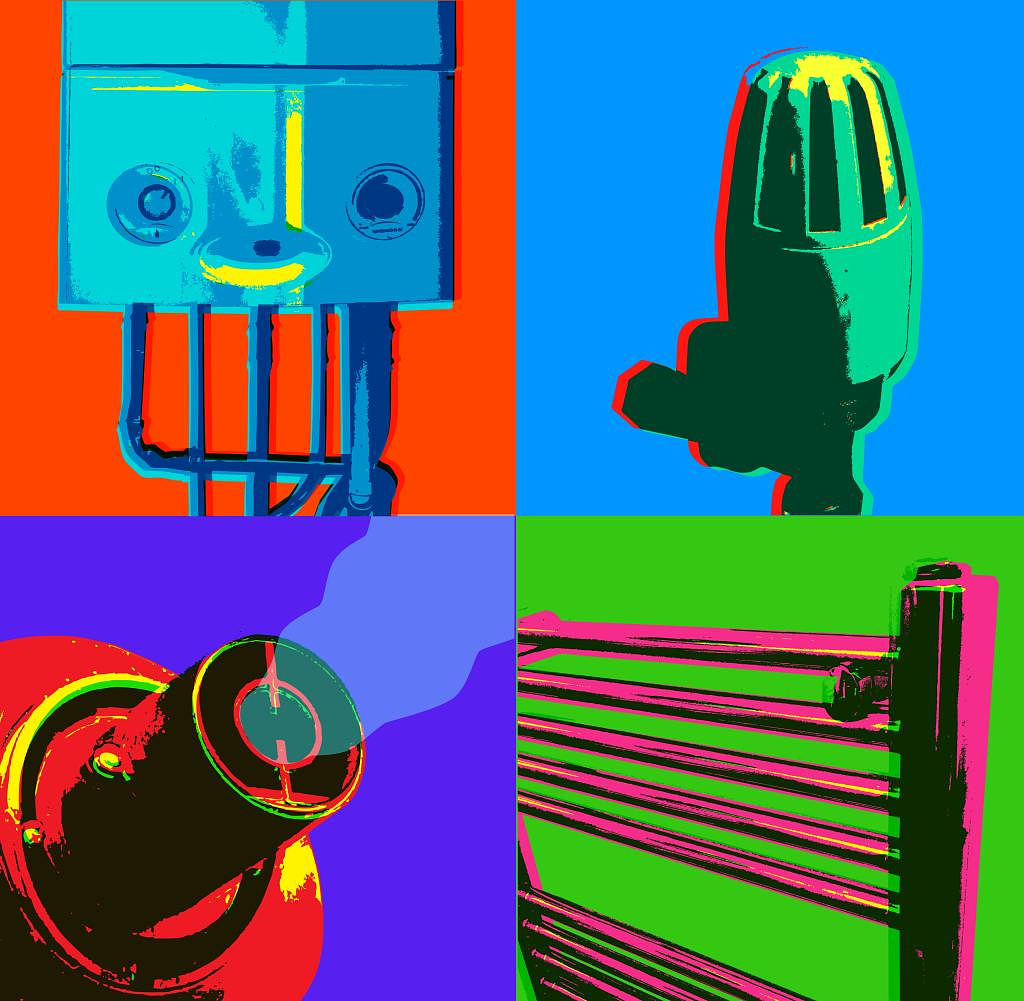 If the heating fails in the apartment, this is often an emergency - help from a specialist is urgently needed. However, it can happen that the craftsman cannot come within a few hours, but only after a few days.

But that's no reason to panic: With these tips, you can easily bridge a certain time.

If the temperature in the apartment is still comfortable at the time of the accident, you should keep it as long as possible. So the number one tip is: delay cooling down by sealing windows and doors to avoid draughts.

But be careful: "In the case of gas appliances that are operated dependent on room air, the ventilation openings must not be closed," warns Andreas Braun from the Central Association for Sanitary, Heating and Air Conditioning. "There is a risk of fatal injury when operating without sufficient combustion air."

"How quickly the temperature drops without heating depends heavily on the condition of the building," says Mark Steiger from the GIH Baden-Württemberg, a trade association for energy consultants.

"In a well-insulated new building, higher room temperatures can last for a day or two. But in an unrenovated old building, where a lot of heat escapes through poorly insulated walls, they drop drastically within a few hours.”

Outside temperatures, solar radiation and, above all, the wind also have a major impact on how quickly the apartment cools down. According to Andreas Braun, the temperature drop is particularly rapid when the room temperature is relatively high at the beginning, around 22 degrees.

“You can be at 18 degrees Celsius within a few hours. After that it goes more and more slowly because the room temperature approaches the outside temperature.”

If there are moderate plus temperatures outside, it usually stays around 15 degrees warm in the apartment for several days. However, when the temperature outside is below zero, the room temperatures drop faster and stronger.

Despite the sealing of the apartment, you should not go without airing it for a long time. On the contrary. "Otherwise you're constantly breathing in air that's getting more and more humid," says Andreas Braun.

Ventilation removes both moisture and CO₂ from the breathing air. "Five minutes of forced airing doesn't hurt. The fresh, cold air quickly heats up again to the temperature that the masonry still has.”

The more people are in a room, the warmer it gets. Because humans give off body heat to the environment. It is therefore best for residents to stay in just one or two rooms instead of each retiring to their own room.

And if it does get particularly cold, Robert Schmitt from the German Medical Disaster Relief Organization has a tip: set up a tent in the shared room, and put sleeping bags and blankets inside. "When the whole family snuggles up in there, it quickly gets warm."

To increase the room temperature, an electric heater is suitable as an emergency heater. But: "It has to run for a longer period of time in order to have an effect," says Mark Steiger.

Candles also have a certain warming effect, but they also produce soot, which is not good for the air in the room. They also pose a fire hazard.

Andreas Braun makes it clear here: "Actually, candles tend to help the mood." He expressly warns against the use of charcoal or gas grills and camping stoves indoors. "This is life-threatening."

In order to stay as warm as possible, sweaters, thick blankets, warm socks and a hat will of course help. "Grandma's trick of going to bed with a hot-water bottle also works wonderfully," says Andreas Braun.

If the heating fails in a rented apartment, tenants must inform their landlord immediately. “He is obliged to ensure sufficient heating. If this does not happen, there is a defect in the rented property and the tenant can reduce the rent," explains Jutta Hartmann from the German Tenants' Association.

Even if the landlord cannot do anything about the failure of the heating and immediately tries to hire tradesmen, he has to accept that tenants pay less rent during the time the heating fails.

If the heating stays cold for a long time because the landlord does nothing or is unable to have it repaired, tenants may even be entitled to compensation.

"That means you can hire a craftsman yourself or buy a fan heater and then charge the landlord for the costs," says Jutta Hartmann.

‹ ›
Keywords:
HeizungEnergiekrisenHeizkostenHandwerkerMietminderungTexttospeechAndreas BraunKatja FischerApple PodcastAmazon MusicJutta HartmannImmobilien
Your comment has been forwarded to the administrator for approval.×
Warning! Will constitute a criminal offense, illegal, threatening, offensive, insulting and swearing, derogatory, defamatory, vulgar, pornographic, indecent, personality rights, damaging or similar nature in the nature of all kinds of financial content, legal, criminal and administrative responsibility for the content of the sender member / members are belong.
Related News