Heat pump in old building? When is the conversion really worth it?

Heat pumps are experiencing a boom. 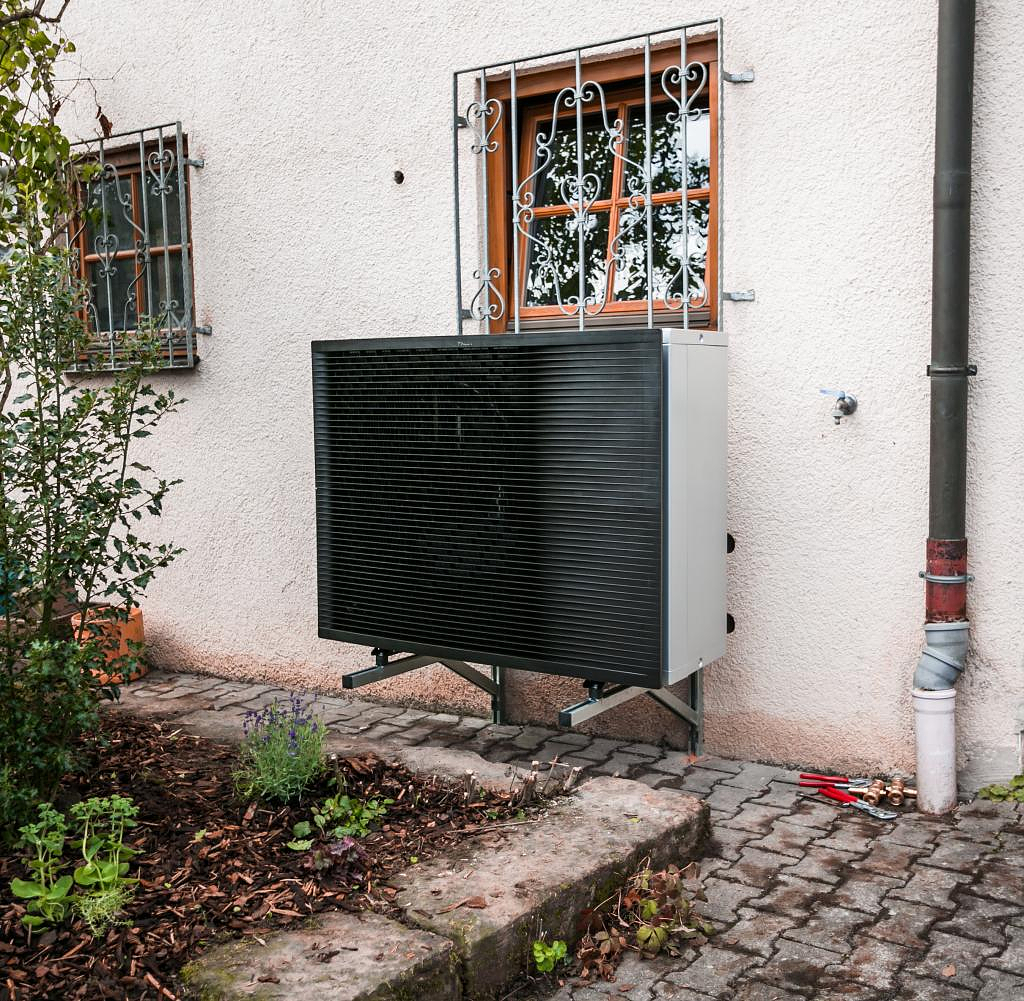 Heat pumps are experiencing a boom. They are advertised as an environmentally friendly alternative to oil and gas heating and are subsidized with state subsidies. Many homeowners therefore want to switch to this technology as quickly as possible.

But blind activism can be costly if a heat pump is not correctly dimensioned or the basic conditions in the building are not right.

Heat pumps draw their energy from the environment - from the air, the ground and the groundwater. Therefore, a distinction is also made between air-to-water, water-to-water and brine-to-water heat pumps.

The heat is obtained through pipes in which water with antifreeze circulates, or through fans that suck in the air. In the heat pump, they encounter a refrigerant that evaporates at a low temperature.

In a compressor, the vapor is compressed and thus very warm. In the third step, this heat is transferred to the heating circuit. A heat distribution and storage system temporarily stores the energy or distributes it directly in the house.

The heat pump obtains a large part of its energy free of charge from the environment, according to the Federal Association of Heat Pumps it is around three quarters. However, a proportion of electricity is required – to operate the pump.

Since heat pumps play a key role in the energy transition due to their good use of regenerative energies, they are relatively well funded - which can buffer the quite high costs of around 15,000 to 35,000 euros plus possible costs for conversions in the house or drilling in the ground.

Anyone who installs a heat pump in an existing building receives a basic subsidy of 25 percent of the costs from the state. She helps with the purchase, installation, planning and disposal of the old system as well as other work such as replacing radiators. The proportion rises to 35 percent if an oil or night storage heating system or a gas heating system that is still functional and has been in operation for more than 20 years is replaced.

You get another five percent if the heat sources draw their energy from the ground, water or waste water. A maximum of 40 percent funding is therefore possible for an existing building - with a cap of 60,000 euros per residential unit (as of August 15, 2022).

There may also be regional funding pots. The Federal Heat Pump Association offers a subsidy calculator online, and Co2online also has a subsidy check.

"A heat pump that runs efficiently generates as much heat as possible with as little electricity as possible," says Stefan Materne from the energy advice team at the consumer center.

And this is exactly where the problem of many existing buildings lies: according to the energy expert, optimal performance is not always achieved in practice. Because the heat pump is too big or too small. Or because the house is not suitable for this technology at all.

"In new builds, heat pump heating systems already have a share of over 50 percent," says Stefan Materne. With good reason: These energy-efficient new buildings require the least amount of energy for heating when the system temperatures are low.

Heat pumps can also be used in existing buildings - especially if the buildings are well insulated and if the models are suitable for the building. "The decisive factor is the flow temperature of the heating system," says Martin Sabel, Managing Director of the German Heat Pump Association.

The flow temperature is the temperature that the water in the heating system has when it flows into the pipes and radiators - regardless of the settings that we make on the radiator, for example. "The lower it is, the more efficiently the heat pump works and the less electricity is consumed."

Or to put it another way: A heat pump in a non-refurbished house with a high heat requirement often leads to high energy costs. A study by the Institute for Building Research commissioned by the Builder Protection Association has shown that this is one of the most common mistakes made when installing and operating heat pumps.

But even with higher flow temperatures of 55 degrees are sufficient in most existing buildings, according to the heat pump expert. "But modern heat pumps can also cope with a flow temperature of 70 degrees for short periods on very cold days."

This means that it is also possible to switch to a heat pump in an old building, but there may be additional installations and associated costs - such as replacing radiators or insulating the walls and ceilings.

Professionals say that a building is "low-temperature-capable" or in new German "low-temperature-ready", explains Hans-Joachim Riechers from the Association for Insulation Systems, Plaster and Mortar. This is the case when the flow temperature does not have to be higher than 55 degrees on the coldest day of the year. On all other days, it must even be significantly lower.

Craftsmen and engineers calculate whether their own house is ready. Stefan Materne recommends having the heat load calculated before installing the heat pump. "Then the heat pump can be precisely dimensioned and work optimally."

The indicator for the efficiency of a heat pump is the annual performance factor. "If it is between three and four, the system is working efficiently and therefore also economically," explains Martin Sabel from the German Heat Pump Association.

An annual performance factor of three means that the use of one part electricity leads to three parts heat. Users can usually read the value in the menu of their device. The higher the annual work number, the better.

Some heat pumps get on the nerves of the neighbors in a densely built-up area - and also of their own owners, if they are installed in front of the bedroom window, for example.

"Air-to-water heat pumps in particular, which draw their energy from the air, generate noise in the fan," says Martin Sabel. "Even if heat pumps are very quiet, it is therefore important to install the system professionally and to maintain the necessary distances from the neighbors." The online noise calculator from the German Heat Pump Association helps to assess models and suitable locations.

Incidentally, annoyed neighbors may be able to enforce a dismantling of an air heat pump. For example, if the usual distance regulations to the neighboring property have not been observed. The builders' protection association points out that this distance is three meters according to the model building code, there may be local deviations.

This shortfall is also a common mistake when installing and operating heat pumps, according to the study by the Institute for Building Research on behalf of the builders' protection association. A solution in such a case can be a split heat pump, where only the fan unit is outside. The hydraulic station is in the basement.

‹ ›
Keywords:
TexttospeechWärmepumpenHeizungHeizkostenStromsparmaßnahmenImmobilienVorlauftemperaturApple PodcastMartin SabelBundesverband WärmepumpeBundesverbands WärmepumpeAmazon MusicInstitut Für BauforschungSmartphone
Your comment has been forwarded to the administrator for approval.×
Warning! Will constitute a criminal offense, illegal, threatening, offensive, insulting and swearing, derogatory, defamatory, vulgar, pornographic, indecent, personality rights, damaging or similar nature in the nature of all kinds of financial content, legal, criminal and administrative responsibility for the content of the sender member / members are belong.
Related News