Health, education, standard of living: with the Covid, the world has gone back 5 years

For the first time since its creation more than 30 years ago, the Human Development Index, which takes into account life expectancy, education, and standard of living, has fallen two years in a row, in 2020 and 2021, worries the report of the United Nations Development Program (UNDP). 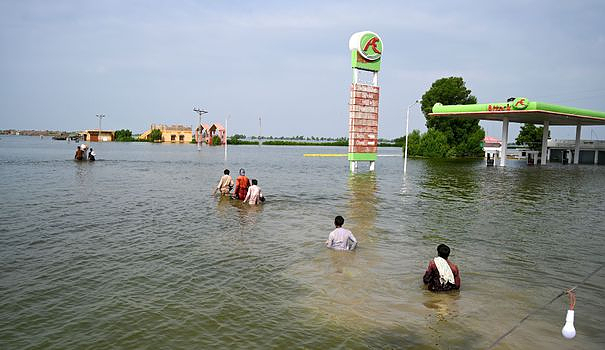 For the first time since its creation more than 30 years ago, the Human Development Index, which takes into account life expectancy, education, and standard of living, has fallen two years in a row, in 2020 and 2021, worries the report of the United Nations Development Program (UNDP).

"It means that we die earlier, that we are less educated and that our incomes drop", lists its boss Achim Steiner during an interview with AFP.

"With these three parameters, you can get an idea of ​​why people are starting to get desperate, frustrated, worried about the future," he insists.

While the index had been rising steadily for decades, in 2021 it returned to its 2016 level, "erasing" years of development. In question in particular, the Covid, but also the climatic disasters which are multiplying, and crises which are superimposed without giving the populations time to catch their breath.

"We have experienced disasters before, we have had conflicts before, but the confluence of what we are facing today is a major setback for the development of humanity", insists the head of UNDP.

This decline is almost universal, affecting more than 90% of the countries of the planet, even if the inequalities between countries are still flagrant. At the top of the list are still Switzerland, Norway and Iceland. And at the very bottom, South Sudan, ahead of Chad and Niger.

And while some countries are beginning to recover from the impacts of the pandemic, many others in Latin America, sub-Saharan Africa, South Asia or the Caribbean have not had time to recover from the downfall. already a new crisis: the war in Ukraine.

With its major impact on food and energy security - not yet taken into account in the index which stops at 2021 - "without a doubt, the outlook for 2022 is bleak", noted Achim Steiner.

The decline in the Human Development Index is largely driven by the drop in life expectancy of more than a year and a half between 2019 and 2021 (71.4 years in 2021 against 73 years in 2019) while a few months are generally gained each year.

“Despite the significant recovery of the economy in 2021, life expectancy continues to decline,” report author Pedro Conceiçao noted at a press conference, calling the decline an “unprecedented shock.”

"In the United States, there has been a two-year drop in life expectancy, in other countries the drop is even greater."

The report also describes a world and a population "disturbed" by these accumulating crises and the resulting "uncertainty".

"People have lost confidence", "our neighbors sometimes become the main threat, whether locally or between nations. And this paralyzes us", estimates Achim Steiner, fearing that all these "frustrations" will lead some to the path of extremes and violence.

So "we can no longer continue with the rules of the game of the last century, focused on economic growth", he pleads. "The transformation we need requires new indicators: low carbon, less inequality, more sustainability...".

The report notably suggests focusing on three areas: investments in particular in renewable energies and preparation for future pandemics, insurance (including social protection) to absorb shocks, and innovations to strengthen capacities to deal with future crises.

UNDP also calls for the recent downward trend in development aid to the most vulnerable countries not to continue.

It would be a "serious mistake", which would reduce "our ability to work together", insists Achim Steiner. While "climate change, poverty, cybercrime, pandemics require us to work together, as an international community".