In Hamburg, several hundred people took part in rallies and demonstrations against the ruling system and the systematic discrimination against women in the Middle Eastern country. 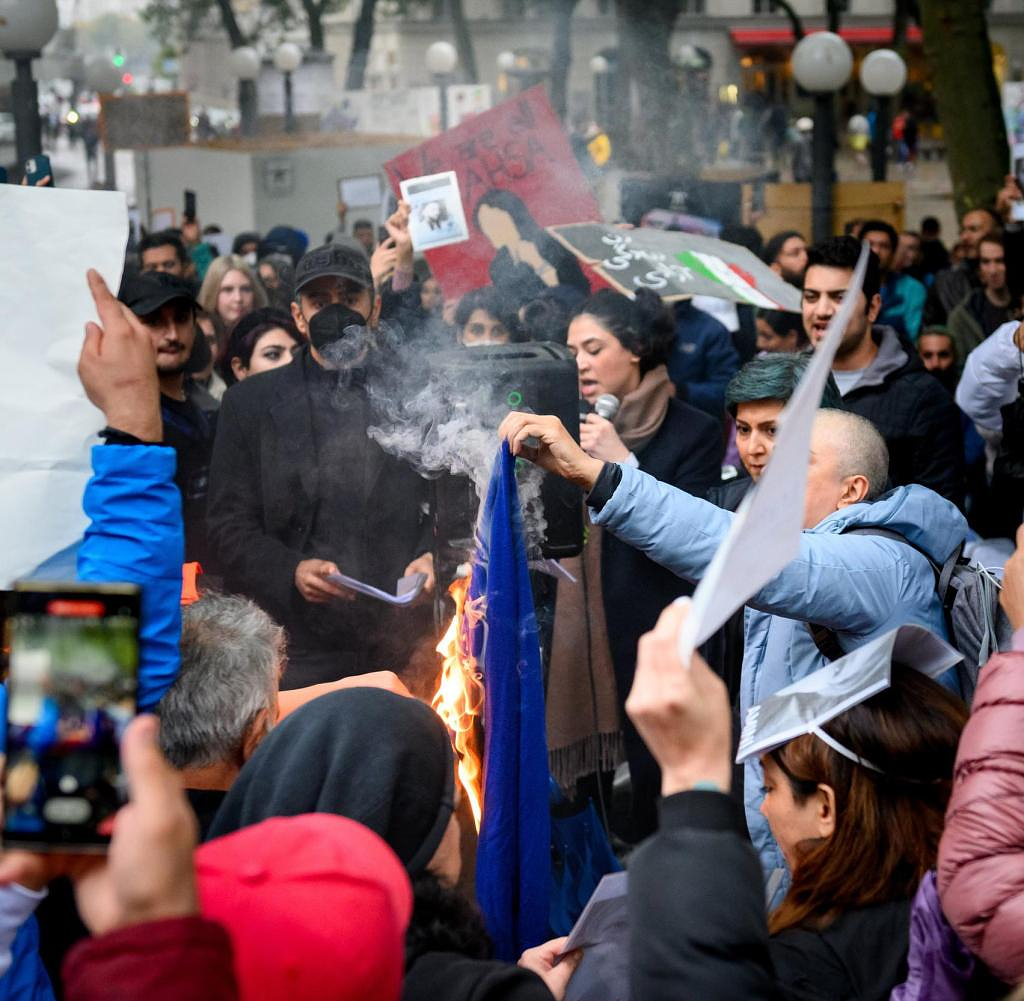 In Hamburg, several hundred people took part in rallies and demonstrations against the ruling system and the systematic discrimination against women in the Middle Eastern country. A police spokesman said that up to 1,000 people demonstrated on the Sternschanze alone in the afternoon. In the evening there was also a larger rally in the city center. A woman symbolically burned a blue headscarf here. Several people cut their hair as a sign of protest. Others carried signs that read, "Woman! Life! Freedom!” and “No 2 Hijab, No 2 islamic republic” or photos of Iranian Mahsa Amini, who died in police custody a week ago.

Around 50 to 80 people gathered in front of the Consulate General in Hamburg in the afternoon on the initiative of the National Council of Resistance of Iran (NWRI) Germany. The people of Iran risked a lot, said an NWRI spokesman for the German Press Agency. You shouldn't be left alone. The federal government should not stand idly by. Among other things, he called for the Iranian ambassador to be summoned to the Foreign Office and sanctions against leading government officials.

Around 50 people also demonstrated in front of the Iranian embassy in Berlin on Saturday against the system of rule and the systematic discrimination against women in the Middle Eastern country. According to the police, the rally in the afternoon in the Dahlem district lasted about two hours and was peaceful. Those gathered showed banners and articulated their displeasure in German and Farsi. There have also been rallies in other cities.

The trigger for the current protests is the death of 22-year-old Amini. She was arrested a week ago by the vice squad for violating the strict Islamic dress code. What exactly happened to Amini after her arrest is unclear. It is known that she initially fell into a coma and died in a hospital on September 16. Critics accuse the morality police of using violence. The police deny the allegations.

There was also another rally in Hamburg on Saturday. After the traditional Schanzenfest in Hamburg, the police broke up an unannounced gathering here. A police spokesman said around 100 people, some of them masked, had gathered in the Schanzenviertel on Sunday night. Some of them would have ignited pyrotechnics and thrown bottles. However, there were no major riots, the elevator had been dissolved. According to initial findings, there were no injuries.

The Schanzenfest is an alternative street festival with flea market and information stands as well as a stage program. On Saturday it took place again for the first time after a five-year break, as the organizers announced. In the past, there had always been riots after the end of the festival.

‹ ›
Keywords:
IranKopftuchStreitMullahsHamburgLauterbachJörnDiskriminierungPolizeiSchanzenviertelMahsa AminiDahlemKrimiHerrschaftssystem
Your comment has been forwarded to the administrator for approval.×
Warning! Will constitute a criminal offense, illegal, threatening, offensive, insulting and swearing, derogatory, defamatory, vulgar, pornographic, indecent, personality rights, damaging or similar nature in the nature of all kinds of financial content, legal, criminal and administrative responsibility for the content of the sender member / members are belong.
Related News