Mini scandal in York: Because of an egg thrown at the British King Charles III. 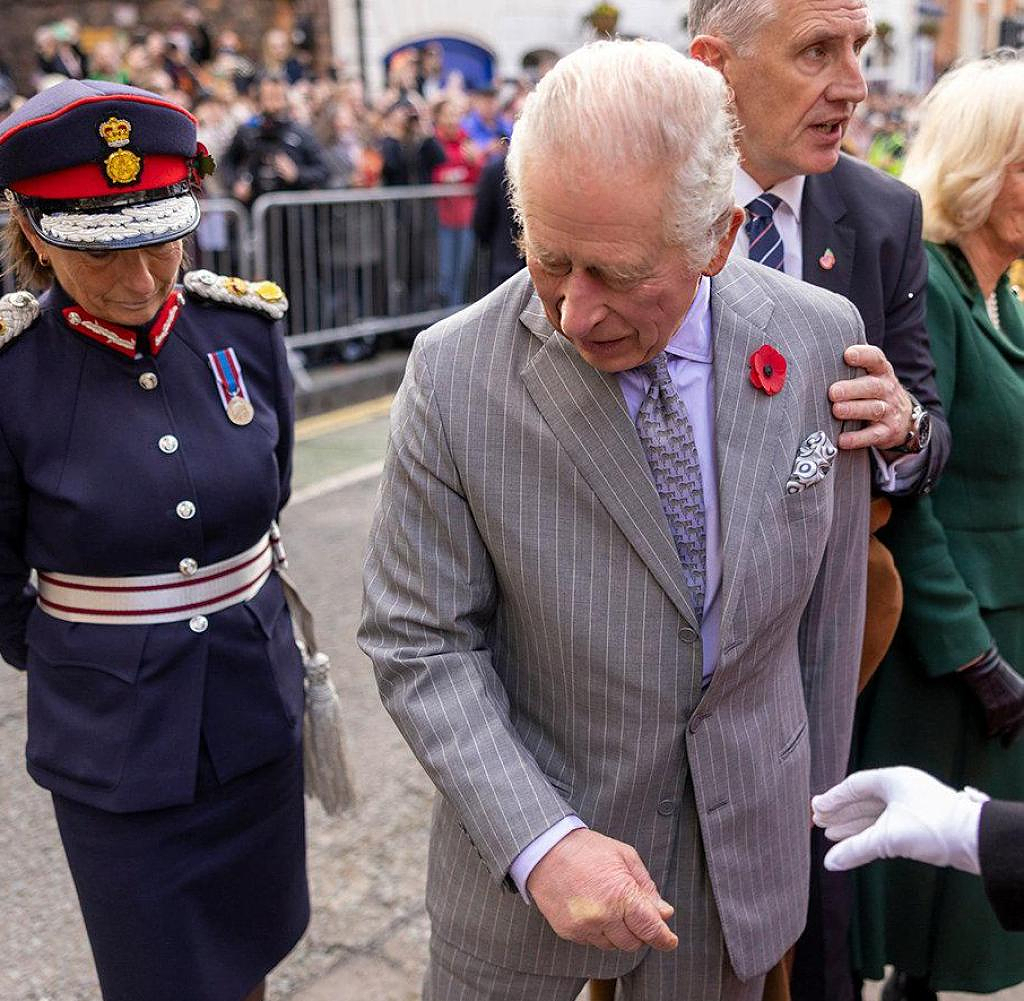 Mini scandal in York: Because of an egg thrown at the British King Charles III. and king consort Camilla a man has been arrested. The British news agency PA reported on Wednesday, and British tabloids such as the "Daily Mail" also report extensively on the incident.

The 73-year-old monarch was seen on TV on a closed-off street in York's old town, with a broken egg lying on the pavement at his feet.

Other recordings show that the king reacts relatively coolly – or does not understand at all what is happening in the incident that lasts a few seconds. However, photos also show Charles surveying the raw eggs bursting on the pavement.

According to the reporter, the man may have acted in protest at the royal family's handling of the country's colonial past. He cried out that the country was built "on the blood of slavery," wrote English.

The arrested person was not visible on the video, but was in some photos in the online edition of the newspaper.

In the photos, which are also distributed by the PA agency, a young man dressed in black sticks his tongue out at the photographer. Meanwhile, a number of monarchy fans showed solidarity with Charles, some allegedly shouting “God Save The King”.

King Charles and Queen Camilla are currently on a two day visit to the northern English county of Yorkshire. On Wednesday morning they strolled through the historic old town of York. Many onlookers had gathered on the streets to take a look at the royal couple.

‹ ›
Keywords:
NewsteamKönig Charles III.TexttospeechKönigsgemahlin CamillaPADaily MailTwitterTerrorismusCharles IIIYorkshireAltstadt Von YorkEierwurf
Your comment has been forwarded to the administrator for approval.×
Warning! Will constitute a criminal offense, illegal, threatening, offensive, insulting and swearing, derogatory, defamatory, vulgar, pornographic, indecent, personality rights, damaging or similar nature in the nature of all kinds of financial content, legal, criminal and administrative responsibility for the content of the sender member / members are belong.
Related News