He murders his wife in Tijola, and then turns himself in at the Vera Local Police

Yesterday, a man shot his wife in Tijola, Almeria, and travelled more than 60 km before turning himself into Vera Local Police officers. 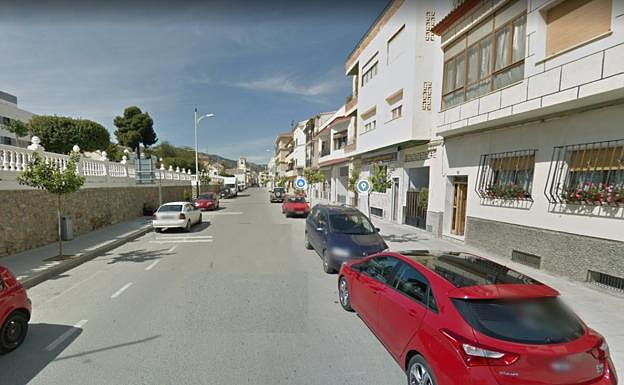 Yesterday, a man shot his wife in Tijola, Almeria, and travelled more than 60 km before turning himself into Vera Local Police officers. They immediately arrested him after hearing his confession and placed him at the disposition of the police. Civil Guard.

It was a well-known family. Jose Juan Martinez, the mayor of the city, stated that there was no police record. The town is shocked. Many neighbors have gathered around the door of the family home in silence, not knowing what they should say. He said that this is the first time they have seen something like it and that they hope it will not be the last.

It happened in the main street of Valle del Almanzora municipality. This small town has just over 3500 inhabitants. Yesterday, the two children of the couple were confronted with the most horrific scenes at 3:30 p.m. His mother's body lay in the family home on Virgen del Socorro Street.

M.C.P. was the victim, who was 50 years old and worked as a public servant for Junta de Andalucia. The mayor summarized, "She was loved by the municipality, an exceptional woman."

The 112 Andalusia Emergency Service received a notification alerting them to the possible loss of a woman at her residence on Calle Carrera Virgen del Socorro de Tijola. It was approximately 4:20 p.m.

The coordinating center immediately notified the Public Company for Health Emergencies EPES-061, the Local Police of Tijola, and the Civil Guard of Almeria who could only confirm that the victim had died.

The alleged perpetrator of this crime surrendered to authorities in Vera, a coastal municipality located more than 60 km from the scene. He confessed.

Police sources say that there have been no complaints about ill-treatment in the past by a well-known couple.

For its part, the Civil Guard confirmed the death and arrested one person. It began through the organic unit Judicial Police an investigation to determine the cause of death. This would have been done the previous night and be able to link the detainee with the crime. It is not known if any mobile was used or how these terrible events took place.

At night, the Government confirmed that the "murder", also known as "machista", is being investigated. This hypothesis, if ratified by the Government, would make it the third of these characteristics currently registered in Andalusia in 2022, and the 16th in Spain.

Pedro Fernandez, the Government delegate in Andalusia reported this. He also stated that "the results of the autopsy are awaited" but that the judicial authority had "taken over this case."

The victim's body has been taken to the Institute of Legal Medicine of Almeria, where it is currently being examined by forensic specialists who will determine the cause of death within the next few hours.

He stated, "I want to stress that all signs point to a fresh case of gender violence. However, the special delegation was transferred to Madrid to determine whether we are finally facing an actual new case."

The Tijola City Council called an urgent and extraordinary plenary session Friday night. It decided to declare three days of mourning in the city, from 9:00 p.m. Monday. It also suspended all public events, and called a rally at the Plaza de Espana municipality at 12:00 noon Saturday. Five minutes of silence will then be observed. Aranzazu Martin (delegate of the Government of the Board), is expected to attend.

‹ ›
Keywords:
MataMujerTijolaEntregaPoliciaVera
Your comment has been forwarded to the administrator for approval.×
Warning! Will constitute a criminal offense, illegal, threatening, offensive, insulting and swearing, derogatory, defamatory, vulgar, pornographic, indecent, personality rights, damaging or similar nature in the nature of all kinds of financial content, legal, criminal and administrative responsibility for the content of the sender member / members are belong.
Related News