"Harry Potter" and the Scottish battle over gender identity

The question of what makes a woman has now also reached "Harry Potter". 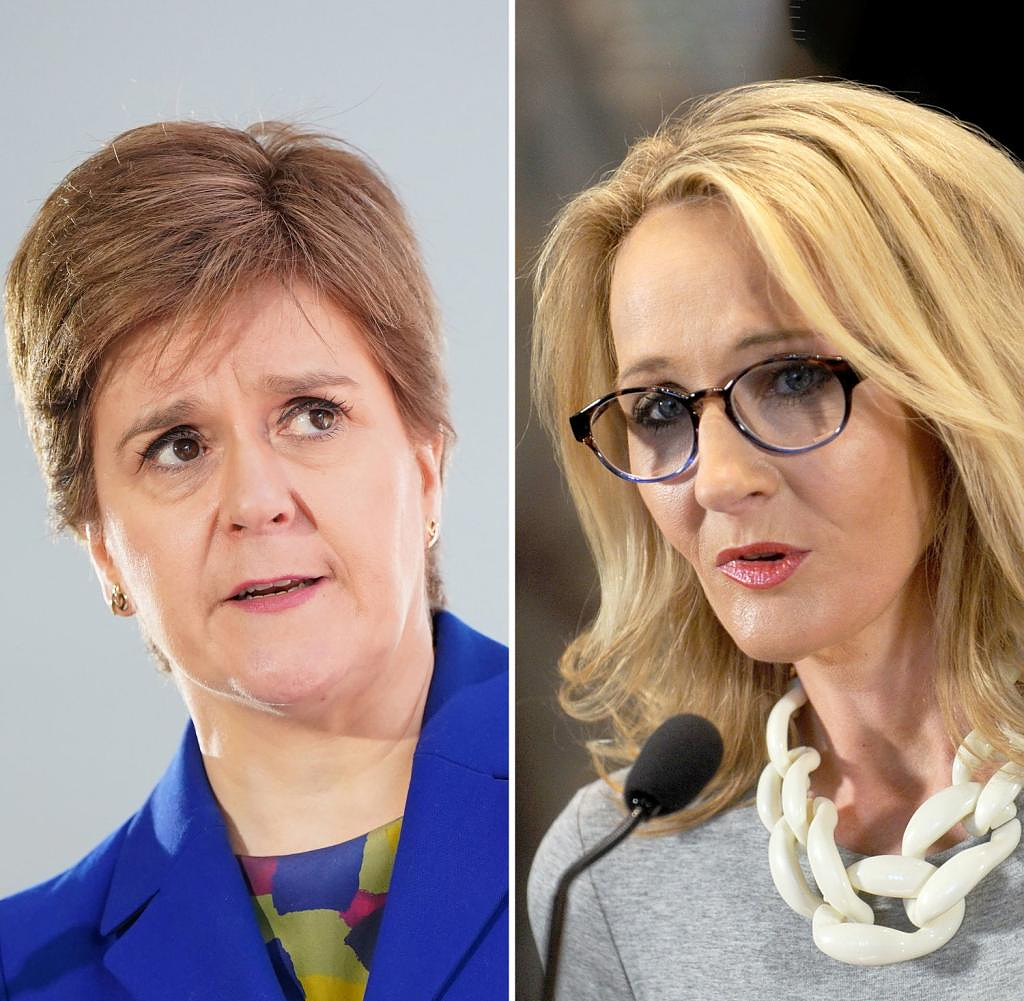 The question of what makes a woman has now also reached "Harry Potter". The successful author Joanne K. Rowling is one of the most prominent critics of a proposed law, with which the Scottish Prime Minister Nicola Sturgeon wants to leave the decision about their own gender to those affected.

Rowling versus Sturgeon - arguably Britain's most prominent residents have become the faces of an emotional struggle. On a T-shirt, the writer criticized the politician as a "destroyer of women's rights" and repeatedly made fun of the debate. For weeks, "Harry Potter" fans and also the actors discussed whether the creator of the sorcerer's apprentice was transphobic. Sturgeon responded that it was about reforming a "degrading and traumatic" process.

Trans people or transgenders are people who do not feel they belong to the gender they were assigned at birth.

For the regional government, the matter is clear. Like the traffic light coalition in Germany, it wants to speed up and simplify the often lengthy and bureaucratic process of gender reassignment in official documents. The most important points: Trans people no longer need a medical report. In addition, the age limit has been reduced from 18 to 16 years.

This is what a draft law provides for, which the members of the Scottish Parliament in Edinburgh discussed for two days. It was a mammoth debate: 153 amendments were tabled.

Because what sounds simple on paper makes waves in the country. The British Sunday newspaper "Observer" identified a poisoned mood. Some are convinced that a person's self-declared gender identity is more important than biological sex. Anyone who identifies as a woman should be able to use places that are only intended for women, such as toilets or changing rooms, without any problems. The Scottish Government expects the number of people officially changing their gender to increase tenfold.

The others consider biological sex to be more important. They warn that self-identification increases the risk for women and girls. Any man can sign a declaration and then have access to rooms where women undress and are vulnerable. Feminists repeatedly point out that shelters for women, such as women's shelters or changing rooms, could be in danger. The UN Special Rapporteur on violence against girls and women, Reem Alsalem, made a similar statement. The newspaper "Scotsman" warned Prime Minister Sturgeon to give the discussion more time and to refrain from enforcement until then.

But Sturgeon wants to go through with the project. Some members of their Scottish National Party (SNP) also reject the law. Minister Ash Regan even resigned from her cabinet post because she didn't want to vote for it. However, not only the Greens, who cooperate with the SNP, have spoken out in favor of the draft, but also MPs from the opposition parties Labor and Liberal Democrats. It was therefore expected that the law would pass.

"If Parliament approves this bill, it will take a significant step forward towards creating a more equal Scotland, where trans people feel valued, included and empowered," said Social Justice Minister Shona Robison. "Trans rights are not in competition with women's rights," she stressed.

Beyond the Scottish border, however, further resistance awaits. The British government's equal opportunities officer, Kemi Badenoch, warned Sturgeon that her plan would create chaos - also because there would be significant differences between Scotland and England. The dispute could therefore end up before the Supreme Court in London.

‹ ›
Keywords:
NewsteamRowlingJoanne K.SturgeonNicolaSchottlandGenderDebatteHarry Potter
Your comment has been forwarded to the administrator for approval.×
Warning! Will constitute a criminal offense, illegal, threatening, offensive, insulting and swearing, derogatory, defamatory, vulgar, pornographic, indecent, personality rights, damaging or similar nature in the nature of all kinds of financial content, legal, criminal and administrative responsibility for the content of the sender member / members are belong.
Related News