Post a Comment Print Share on Facebook
Famagusta
DOLLAR 18,84
EURO 20,20
GOLD 1.135,00
BIST 4.186,01
The state of NRW has to burn millions of masks and van Laack smocks
"That's the only thing I want - drugs"
How Goethe plunged his son into misfortune
"America will soon be in civil war"
Here you can now get funding for the renovation
"It's not just about having sex, it's about much more"
The "Komet" brought Udo Lindenberg his first number 1 hit
Fall and demolition after an abstruse jump to 161.5 meters
"I felt like my heart was being ripped out"
What you should now know about organ donation

Hansi Flick will remain national coach until the EM 2024 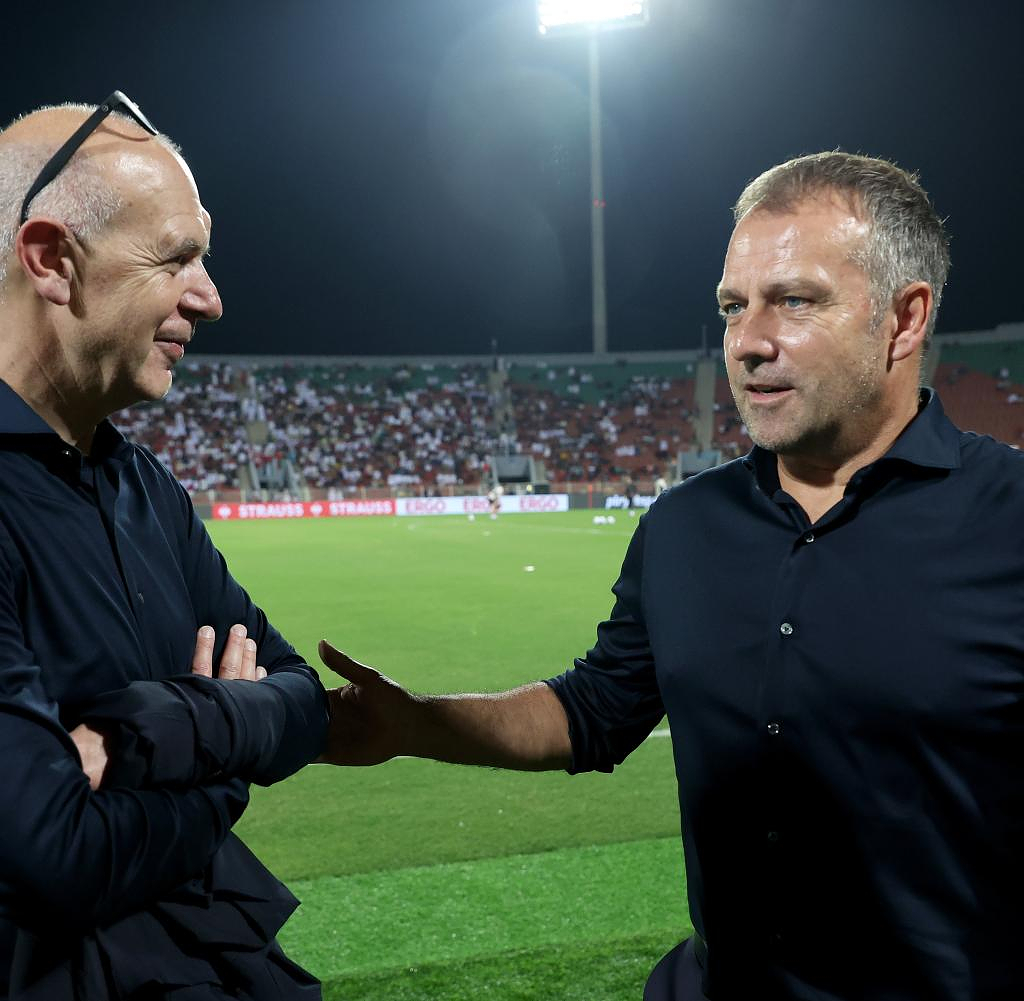 Hansi Flick remains national soccer coach. The 57-year-old is supposed to lead the German national team to the home European Championship in 2024 despite the preliminary round at the World Cup in Qatar. The German Football Association announced this on Wednesday after a crisis meeting near Frankfurt/Main. Flick's contract runs until after the next tournament. National team director Oliver Bierhoff, on the other hand, had previously left sporting management after 18 years with the DFB. Bierhoff's successor has not yet been regulated by the association.

“My coaching team and I are optimistic about the European Championships in our own country. We as a team can do a lot more than we showed in Qatar. We missed a great opportunity there,” said Flick. "We will learn our lessons from this."

On Wednesday, Flick sat at the approximately two-hour crisis summit with DFB President Bernd Neuendorf and DFL Supervisory Board Chairman Hans-Joachim Watzke in a hotel in Neu-Isenburg. The trio was able to agree on further cooperation after the next failure of the DFB selection in the World Cup group phase four years after the historic end under Joachim Löw in Russia.

"I have confidence in the common path agreed today with Bernd Neuendorf and Aki Watzke. We all want the whole of Germany to rally behind the national team again at the 2024 European Championships,” said the national coach. On Tuesday, Flick extremely regretted the farewell to Bierhoff (54), his closest confidante.

“We are both convinced that the 2024 European Championship in our own country represents a great opportunity for football in Germany. Our goal is to make this tournament a sporting success,” said Neuendorf. "We have full confidence in Hansi Flick that he will master this challenge together with his team. With regard to Oliver Bierhoff's successor, we have agreed that we will first discuss the future structure of this area of ​​responsibility within the DFB in order to then make a personnel decision."

Flick took over from Löw after the German team left the round of 16 at the European Championships in the summer of 2021. After seven titles with FC Bayern Munich, Bierhoff's dream solution was to lead Germany "back to the top of the world", as he said in his presentation.

Until the European Championships in a year and a half, the national team that automatically qualifies for the finals as hosts will only have friendlies to play. The next international matches will take place in March 2023 after a long winter break. With a record of eight wins, Flick was more successful than any national coach before him. In the following eleven games there are only three wins. At the World Cup, the DFB team was eliminated as third in the group after a 1-2 draw against Japan, a 1-1 draw against Spain and a 4-2 draw against Costa Rica.

‹ ›
Keywords:
OliverDFBFlickHansDieter (Fußballtrainer)Bierhoff
Your comment has been forwarded to the administrator for approval.×
Warning! Will constitute a criminal offense, illegal, threatening, offensive, insulting and swearing, derogatory, defamatory, vulgar, pornographic, indecent, personality rights, damaging or similar nature in the nature of all kinds of financial content, legal, criminal and administrative responsibility for the content of the sender member / members are belong.
Related News