For the first time since the pandemic-related ban on fireworks, the sale of rockets and firecrackers also started in Hamburg on Thursday. 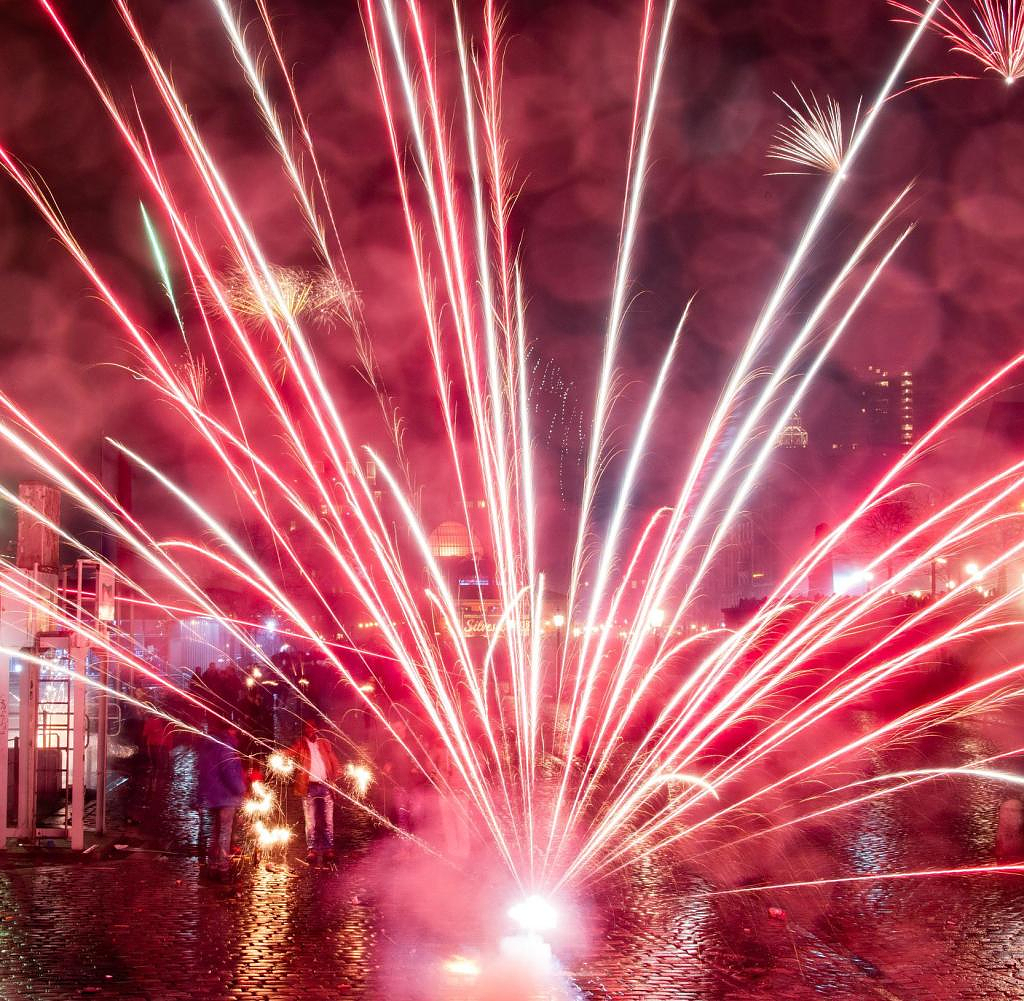 For the first time since the pandemic-related ban on fireworks, the sale of rockets and firecrackers also started in Hamburg on Thursday. "People have a great need to pop again," said Ewald Egg, manager of a fireworks shop. He doesn't notice much of the current crisis, his sales are at the level of 2019. Long queues formed in front of many shops. But Hamburgers should pay attention to this with fireworks on New Year's Eve.

The firing of fireworks and firecrackers is prohibited on New Year's Eve around the Binnenalster and on the Rathausmarkt. No firecrackers may be taken into the prohibited zone between 6 p.m. and 1 a.m. Only small fireworks – i.e. sparklers or crackers – are allowed. The ban applies to the streets Jungfernstieg, Neuer Jungfernstieg, Lombardsbrücke, Ballindamm and Reesendamm as well as the Rathausmarkt. The police expect around 10,000 revelers around the Binnenalster and in front of the town hall. The ban is intended to make New Year's Eve celebrations in the city center safer. The ban zone was set up for the first time in 2019/2020. Previously, there had often been situations in the crowd where numerous people were injured.

Every year, several hundred Hamburgers end up in hospitals on New Year's Eve - some with serious injuries. Several emergency medical professionals have called for a voluntary ban on setting off fireworks out of concern that emergency rooms could be overwhelmed. One of the doctors who treat serious injuries every year on New Year's Eve is Dr. Carsten Grohmann, senior physician in ophthalmology at the University Hospital Eppendorf. He advises only setting off official and approved fireworks, and before doing so, carefully reading and following the instructions for use. "The minimum distance should also be maintained," advises Grohmann and makes a clear appeal: "Fireworks do not belong in the hands of children!"

After New Year's Eve celebrations have largely been canceled in recent years due to the corona pandemic, the tenants' association in Hamburg expects that the people of Hamburg will celebrate together again this year. To avoid trouble, the association advises sticking to the house rules and communicating party plans to the other residents and not overdoing it with the volume. "After all, the turn of the year is a happy event that everyone wants and should celebrate in one way or another," says club chairman Rolf Bosse. He also reminds people never to fire rockets and firecrackers in the stairwell, in the house entrance or on the balcony and to keep all windows, skylights, balcony and terrace doors closed. It is also best to remove all flammable objects from the balcony.

Not only Hamburg's hospital doctors, but also the city cleaning department is in a state of emergency on New Year's morning. The clean-up work will begin at the Landungsbrücken, at the fish market, on the Reeperbahn, in the pedestrian zones in the inner cities of Harburg and Bergedorf and in some green spaces. The rest of the streets and parks will be gradually cleaned in the first days of the New Year. Anyone who is responsible for cleaning their own sidewalk must also do so as quickly as possible, even if they have not produced any firecracker waste themselves. So that the cleaning by the city cleaning works smoothly, the city cleaning asks everyone for help. Empty bottles and firework batteries clog the suction hoses of the sweepers. Fireworks batteries that have burned out and have become cold should therefore be disposed of directly in the black residual waste bins. Empty bottles belong in the glass container.

‹ ›
Keywords:
SilvesterbräucheSilvesterSilvesterunglückeFeuerwerksindustrieFeuerwerkFeuerwerkskörperHamburgHamburgAltstadtJungfernstiegRathausmarktTexttospeechEwald EggNeuer JungfernstiegLombardsbrückeKriseMusik
Your comment has been forwarded to the administrator for approval.×
Warning! Will constitute a criminal offense, illegal, threatening, offensive, insulting and swearing, derogatory, defamatory, vulgar, pornographic, indecent, personality rights, damaging or similar nature in the nature of all kinds of financial content, legal, criminal and administrative responsibility for the content of the sender member / members are belong.
Related News