After two rather quiet New Year's Eves, Hamburg started the new year 2023 with a loud bang. 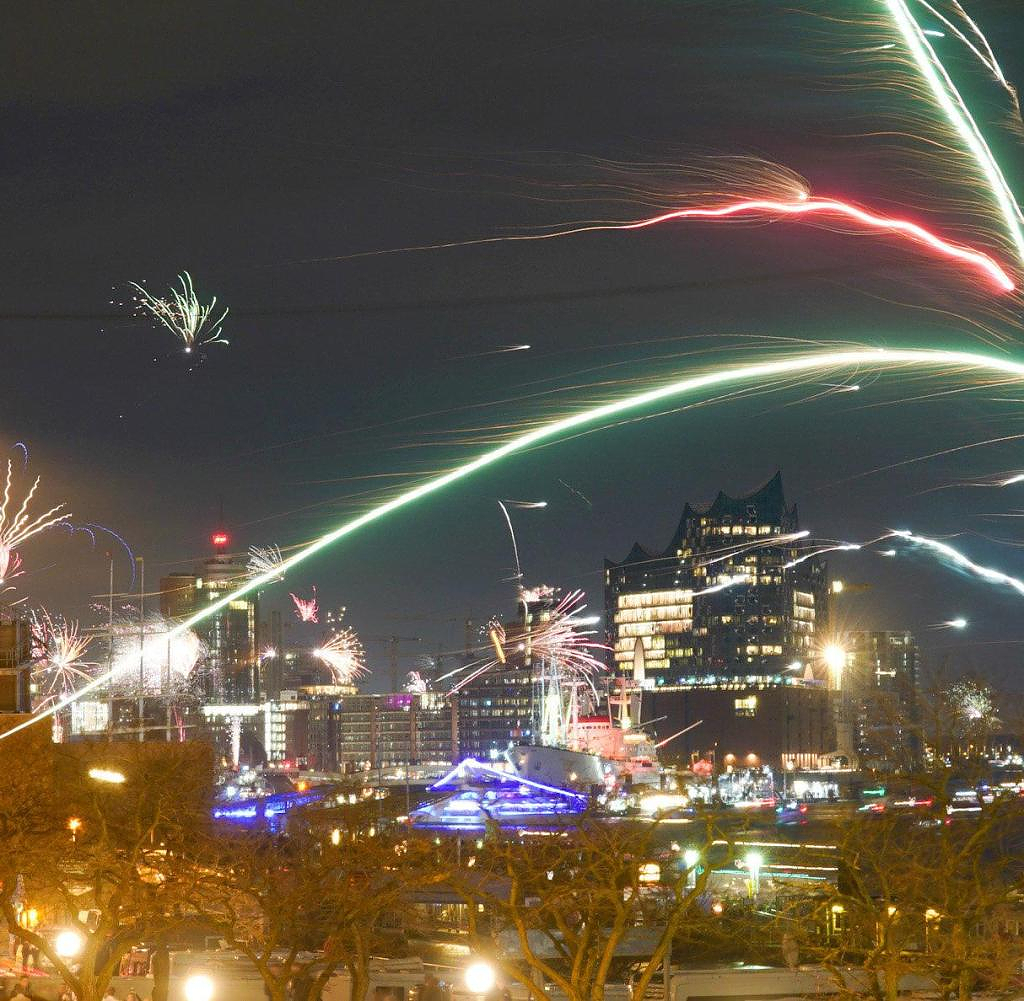 After two rather quiet New Year's Eves, Hamburg started the new year 2023 with a loud bang. Several thousand people watched the traditional New Year's Eve fireworks at the Landungsbrücken. The weather was surprisingly mild, with temperatures reaching 15 degrees, and the closer the new year came, the less rain fell.

There was a lot to do for the police and fire brigade. "It's picking up speed now," said a police spokesman early on New Year's Day. A fire brigade spokesman also reported on some operations – there were initially no major fires. Tens of thousands of people were out and about in the neighborhood, and the police were omnipresent here too.

The sale and lighting of fireworks in Germany were banned in the previous two years so as not to further burden hospitals during the pandemic. Firecrackers and rockets have been on the market again since Thursday.

It continues on New Year's Day: Hamburg's red-green Senate will receive greetings and congratulations on the New Year from around 500 personalities at the traditional New Year's reception in the town hall on Sunday (12.40 p.m.). As always, the reception begins with the New Year's greeting from the police orchestra at the gate of the town hall, while the flags of the Federal Republic of Germany and the Free and Hanseatic City of Hamburg are hoisted on the two state flagpoles, as the press office of the Senate announced.

Then the First Mayor Peter Tschentscher (SPD) and the Second Mayor Katharina Fegebank (Greens) personally accept the New Year's greetings in the tower room. The first greeting traditionally comes from the President of the Hamburg Parliament, Carola Veit. This was followed by around 500 Hamburg residents, including representatives of numerous clubs and associations, traditional costume groups, marksmen's guilds and Hamburg originals such as Lemon Jette and Hummel.

‹ ›
Keywords:
HamburgLauterbachJörnSilvesterCarola VeitSPDPeter TschentscherKatharina FegebankPolizeiKrimi
Your comment has been forwarded to the administrator for approval.×
Warning! Will constitute a criminal offense, illegal, threatening, offensive, insulting and swearing, derogatory, defamatory, vulgar, pornographic, indecent, personality rights, damaging or similar nature in the nature of all kinds of financial content, legal, criminal and administrative responsibility for the content of the sender member / members are belong.
Related News