Stones thrown at politicians' official cars, an acid attack on the home of a magistrate, attacks on police officers' private vehicles: in view of a series of attacks on the personal sphere of individuals, the President of the Hamburg Office for the Protection of the Constitution, Torsten Voß, has warned of a new form of left-wing extremist violence. 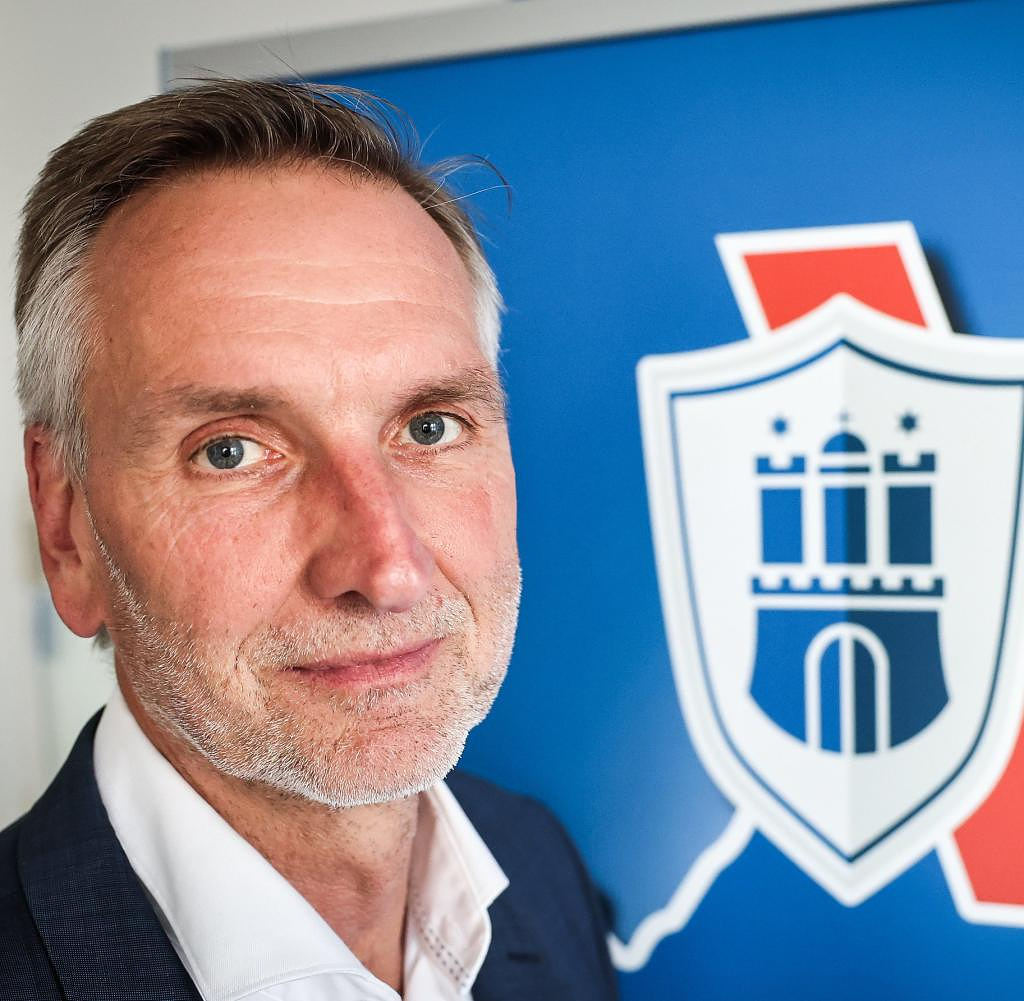 Stones thrown at politicians' official cars, an acid attack on the home of a magistrate, attacks on police officers' private vehicles: in view of a series of attacks on the personal sphere of individuals, the President of the Hamburg Office for the Protection of the Constitution, Torsten Voß, has warned of a new form of left-wing extremist violence. "We have been observing for several years that violent left-wing extremists are changing their strategy," Voß told the daily newspaper WELT.

Attacks are no longer just aimed at companies and institutions. "Increasingly, the focus is on individuals who are obviously deliberately intended to be intimidated by attacks on their personal sphere as alleged or actual political opponents," said Voss. The attacks were not only aimed at high officials and representatives of the state, but also at ordinary employees of the security authorities or the judiciary.

Voss referred to several attacks in recent years. In December 2019, left-wing extremists attacked the company car of Hamburg's Interior Senator, Andy Grote (SPD), with stones and paint bags when he was driving his then two-year-old son to daycare. Just six months later, the tires of Grote's wife's car were punctured. Here, too, investigators suspected that the crime was committed by left-wing extremists.

In Berlin, members of the scene of the partially occupied house on Rigaer Strasse in the Friedrichshain district, which is considered particularly prone to violence, attracted attention with acts of violence against individuals. Most recently, in May of this year, scene-goers claimed responsibility for an attack on the private car of a police officer who had been deployed as an undercover investigator on Rigaer Strasse.

In August of this year, another case from Hamburg caused a stir. Left-wing extremists attacked the private home of a magistrate with paint and butyric acid. The judge had previously convicted perpetrators of the 2017 G-20 riots. Family members were also in his house in the south of Hamburg at the time of the attack.

In July 2020, the Federal Office for the Protection of the Constitution (BfV) had already warned of a strategy change by violent left-wing extremists “from mass militancy to clandestine small group actions”. Small groups could "split off from the rest of the scene," it said. It is even possible that “terrorist structures could develop”. BfV President Thomas Haldenwang warned that the perpetrators "accepted" the most serious injuries or even the possible death of people.

Fortunately, the warning of terrorist structures has not come true so far, said Hamburg's head of the Office for the Protection of the Constitution, Voss. A new form of left-wing terrorism, similar to that of the RAF, does not currently exist in the Federal Republic.

"But attacks on personal life can leave deep scars," said Voss. The feeling of fear can accompany the victims for years. The focus on the personal sphere of unpopular people also marks a dangerous shift in boundaries.

Voss described attempts by left-wing extremists to dock onto socially relevant discussions and actually instrumentalize democratic initiatives for left-wing extremist anti-democratic goals as just as dangerous. It is about widely accepted topics such as climate protection, the fight against right-wing extremism or help for refugees. Groups such as the violence-oriented "Interventionist Left" would try to influence discourse on these issues and win new supporters for the initiatives.

The aim is to dissolve the boundaries between extremist and democratic commitment, said Voss. The protection of the constitution describes this as “delimitation”. Voss named the “Seebrücke Hamburg” and “Ende Gelände Hamburg” as examples of campaigns that were influenced by the violence-oriented “Interventionist Left”.

The future of the left-wing extremist scene is not foreseeable. "The federal and state authorities must continue to monitor developments closely," said Voss. In addition to Hamburg, the strongholds of the scene also included Berlin and Leipzig.

‹ ›
Keywords:
Innere SicherheitLinksextremismusInvestigationHamburgGroteAndy (SPD)VerfassungsschutzRigaer StraßeGewaltLinksextremistAnschlagTorsten VoßTerrorismusLebensbereich
Your comment has been forwarded to the administrator for approval.×
Warning! Will constitute a criminal offense, illegal, threatening, offensive, insulting and swearing, derogatory, defamatory, vulgar, pornographic, indecent, personality rights, damaging or similar nature in the nature of all kinds of financial content, legal, criminal and administrative responsibility for the content of the sender member / members are belong.
Related News