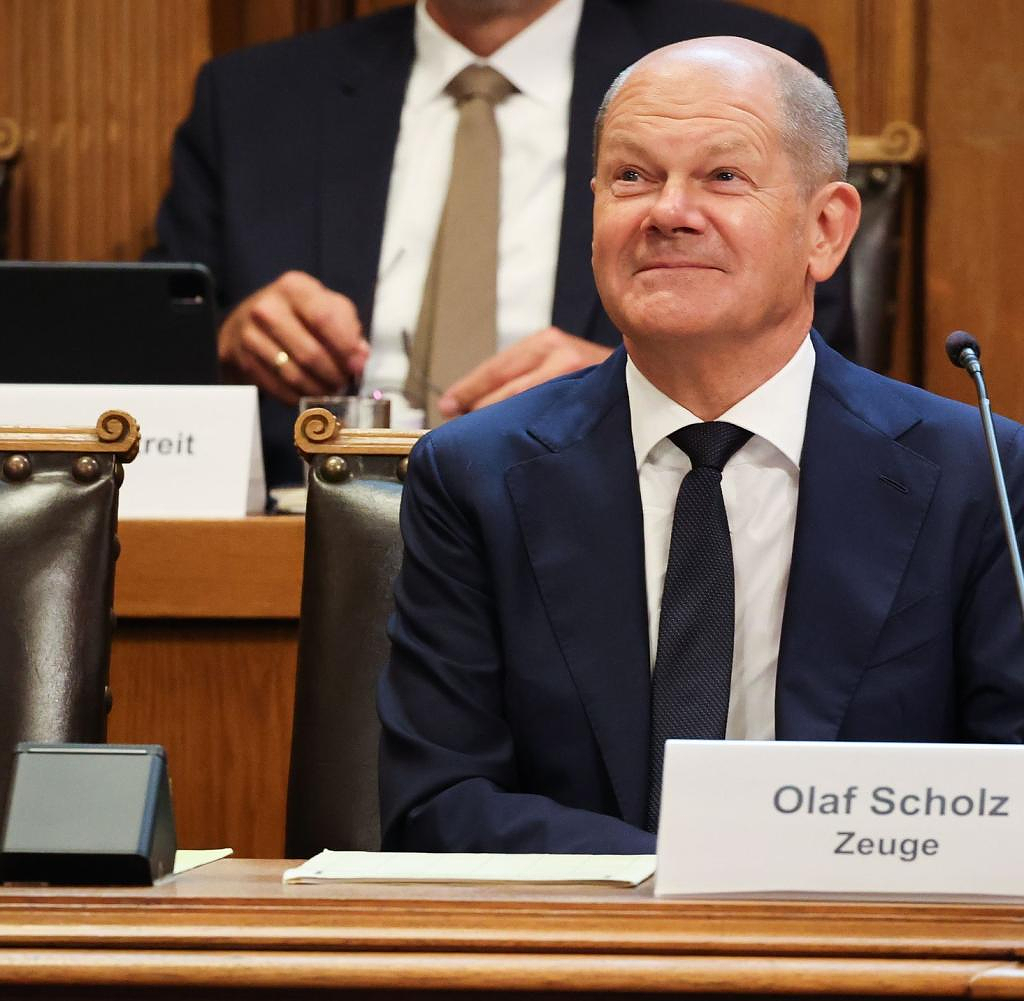 The Hamburg public prosecutor's office took four months. Shortly before Christmas, she decided not to initiate preliminary proceedings against Federal Chancellor Olaf Scholz (SPD) for unsworn false statements in the Cum-Ex scandal. The Hamburg criminal defense lawyer Gerhard Strate reported Scholz because he is said to have told the parliamentary investigative committee of the Hamburg Parliament untruth.

After the public prosecutor's office had rejected a first complaint by the well-known lawyer in the spring, Strate followed up in October. At that time, parts of Scholz's statements about a meeting with Warburg Bank shareholder Christian Olearius before the Bundestag's finance committee had become public.

Scholz met Olearius three times in 2016 and 2017 and spoke to the banker once on the phone. While Scholz commented on the content of a meeting with Olearius before the finance committee in 2020, he stated before the Hamburg committee of inquiry in 2021 that he had no memory of the talks himself.

In 2016, the tax authorities in Hamburg waived the reclaim of the millions. In 2017, she only asked for a tax refund of 43 million after the Federal Ministry of Finance had exerted pressure.

Since the talks between Olearius and Scholz were close to the decisions of the tax administration, the parliament in Hamburg has been investigating for more than two years whether there was political influence by Scholz, who was mayor of the Hanseatic city at the time, or by the former finance senator and current Mayor Peter Tschentscher (SPD). So far there is no evidence for this.

Both Tschentscher and Scholz have already testified before the investigative committee in Hamburg, and Scholz even twice. Since then there has been a dispute, especially about Scholz's statement. Because the Chancellor is not actually known for memory gaps, such as those cited by Scholz in the case of the meetings with Christian Olearius.

Attorney Strate is bothered by this. Before the finance committee, Scholz did not once refer to the alleged lack of memory, according to Strate, who therefore does not want to accept the public prosecutor's notice of termination. Even before he received the decision on December 27th, he had added his criminal complaint on December 23rd.

Because it was only on December 14 that the finance committee no longer classified the protocol of the second Scholz survey on Cum-Ex, which had previously been classified as such. This makes it clear that Scholz still remembered one of the conversations with Olearius in a certain way during his second survey, which took place in Berlin in July 2020 - i.e. nine months before the performance in Hamburg.

According to the memorandum that Strate attached to his ad extension, Scholz reported to the committee in Berlin that many things had been discussed. "What Christian Olearius told him, he wrote down. From Strate's point of view, this shows that the Scholz conversation "has not disappeared from memory, but it shows Scholz as someone "who still remembers this conversation."

In Berlin, Scholz testified as Federal Minister of Finance, in Hamburg as a witness. This leads to other conditions. In Berlin, Scholz would - to put it in layman's terms - not have to adhere to such strict guidelines as before the parliamentary committee of inquiry, whose witness hearings are comparable to those in court. In Berlin, for example, he was also able to refer to press reports that were already known, but in Hamburg it was his own memories that counted.

Strate does not want to accept that, especially not based on the new findings from the previously kept secret minutes of the finance committee. At the same time as the objection, he lodged a "complaint within the framework of the technical supervision". The legal tug-of-war on this issue is going into at least one more round.

With another ad, Strate reported Scholz and Tschentscher for aiding and abetting tax evasion. In this case, the Cologne public prosecutor's office had decided not to initiate proceedings against the two politicians because "no initial suspicion" existed.

‹ ›
Keywords:
WittegenanntVedderJuliaScholzOlafTschentscherPeterStrateGerhardCumExSkandalOleariusChristianTexttospeechOlaf ScholzGerhard StrateSPDChristian OleariusKölnBundestagKrimiHamburgStaatsanwaltschaftFalschaussage
Your comment has been forwarded to the administrator for approval.×
Warning! Will constitute a criminal offense, illegal, threatening, offensive, insulting and swearing, derogatory, defamatory, vulgar, pornographic, indecent, personality rights, damaging or similar nature in the nature of all kinds of financial content, legal, criminal and administrative responsibility for the content of the sender member / members are belong.
Related News