Hamburg is celebrating its port birthday this year

For two years, fans of the Port of Hamburg and ship enthusiasts had to do without the Hamburg Port Birthday due to the corona virus. 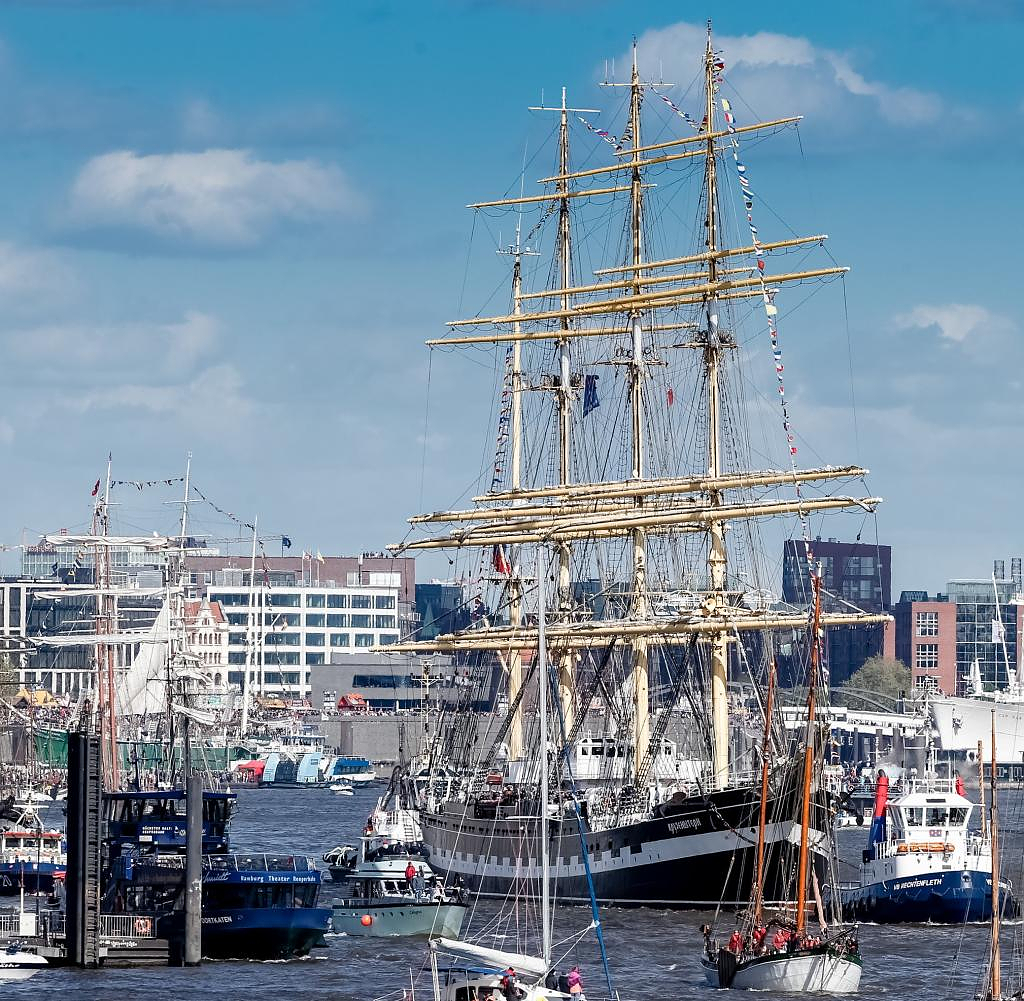 For two years, fans of the Port of Hamburg and ship enthusiasts had to do without the Hamburg Port Birthday due to the corona virus. On Friday, impressive tall ships, mighty naval boats, historic museum ships and many other boats and ships will again enter the port of Hamburg together and open the celebrations for the 833rd port birthday in Hamburg with this entry parade. The maritime folk festival on the famous promenade along the Elbe between the fish auction hall and the Elbphilharmonie expects several hundred thousand visitors until Sunday.

“After two years of abstinence, I think everyone is looking forward to the port birthday again. I also assume that we will have a huge response. Everyone wants to distract themselves a bit and want to celebrate," said Hamburg's Economics Senator Michael Westhagemann (independent) on Monday in Hamburg.

In addition to the traditional arrival and departure parade on Friday and Sunday, there will also be the tractor ballet with at least four tractors on Saturday afternoon. For this, according to the city, one-of-a-kind spectacle, the maneuverable boats with up to 3000 hp dance on the water to classical music and Hamburg melodies. Another highlight of the four-kilometre-long, maritime Umsonst

There is also a lot of music on the ten stages of the harbor birthday. Among others, Selig, Pohlmann, Tonbandgerät, Roachford, Jeder Tag Silvester, Cosmopauli, Truck Stop, The Rattles, Lotto King Karl, Rednex, Captain Jack, Extrabreit and the St. Pauli cult band Earenfeindt will perform there. Country partner this year is Croatia. The country presents its traditions, its music and its food on the Kehrwiederspitze near the Elbphilharmonie.

This time, the Hamburg harbor birthday will also include the other side of the Elbe and will make it possible to cross to the museum harbor using shuttles. Visitors can board more than 25 traditional and museum ships, tugboats, light ships, fisheries protection boats, general cargo ships, naval ships and similar watercraft on both sides of the country.

The people of Hamburg consider May 7th, 1189 as the birthday of their port - at that time the citizens were granted duty-free for their ships on the Elbe from the city to the North Sea. The Hamburg Port Birthday has been celebrated since 1977 and is considered one of the largest port festivals in the world.

For the first time in the long history of the festival, the Hamburg Port Birthday will be celebrated in September this year. Next year, the celebrations, which normally attract up to a million visitors to the city, are to take place again in May.

‹ ›
Keywords:
HamburgVolksfesteHafengeburtstagHäfen
Your comment has been forwarded to the administrator for approval.×
Warning! Will constitute a criminal offense, illegal, threatening, offensive, insulting and swearing, derogatory, defamatory, vulgar, pornographic, indecent, personality rights, damaging or similar nature in the nature of all kinds of financial content, legal, criminal and administrative responsibility for the content of the sender member / members are belong.
Related News