Hamburg has to rely on an exhibition hall for refugee accommodation

In Hamburg, a trade fair hall has been prepared to accommodate 400 refugees from the Ukraine. 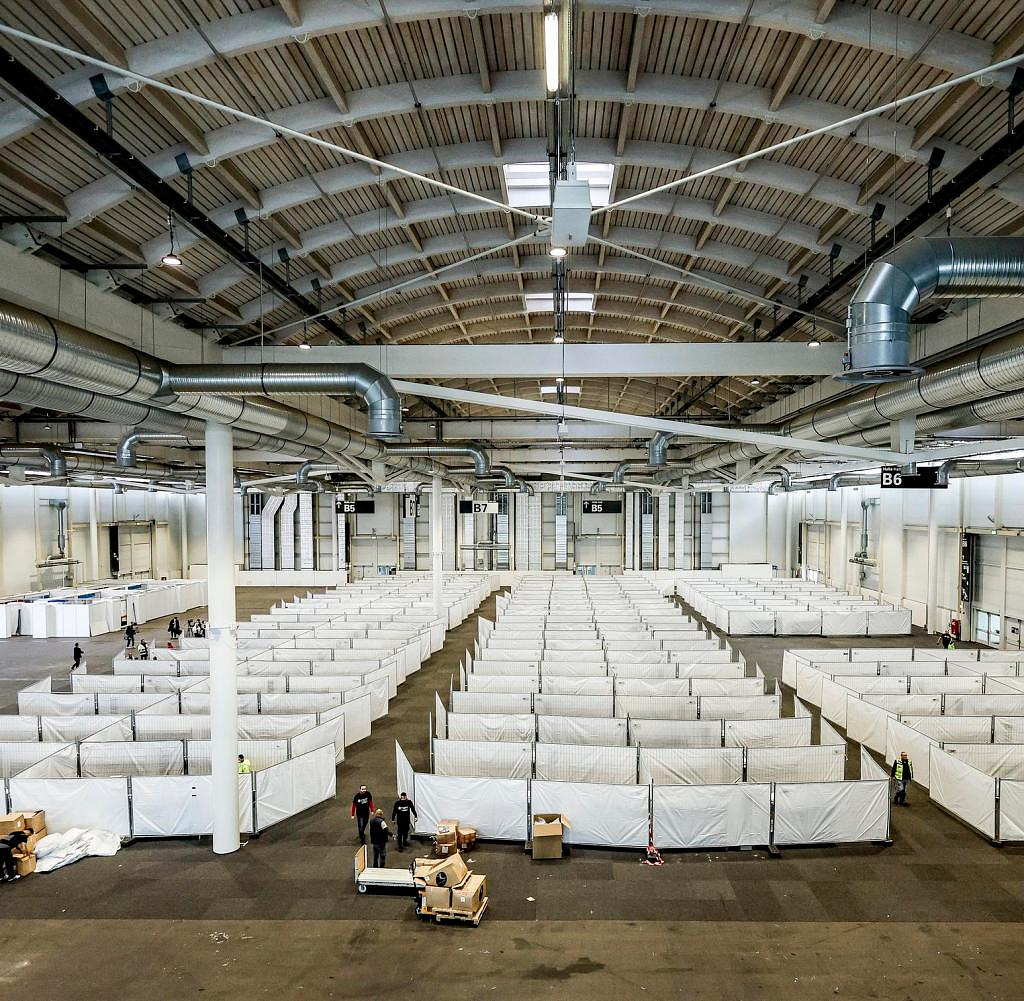 In Hamburg, a trade fair hall has been prepared to accommodate 400 refugees from the Ukraine. Helpers set up partitions and beds. The first people seeking protection are expected in the next few days, as could be seen on Sunday at a first presentation in the exhibition hall.

According to the social security authority, it has become necessary to use the exhibition hall to accommodate refugees because all the existing accommodations are occupied except for a few remaining places. The influx of people seeking protection from Ukraine is still significant. Around 34,000 Ukrainians are currently housed in Hamburg who sought protection in Germany after Russia invaded their country. According to the authorities, around 19,000 of them depend on the city providing them with accommodation. The exhibition hall is intended for temporary accommodation.

Just last week, the opposition in the Hamburg Parliament accused the Senate of failings in refugee policy. Red-Green did not learn any lessons from the refugee crisis of 2015, the CDU, Left and AfD agreed on Thursday in the current hour of the citizenship. It was foreseeable that as a result of the Russian attack "more and more refugees would arrive from Ukraine," said the CDU social politician Andreas Grutzeck. However, it turned out that the Senate was overwhelmed with their admission and accommodation. For years, accommodation places in Hamburg had been reduced, said Carola Ensslen from the left. "How short-sighted."

AfD faction leader Dirk Nockemann said, "we are back in the middle of 2015". He called the promise to take in all refugees from Ukraine megalomania. First, space must be created to accommodate new people. "We need a double bang for deportation," he demanded. MPs from the other parties accused the AfD of wanting to make a name for itself at the expense of the refugees. "We know that their world view is simple and plain," said Sören Schumacher from the SPD.

Hamburg is facing major challenges. "44,000 people are in public accommodation, soon there will be 50,000". Every day, 80 to 100 more people from Ukraine come to the city, and 50 more a day from other countries. “These people also need support and help,” he said.

The temporary accommodation of refugees in gyms or containers is necessary in this situation. "All of this is better than leaving people homeless," said Schumacher. Now “areas and buildings should be searched for in every part of the city”. "Solidarity and humanism shows up in times of crisis," warned Michael Gwosdz from the Greens. This also results in “an obligation to take people in and offer them safe accommodation”.

‹ ›
Keywords:
HamburgFlüchtlingeUkraineLauterbachJörnMessehalleDie LinkePolitikBündnis 90Die GrünenAfD
Your comment has been forwarded to the administrator for approval.×
Warning! Will constitute a criminal offense, illegal, threatening, offensive, insulting and swearing, derogatory, defamatory, vulgar, pornographic, indecent, personality rights, damaging or similar nature in the nature of all kinds of financial content, legal, criminal and administrative responsibility for the content of the sender member / members are belong.
Related News